What that energy drink can do to your body 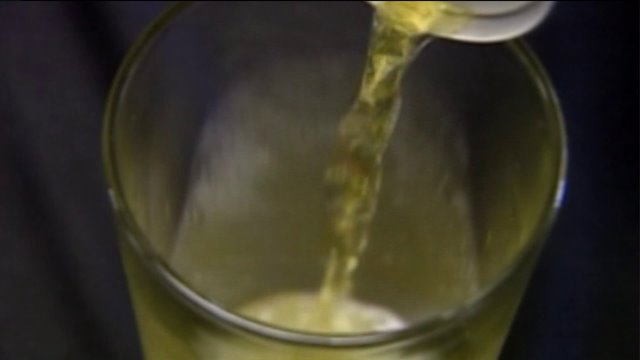 The company has now agreed to pay $13 million after claims that customers were misled about the drink`s safety.

Energy drinks may be popular — the global energy drink market was worth $39 billion in 2013 and is forecast to reach $61 billion by 2021 — but they have gotten a bad rep among health experts.

They “may pose danger to public health,” warns the World Health Organization. Children “should not consume” them, cautions the American Academy of Pediatrics.

The American Beverage Association stands by the safety of energy drinks, indicating that many of their ingredients are also found in common foods and have been rigorously studied for safety.

So what exactly are those ingredients, and how do they impact your body?

Over the years, concerned experts have been getting closer to answering those questions, said Dr. John Higgins, a sports cardiologist with McGovern Medical School at the University of Texas Health Science Center in Houston.

Most energy drinks typically contain large amounts of caffeine; added sugars; vitamins, such as B vitamins; and legal stimulants, such as guarana, a plant that grows in the Amazon; taurine, an amino acid that's naturally found in meat and fish; and L-carnitine, a substance in our bodies that helps turn fat into energy.

"Overall, the concern is that these vitamins, amino acids and herbals are often in higher concentrations than naturally in food or plants, and the effects when combined especially with caffeine may be enhanced," said Katherine Zeratsky, a clinical dietitian at the Mayo Clinic in Rochester, Minnesota.

Higgins, who has led multiple studies on energy drinks and health impacts, agreed.

With the caffeine, sugar and stimulants, Higgins said that more research is needed to determine how those ingredients could interact to cause negative health effects.

"They're sort of a black box. We really don't know a lot about them," Higgins said of energy drinks.

"People need to be aware of that," he said. "For certain groups, it could be potentially dangerous, like for those under 18, women who are pregnant, people who have a caffeine sensitivity, people who don't consume caffeine on a regular basis and people who are taking certain medications, like Adderall for attention deficit (disorder)."

Rachel Hicks, a spokeswoman for the American Beverage Association, issued a statement from the group that said many people around the world have safely consumed energy drinks for more than 25 years.

"Many of the ingredients in energy drinks, such as B vitamins and taurine, are found naturally in many foods," the statement said.

"The fact remains that energy drinks have been extensively studied and confirmed safe for consumption by government safety authorities worldwide including a recent review by the European Food Safety Authority. America's leading energy drink manufacturers voluntarily go beyond all federal requirements when it comes to responsible labeling and marketing practices, including displaying total caffeine content -- from all sources -- on their packages," the statement said. "As recently as 2015, EFSA again concluded that it is unlikely that energy drink ingredients such as taurine interact adversely with, or enhance the effects of, caffeine."

Here's a look at how certain parts of your body may be affected after guzzling more than the recommended amount of energy drink, according to experts.

'Arteries of his heart were completely locked up'

After chugging an energy drink, you might notice your heart rate increase.

Your rapidly beating heart could pose a health risk, as "energy drinks not only have been shown to raise stress levels, increase heart rate, increase blood pressure, they've also been shown to make the blood a little bit thicker," Higgins said.

The impacts that energy drinks may have on your heart and cardiovascular system could be due to how the caffeine interacts with other ingredients, such as the taurine, Higgins said.

Taurine, a common amino acid, can affect the levels of water and minerals in your blood. Bits of guarana, the plant from the Amazon, are commonly added to energy drinks and already contain caffeine, which can increase a drink's total caffeine amount.

"There's been several cases described of people that have gone into cardiac arrest after consuming more than one energy beverage, and when they've done sort of further analysis on these individuals, they haven't been able to find anything abnormal other than the very high levels of caffeine and taurine in the toxicology," Higgins said.

"In one case, a young 28-year-old who drunk eight cans of an energy drink actually went into cardiac arrest, and they found his arteries of his heart were completely locked up. When they were able to open them up, all the testing revealed nothing wrong with this person other than he had high levels of caffeine and taurine," he said.

The possible interaction of caffeine with the other ingredients in energy drinks may impact the function of your arteries by inhibiting them from dilating properly, especially during exercise, Higgins said.

"The blood vessels in the heart during exercise have to get larger; they dilate and get larger so that more blood flow can get to the heart," he said.

A small study published in the Journal of the American Heart Association on Wednesday found that consumption of 32 ounces of an energy drink was associated with more changes in the heart's electrical activity and elevated blood pressure than other drinks with an equal amount of caffeine. But the study involved only 18 people.

"Our results should be interpreted with caution due to several limitations," the study authors wrote. "Importantly, our results only appear to be significant relative to the caffeine group, and the change from baseline post energy drinks is not alarming."

Large amounts of caffeine, however, might affect not only your body, but also your brain.

Energy drinks and the brain

Depending on how many energy drinks you consume, doses of caffeine equal to or above 200 milligrams can be linked to caffeine intoxication, according to a paper published in the International Journal of Health Sciences in 2015. Symptoms include anxiety, insomnia, gastrointestinal irritation, muscle twitching, restlessness and periods of inexhaustibility.

"To give you an idea of products containing caffeine, Java Monster contains 100 milligrams per serving; 5 Hour Energy contains 200 milligrams per serving, and keep in mind that does not include amounts of other stimulants found in energy drinks that can enhance the effects of caffeine," said Sheri Zidenberg-Cherr, nutrition specialist and vice chairwoman in the department of nutrition at the University of California, Davis.

The US military has even warned against troops consuming too many energy drinks since doing so has been associated with sleep disruption, leading to periods of fatigue during briefings or on guard duty.

Service members who drank three or more energy drinks per day were more likely to report about four hours of sleep or less, on average, per night than those who drank two or fewer a day, according to a study conducted in 2010.

The Consortium for Health and Military Performance recommends that service members, from sailors to Marines, limit their caffeine intake to no more than 200 milligrams every four hours and no more than 800 milligrams throughout the day, according to the Navy and Marine Corps Public Health Center.

Some papers and research have linked energy drink consumption to an increased risk for symptoms of mental health problems. However, a review paper published in the Journal of Caffeine Research last year suggests that there is not enough evidence to determine causation or direction of effect.

Now that energy drinks have grown in popularity, especially among adolescents, many health experts are concerned about the impacts they could have on young consumers.

How much 'energy' kids, adults could drink

Th copious amounts of caffeine that energy drinks tend to contain are why the American Academy of Pediatrics has recommended that children avoid consuming them.

For adolescents, 12 to 18, the academy recommends that they should not exceed 100 milligrams of caffeine a day, according to the CDC.

An intake of caffeine greater than 100 milligrams a day has been associated with elevated blood pressure in adolescents, said Zidenberg-Cherr.

As for most adults, up to 400 milligrams of caffeine a day appears to be safe, according to the Mayo Clinic.

"Healthy adults who choose to drink energy drinks should not exceed one can per day," the Mayo Clinic's Zeratsky said.

Some parents and children may not even be aware of the potential health risks associated with energy drinks due to the way they are marketed, Zidenberg-Cherr said.

"There is no regulation of the marketing of energy drinks targeted at young adults," she said.

Energy drinks are popular among young athletes, especially for an extra energy boost. Yet the National Federation of State High School Associations recommends that they not be used for hydration prior to, during or after physical activity.

Furthermore, a common ingredient in energy drinks, guarana, is mentioned in the NCAA's 2016-17 banned drugs list, which is provided online.

Higgins, the Houston sports cardiologist, said that while shopping at a grocery store on a recent Saturday morning, he saw a woman with a 12-pack of Red Bull. Her son, who Higgins said appeared to be about 11 years old and who was wearing soccer gear, stood nearby.

They were waiting in line at a checkout counter.

"She was having a conversation, and the boy said, 'Oh, yeah, gee, our team will really do well today when we're having the Red Bull at the halftime.' And I was just thinking, wow, back in our day, we used to have oranges, bananas, water and juice, and they're doing energy drinks," Higgins said.

"That just sort of told me, the mom obviously didn't understand that these are not like oranges or bananas or even juices," he said. "These are a completely different beast, and that's part of the confusion that people have."