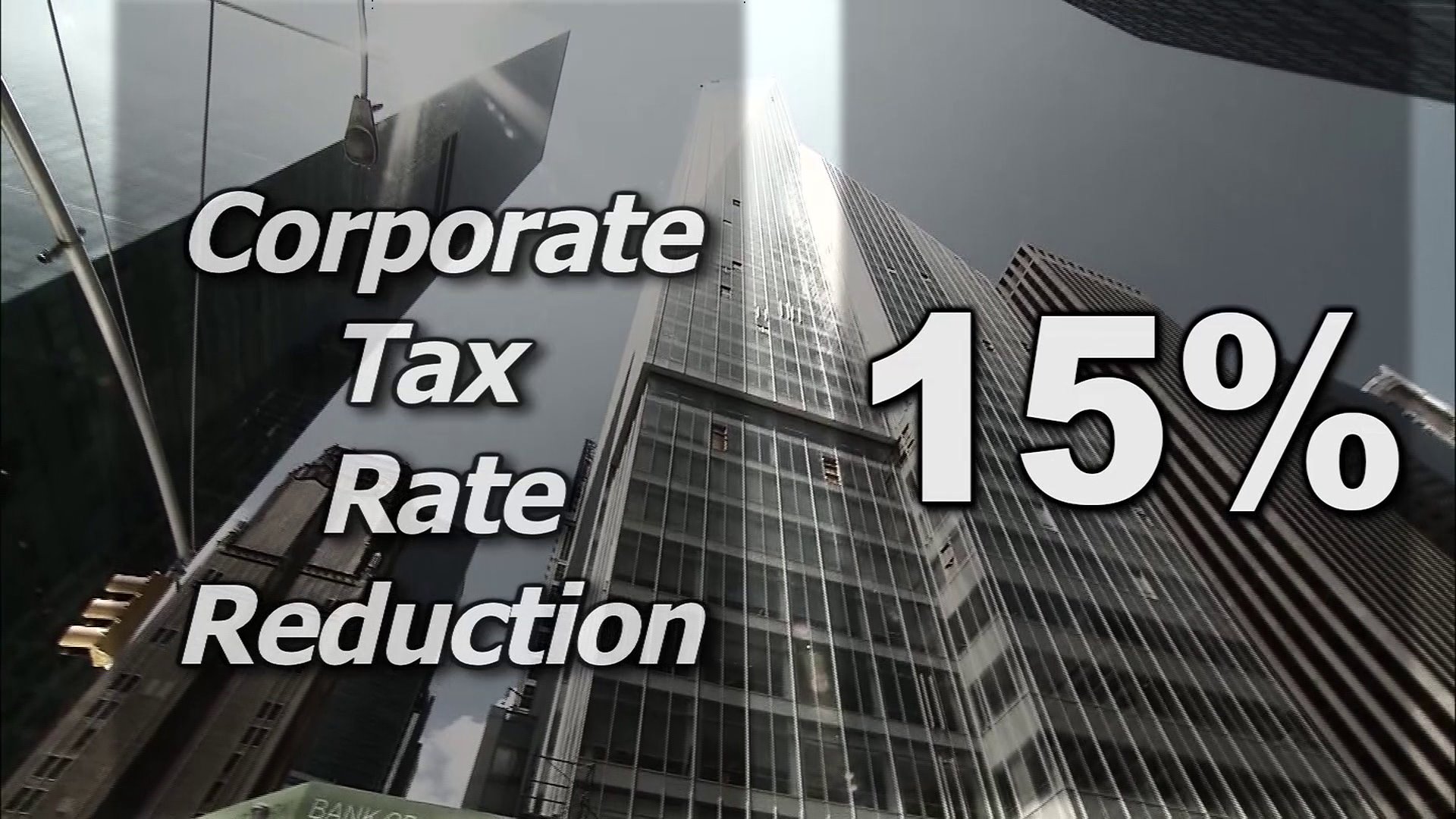 The Trump administration is finally outlining its new proposal for tax reform, which leans heavily on tax cuts.

NEW YORK — The Trump administration is finally outlining its new proposal for tax reform, which leans heavily on tax cuts.

But so far the plan is pretty thin on details. And very little in the proposal is new, or wildly different from what the president already proposed during his campaign.

This, despite repeated statements from President Trump and Treasury Secretary Steven Mnuchin recently that the administration has been hard at work crafting a new plan that would be out "very soon."

A big promise that Trump and Mnuchin are sticking to: Trump's tax proposals will offer "the biggest tax cut and the largest tax reform in the history of this country," Mnuchin said Wednesday morning in an interview with The Hill.

For instance, in a bid to spur economic growth and make businesses more competitive internationally, Trump wants to slash the top tax rate for all businesses to 15%, far below the current top rates.

But the administration's tax outline still leaves many questions unanswered and will be met with a lot of skepticism, even though Republicans control Congress. In fact, some GOP aides suggest that the White House -- with its emphasis on tax cuts and few details on how they'd be paid for -- is not constructively contributing to a serious discussion of tax reform.

"It's not tax reform," one senior GOP aide told CNN. "Not even close."

Based on what Mnuchin said Wednesday and what White House officials have told CNN, here's what we know so far about the president's likely tax proposal.

Much lower business rates: Trump still wants to slash the top tax rate for all businesses to 15%, as he proposed during the campaign. That's well below the top rate of 35% for corporations today, although the real top rate they pay is less after tax breaks.

One-time tax on overseas profits: The president may again call for a low, one-time tax on the $2.6 trillion of profits that were earned overseas by U.S. multinational corporations and were technically never brought back to the United States.

The Tax Policy Center estimated last fall that such a provision could raise $148 billion over a decade, money that could be used to offset the cost of some of Trump's desired tax cuts.

Switch to a territorial tax system: Today, U.S. companies must pay tax on all their profits, regardless of where in the world those profits are earned.

Trump may join Republicans who want to switch to a territorial system for businesses. That would mean U.S. companies would only owe U.S. tax on what they earn in the United States.

"We don't think it works in its current form, and we will have discussions with [House tax writers] about revisions," Mnuchin said.

A border adjustment tax would fundamentally alter how imports and exports are taxed. Under the House plan, companies could no longer deduct the cost of their imported goods, and sales of their exports would no longer be subject to U.S. tax.

Such a provision could raise more than $1 trillion over a decade, which the House GOP was counting on to help offset the cost of their proposed rate cuts.

Trump has been a proponent of a selective import tax -- and has suggested he might favor a "reciprocal" tax. But he has yet to explain what that means.

Lower individual income tax rates: The proposal is expected to call for reducing the number of tax brackets from seven to three for individuals.

He later amended his plan, calling for somewhat higher rates to match what House Republicans have been calling for: 12%, 25% and 33%.

The White House still hasn't settled on which rates they'll propose, although Trump and Mnuchin have stressed his plan will offer tax relief for middle-income families.

Tax break for child care costs: It's not clear what specifically he will call for. But late in the campaign, Trump called for two tax breaks to help ease families' child care costs. One would let parents deduct the average cost of child care in their state, based on their child's age.

The other would give a tax break to anyone who sets aside up to $2,000 a year to cover costs associated with child care and elder care.

The contributions would be tax deductible, then grow tax free.

Tax and child care policy experts have said both breaks, as proposed, would disproportionately benefit wealthier families. And in the case of millions of low- and middle-income families, the breaks would raise their tax burden when combined with Trump's other proposals to eliminate head of household status, repeal personal exemptions and raise the lowest income tax rate to 12% from 10% currently.

Eliminate most deductions: Trump may align himself with House Republicans, by calling for the elimination of all deductions except those for mortgage interest and charitable contributions.

Originally he'd called for a cap on itemized deductions.