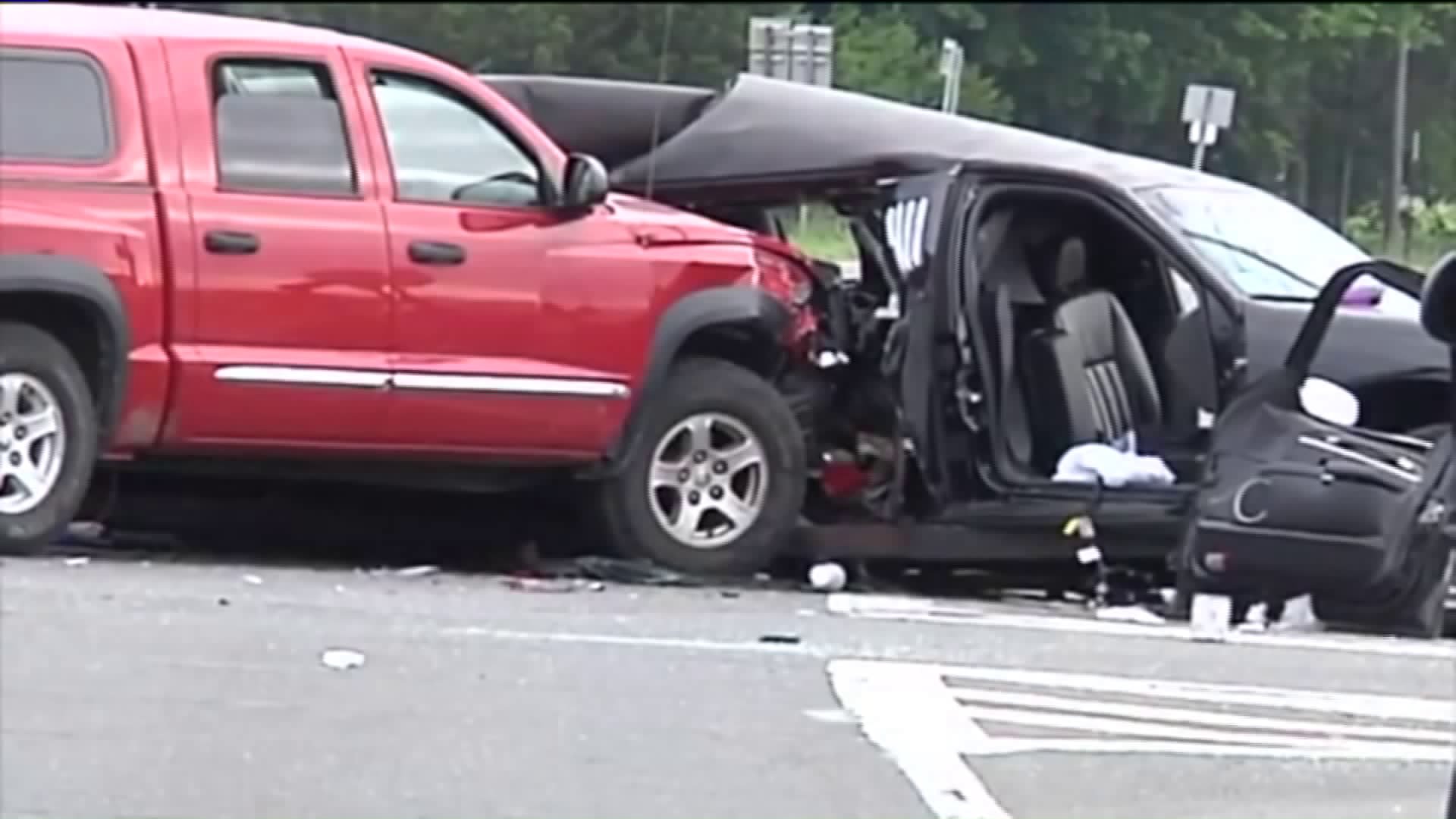 Steven Romeo was charged with DWI, but his blood alcohol was later proved to be under legal limit.

LONG ISLAND — It was a brutal collision that left four young women dead and seriously injured four others, as well as a bride-to-be whose upcoming wedding the young women were celebrating.

For now, though, nobody faces any time behind bars for the quadruple killing. It's a fact that had relatives of the victims fuming.

They'd gone to a hearing for Steven Romeo, 57, who'd rammed his red pickup into the limousine in which the women were riding after leaving a vineyard on Long Island's North Fork two years ago.

On Wednesday morning, a Suffolk County judge sentenced Romeo to having his license suspended for 90 days, plus a $500 fine and court fees.

Relatives of the four victims shouted at Romeo's attorney in court, as he tried to make a statement of remorse on behalf of his client. The lawyer was not able to finish his statement.

One of the relatives uttered an expletive as he walked out of the courtroom following the hearing. Another was sniffing back the tears she'd wept in court as the sentence was passed down.

It was the result of a plea arrangement that prosecutors from the Suffolk County District Attorney's Office had made, they said, after realizing that pursuing a trial may not be productive.

"Based upon the state police's very thorough reenactment" of the crash, said Assistant District Attorney John Scott Prudenti, after the hearing, "they concluded a sober driver could not have avoided this crash."

On the July 2015 day on which the quadruple killing happened, the limousine driver, Carlos Pino, made an illegal U-turn in front of Romeo, whose blood alcohol level measured 0.66, when it was measured well over an hour after the crash. Killed were Brittany Schulman, Lauren Baruch, Stephanie Belli and Amy Gribina. All of the victims were between 23 and 24 years old.

Pino had been charged with criminally negligent homicide, but those charges were dropped last year.

At court on Monday, Romeo had nothing to say, even after the sentence was handed down. His lawyer, Steve O'Brien, did say what he'd unsuccessfully tried to convey in court to the victims' relatives.

"Steve has felt sorrow for the families from day one," said O'Brien. "Steve Romeo was not the cause of this case, and today's resolution confirms that."

Romeo's was officially .06. That qualified him for the lesser charge, making him, for better or worse, a strong candidate for the plea deal that he got, according to attorney and legal analyst Amy Dash.

"Trials are expensive," she continued, adding that prosecutors don't enter into them lightly. If a prosecutor is convinced there is no strong case against a particular defendant, she said, "they get a lesser sentence."

Dash said that she favors all of the facts of the case being heard in a court of law. The prosecutor agrees. He is appealing the case.