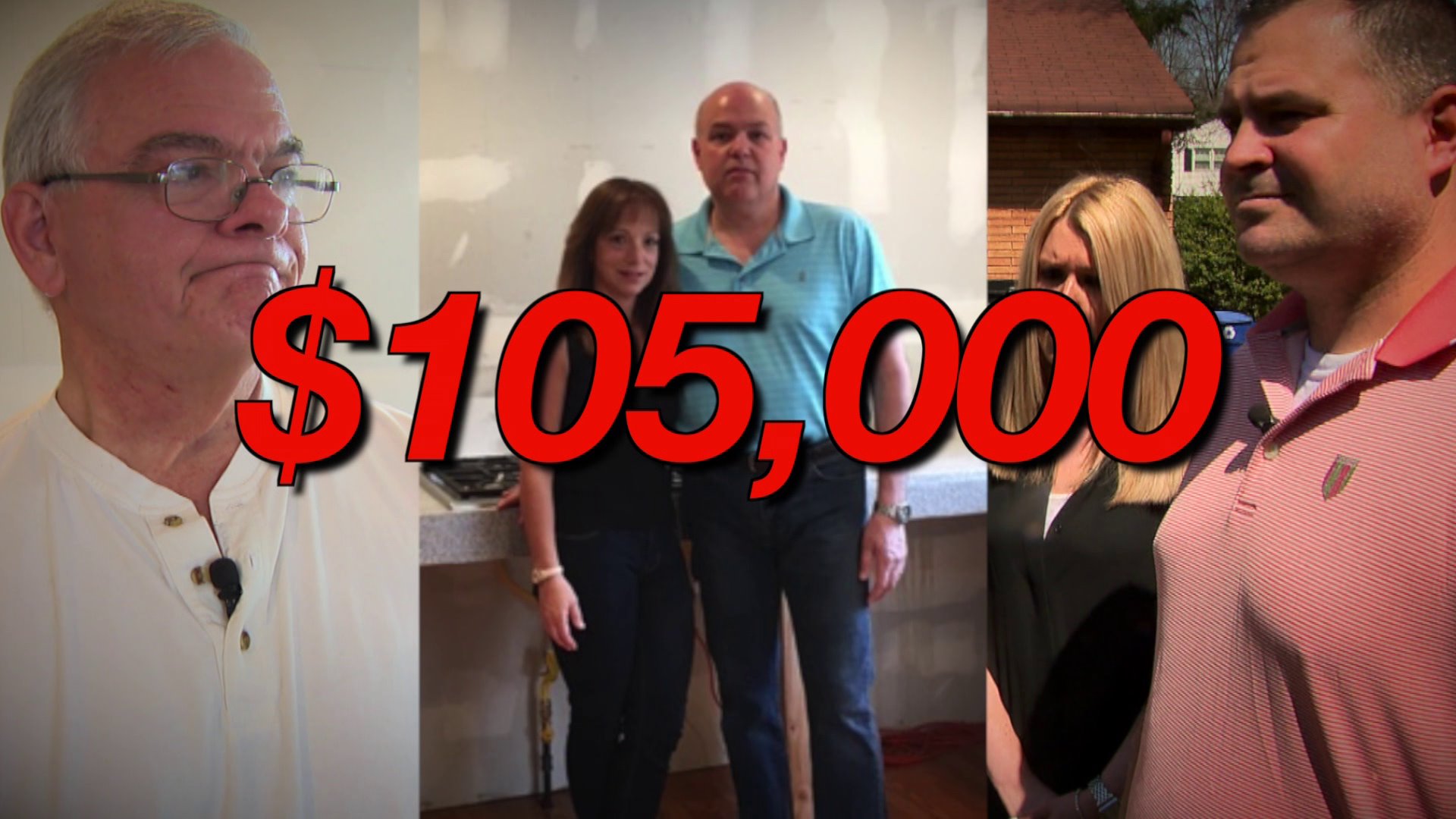 NEW JERSEY — Nick and Rose Sirico live in Oradell, New Jersey. They are active in the community. They own WoodArt Kitchen Design Studio.

Now, some of their friends and neighbors are accusing the Siricos of taking more than $100,000 for kitchen cabinets never delivered and contracting work never performed.

“He lives right down the street”, says Bill McGoey, who considered Nick a friend.

Six months ago, he signed a contract with WoodArt to redo his entire kitchen. The Siricos did some work, mostly tearing out the old kitchen, but soon stopped showing up with no explanation. They don’t return calls or answer emails. Bill is still waiting for the kitchen cabinets for which he paid almost $30,000 dollars.

When he asked Nick about them “he said oh they’re on order, don’t worry about it, everything is coming.” Bill and his family have been forced to live in their basement for the past six months. where they make do with a hot plate and a microwave for their meals. He can’t understand how a former friend could do this to him. “I just want him to talk to me.” Bill has now hired another contractor.

Another neighbor, Dan Dankin, says “we have not been able live in our house for over six months.” He, his wife Kristine, and their two children are living in Kristine’s parents’ home while they wait for another contractor to do the work the Siricos were paid to do. Dan says he’s out close to $50,000. The Siricos left him with a huge pile of construction debris in their backyard, no electricity or running water, and barren walls where the cabinets are supposed to be.

“He’s not a nice guy. Neither is his wife”, says Dan. “They will lie to you every single second.” Nick told him he ordered their cabinets from a company called Great Northern Cabinetry, but when Dan called Great Northern, he say they told him they never heard of the Siricos or WoodArt Kitchen Design Studio. The Dankins have hired an attorney to sue the Siricos.

A third family, Linda and Gary Chagachbanian, who also live in Oradell, say they paid $25,000 to WoodArt for cabinets never delivered.

Combined, the three families are out $105,000. The WoodArt showroom in Tenafly, New Jersey, is now closed. The Siricos have opened another showroom in Westwood, New Jersey, but the victims have gone there on many occasions and says it’s always locked. They’ve never seen the Siricos there. PIX11 went there and found the showroom closed.

We also went to the Siricos home where a family member told us the couple wasn’t there. I left my business card, but never back from them. What a Shame!

The three families have contacted the Oradell, New Jersey Police Department. A detective there confirmed there is an ongoing investigation. We’ll keep you posted.

If you’ve got a story, email me at whatashame@pix11.com.