At least 20 cars damaged in tire slashing spree in Newark 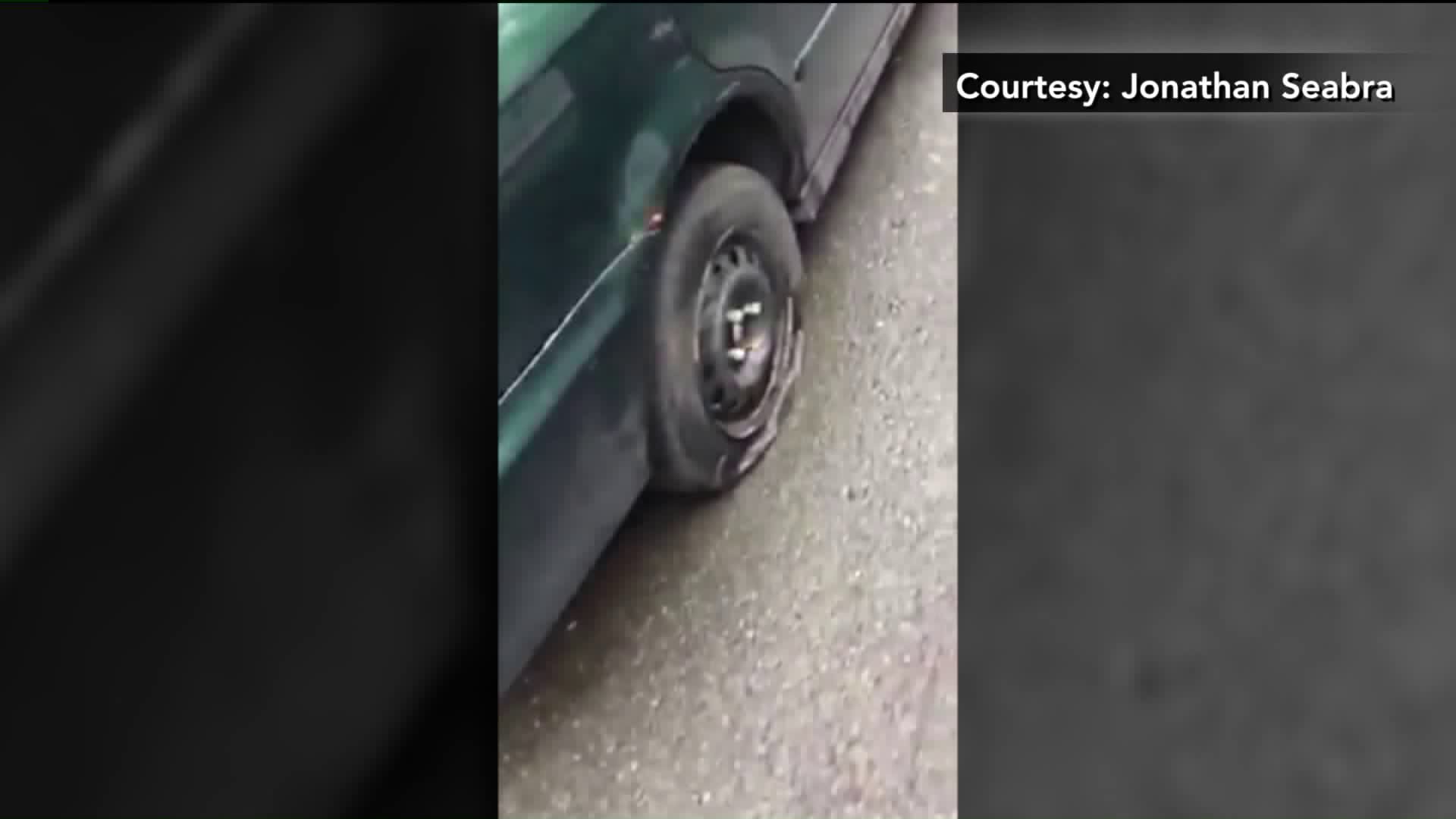 People in Newark were shocked when they walked outside to find their tires slashed.

NEWARK, N.J. — Over a dozen residents along Main Street in Newark, New Jersey woke up Wednesday morning to find their tires were slashed.

"I literally dropped my jaw, I was in awe," Jonathan Seabra told PIX11. The tires were cut on his, and his mother's car.

"This was a malicious act. This was premeditated by a lot of individuals that came into the neighborhood that caused havoc," Seabra said.

Homeowners reviewed their surveillance footage. They believe 2-3 suspects dressed in all black were responsible for the damage.

Some said they spent close to $200 in repairs. Seabra asked for anyone with knowledge of the incident to call the Newark Police Department.