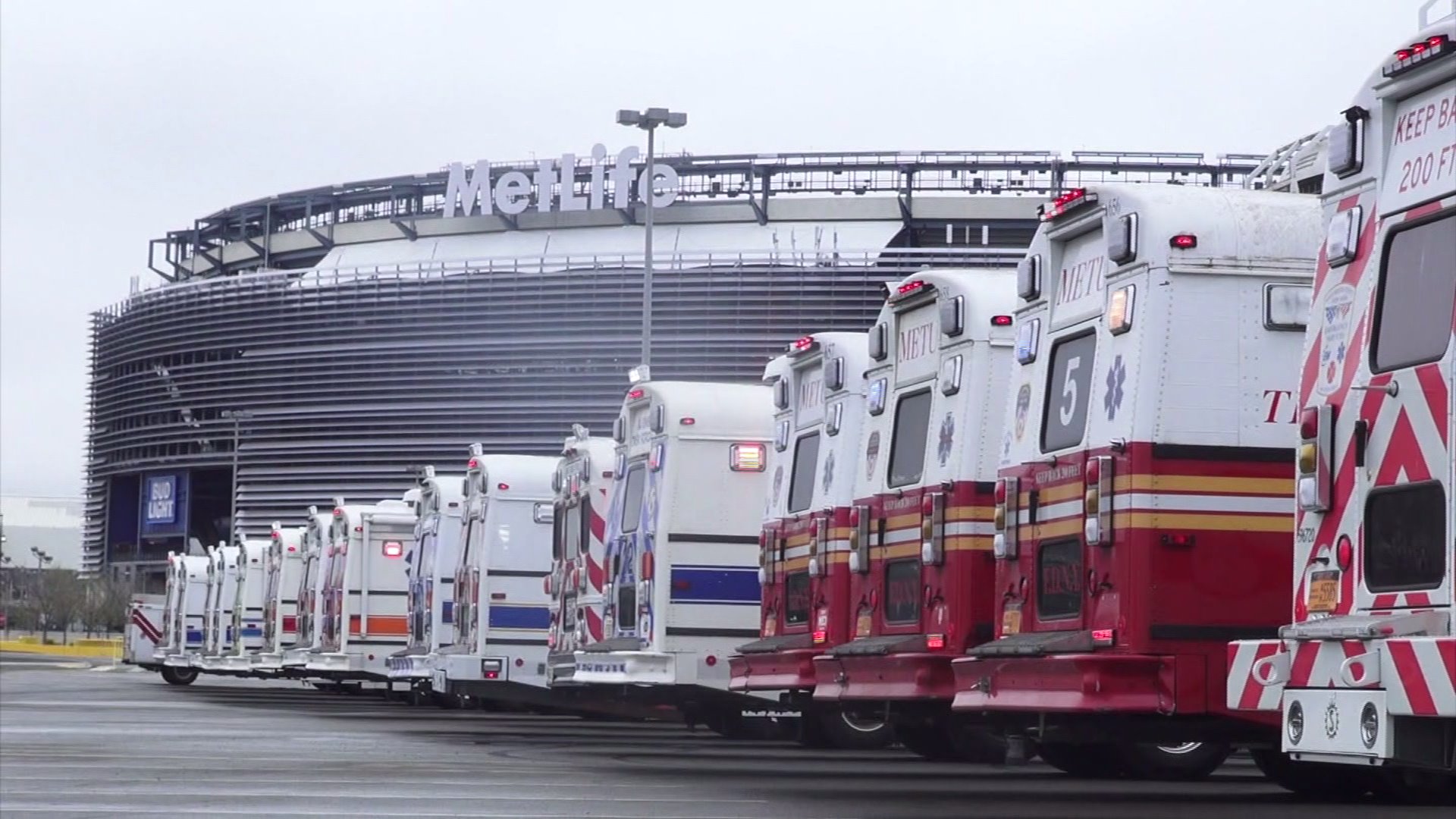 FEMA was the lead agency in Operation Gotham Shield, which is underway from Monday through Thursday of this week.

The goal was to test emergency coordination between federal, state and local emergency resources in the case of such a disaster.

FEMA was the lead agency in Operation Gotham Shield, which is underway from Monday through Thursday of this week. States participating include: New York, New Jersey, Pennsylvania, Connecticut and Washington.

Dozens of ambulances assembled as a field hospital and mobile emergency room were set up.

"It’s basically a 48-foot, or so, tractor trailer," explained Dr. Herman Morchel of Hackensack University Medical Center. The mobile emergency room he was standing in folds up to become a roving truck, allowing a rapid response to a needed location.

"Once it's closed up, we can drive anywhere. And if we're on scene, I'd say within 30 to 45 minutes we would be open and seeing patients," said Morchel.

The satellite emergency room has responded to disasters in the past such as Superstorm Sandy. Emergency responders delivered a premature baby at the height of the storm in Manville, New Jersey.

In the case of a nuclear disaster, Morchel demonstrated how they would check every patient for radiation.

"Patients would be decontaminated in the decontamination area of the complex. But you want to be sure. So when a patient comes in we would do a quick sweep of the patient with the Geiger counter to make sure that they truly are safe," he said.

A FEMA spokeswoman said that the EMT exercise is separate from the 4-day practice drill being run by federal agencies. No media access was permitted to observe this operation. Participating in the drill were the Department of Defense, Homeland Security's Domestic Nuclear Detection Office, the Department of Energy, the Federal Radiological Monitoring and Assessment Centers and the FBI.

Word of the drills spread online, initially causing some concern and confusion.

Websites such as Superstation95.com and TheWatchtowers.org posted about it, although the latter site's post has since gone dark.

Superstation95 posted that ‘The electromagnetic pulse (EMP) caused by the detonation of this device will cause the disabling of most telephone, internet, and other electronic devices in a 20 kilometer radius around the detonation site."

Some participants in the exercise then subsequently removed their postings about the drill, such as the Health Care Association of New Jersey which explained on Facebook:

"Yesterday, we posted information for our members regarding an emergency exercise. Unfortunately, since that time, individuals not associated with our membership or profession have posted comments that are inappropriate for this Facebook page and could have the ability to impact the success of this exercise. We have, therefore, taken down the information and will be deleting any further inappropriate comments."

John Grembowiec, Chairman of the New Jersey EMS Task Force, clarified Tuesday that Gotham Shield should have absolutely no impact on anyone else going about their business in the tri-state area this week.

“I’ve become aware there has been some crazy stuff flying around," Grembowiec said.

He also said the exercise had little to do with other current events, such as North Korea's rapidly developing nuclear program.

"This has been in planning for quite along time. This really has nothing to do with any current situation."