Man arrested in fatal shooting of grandmother at Harlem park 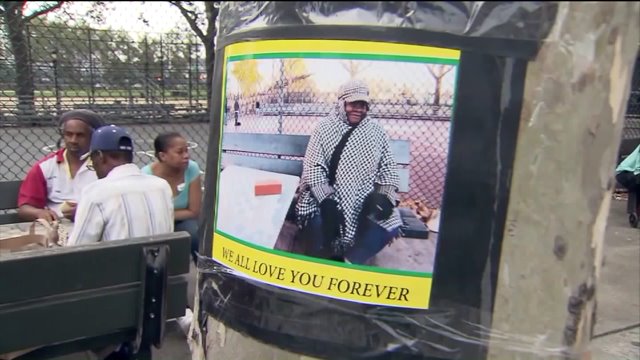 HARLEM, Manhattan — A Queens man has been charged in the death of a grandmother who was killed while playing dominoes in a Harlem park.

Cops say Vah was taken to a hospital as an emotionally disturbed person on Monday. During his stay, Vah allegedly said he knew about Simms' murder. When detectives arrived, he apparently made incriminating statements and was arrested.

Following his arrest, police concluded Wednesday Simms was not the intended target.

Odessa Simms was hit by a stray bullet while playing dominoes with friends at Colonel Charles Young Park.

The grandmother of 12 was rushed to the hospital where she was pronounced dead.

"It was a shock," Kevin Crosby, the victim's brother-in-law, told PIX11 in Aug. 2016. "Something that you would never expect, that this person would die this way."

Police said there were more than 1,000 people in the park at the time of the shooting. Officials say they do not believe Simms was the intended target.

Simms and her husband lived around the corner from the park for three decades.

"She was a beautiful woman, a caring soul," Dominique Crosby, the victim's niece told PIX11 in Aug. 2016. "Always such a joy in life."

Police announced a $10,000 reward leading to an arrest and conviction of the suspect.

Vah was charged with murder, criminal use of a firearm and criminal possession of a weapon.