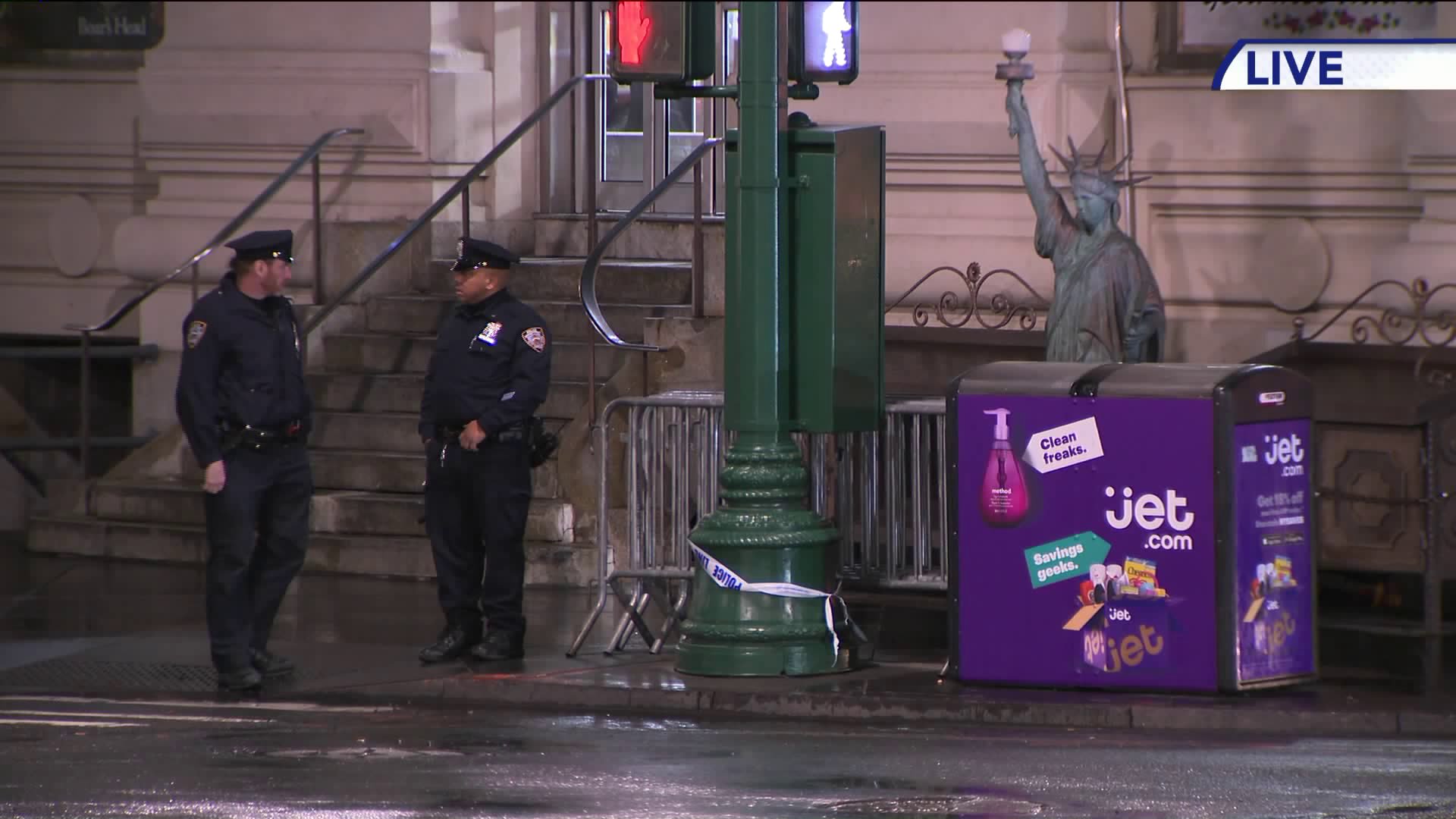 A woman was struck by gunfire Monday afternoon in a shooting near Battery Park in lower Manhattan, allegedly when a dispute turned violent between two men selling tickets, police said.

LOWER MANHATTAN — The investigation continues after two people were struck by gunfire near Battery Park when a dispute between two men selling tickets in the area Monday afternoon escalated and became violent, with one of them opening fire in an area packed with professionals, students and tourists, officials said.

It happened about 3:15 p.m. near Battery Place and Washington Street, close to Manhattan's Financial District.

A woman in her 30s, an innocent bystander, was walking down Washington Street when she was hit in the ankle by a stray bullet, officials said. A man in his 40s was grazed by a bullet in his stomach. His relationship the violence is unclear.

Felix Okema, who works with the younger victim at a non-profit, said she was in the wrong place at the wrong time.

"She was my co-worker. She was probably coming from her lunch break also and she happen to get hurt in the cross fire," Okema said.

The woman was taken to a hospital. Her wounds were not deemed life-threatening.

After the shooting, police pulled over a man for driving erratically on the Brooklyn Bridge. They learned the driver, who had a suspended license, was taking a man a hospital to be treated for a graze wound to the torso.

NYPD Chief William Aubry said on Monday afternoon that detectives are questioning "many people," including witnesses and potential persons of interest. He said it appears there was a single shooter involved.

No arrests have been made as of Tuesday morning.

Shootings are almost unheard of in Battery Park, but violence related to ticket sales is not. PIX11 News has been reporting for years how hawkers have sold tickets for the free Staten Island Ferry, the Statue of Liberty and other attractions for inflated prices.

Last year, a tourist suffered a fractured skull when he was punched by a ticket scalper at the Whitehall Ferry Terminal. After that, the NYPD announced a permanent Police and Parks Department detail in Battery Park.

To date, those officers have made dozens of arrests in an effort to crackdown on the con artists preying on tourists visiting downtown.