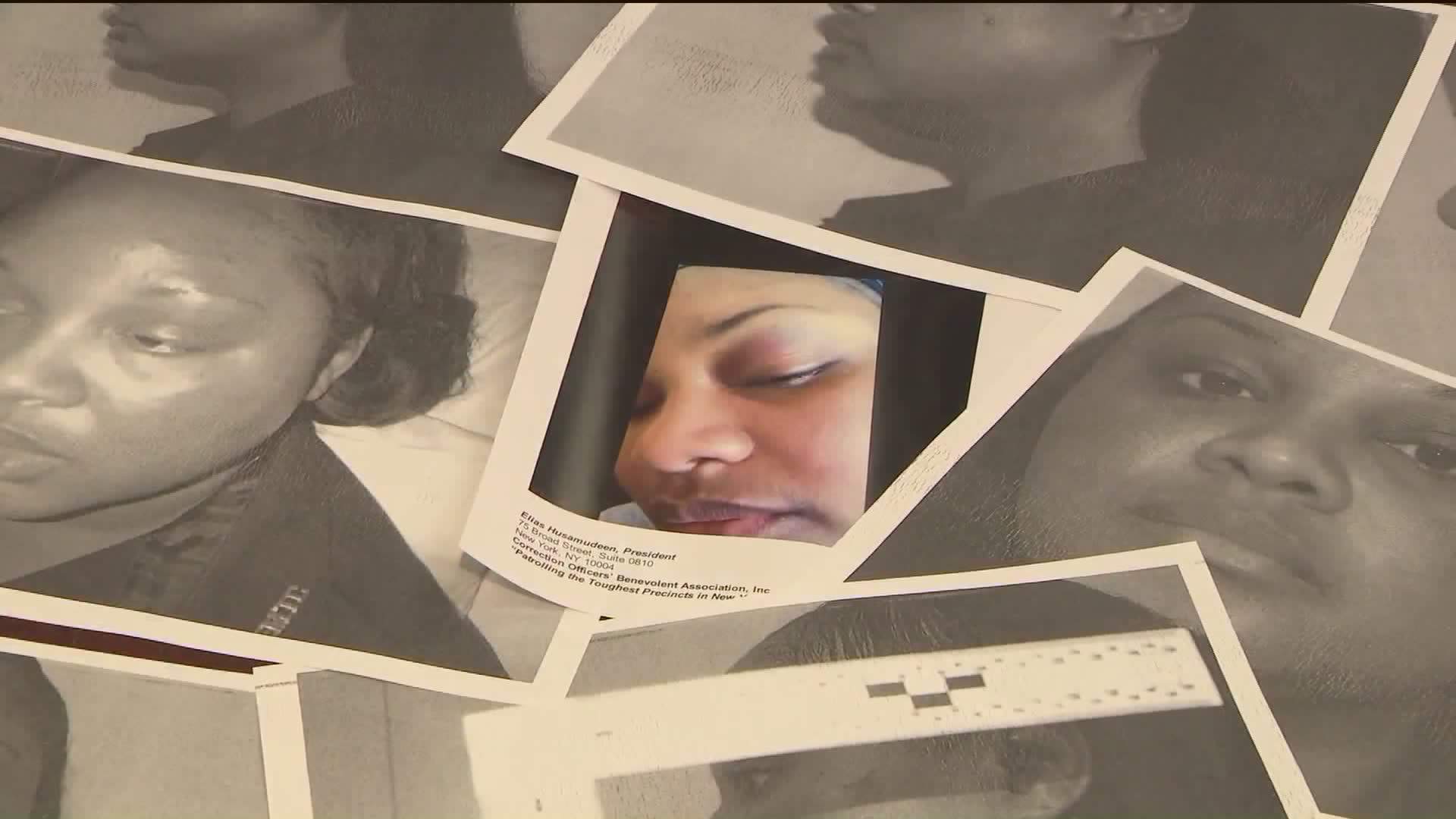 Tiffany Dublin spoke exclusively to PIX11 News about the October 2016 attack that "knocked her neck in reverse."

NEW YORK — A New York City correction officer, on the force for 12 years, along with the Correction Officer's Benevolent Association have filed a federal lawsuit against the city.

Speaking exclusively to PIX11 News, Tiffany Dublin explains why she is one of the lead plaintiffs in the lawsuit.

Dublin, with tears in her eyes, detailed an alleged assault against her by an inmate in October 2016, saying she was attacked out of the blue inside the Eric M. Taylor Center (EMTC), which used to houses men sentenced to terms of one year or less.

"All of a sudden, I felt this sharp pain to the left side, right above my eyebrow," Dublin said. "I felt one, two, three, four, five, six, seven punches to the face. The first punch knocked my sight out."

Correction officer Tiffany Dublin was attacked by an inmate at the Eric M. Taylor Center and filed a lawsuit against the city on April 21, 2017.

The assault left Dublin with a concussion, two swollen eyes and bruising. The doctors, according to her medical records, could not even X-ray her right away because she was so swollen. Once Dublin did get an X-ray, she received even worse news.

"They noticed my neck was knocked in reverse," Dublin said.

Dublin now runs the risk of becoming permanently paralyzed if she as much as slips and falls the wrong way.

Back in October, according to records obtained by PIX11, the recording officer logged Dublin's assault as a "log book entry." While the Department of Corrections said such an entry can still result in an infraction or arrest of an inmate, Dublin and the union said it did not get logged in the "assault on staff" category, meaning it would not fall into the yearly reporting of assaults on staff.

"In an effort to show that reforms are working, they are fudging the numbers, so to speak," said attorney Cynthia Devasia from the firm Koehler and Issacs, which serves as general counsel for the COBA.

The lawsuit claims nearly 1,300 staff members were injured in 2016, while the Department of Corrections has the number at 943.

The Department of Correction responded to the claims Monday saying, "Any claim that our numbers were manipulated is absolutely false. We have rigorous process for capturing and reporting incidents."

The lawsuit also claims that removing certain policies, such as punitive segregation, have violated the correction officers' constitutional right to be free from state-created danger.

"They 2017 Mayor's report confirmed that once punitive segregation was removed, there was a spike in violence," Devasia said.

The same month Dublin was attacked, city and correction leaders announced it would end punitive segregation for inmates 21 and younger.

Union president Elias Husamudeen said despite plans to close Rikers Island in 10 years, he has to worry about thousands of officers' lives daily right now and believes this lawsuit will help bring about change to do just that.

"We realized that everything they have instituted, all of the policies led to what happened to Officer Dublin," Husamudeen said.

The lawsuit was filed on April 21. The city law department responded to PIX11 News saying the suit is currently being reviewed.