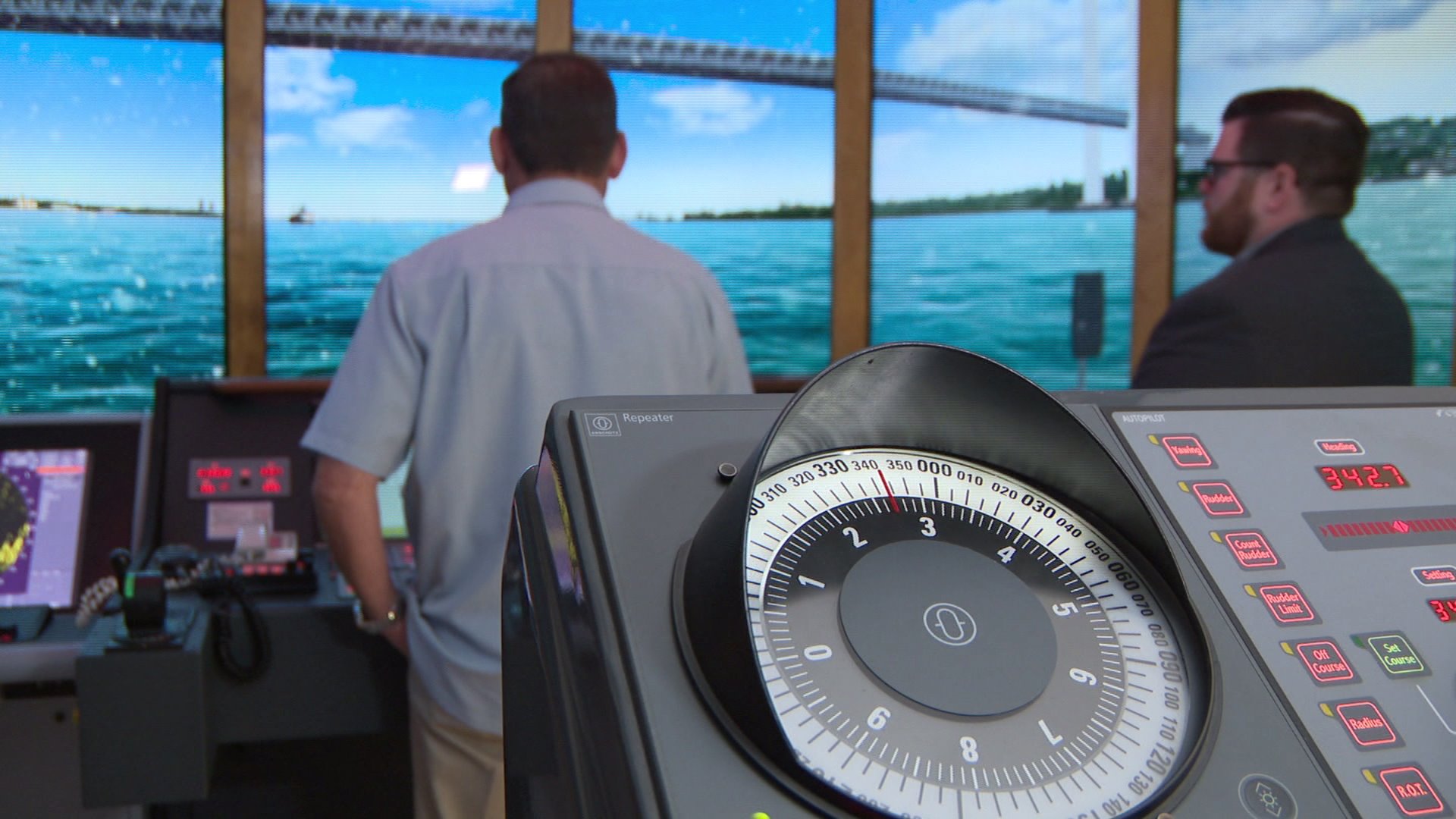 New vessels make their maiden voyage in New York Harbor on May 1, 2017 with the launch of NYC Ferry.

Captains are licensed by the United States Coast Guard and are also receiving training inside a simulator at SUNY Maritime College.

It was designed to replicate the boats for the city-subsidized service, operated by Hornblower.

On May 1, the new boats will run to the Rockaways and replace the East River Ferry with stops along the Brooklyn waterfront, Wall Street, 34th Street in Manhattan and Long Island City, Queens.

Additional stops in LIC, Astoria, and Roosevelt Island will be added later in the summer. Phase Two includes routes to the Soundview section of the Bronx and the Upper East Side.

Rides will cost $2.75 and an smart-phone app is set to be released the last week of April.

Find info on the service here.