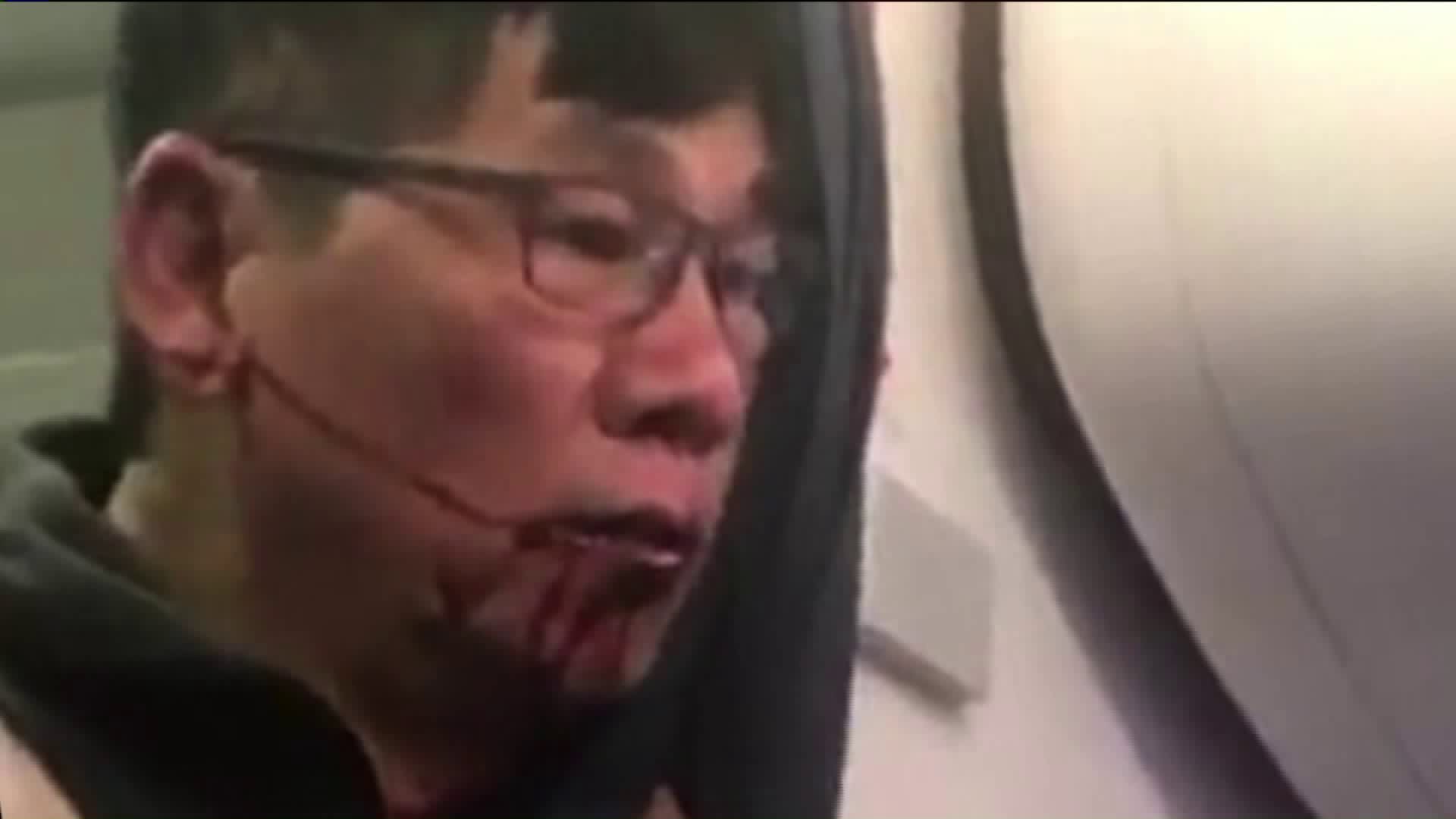 DALLAS — Video of an altercation on an American Airlines flight Friday shows an airline employee challenging a passenger to hit him after a flight attendant violently grabbed a woman’s stroller, according to eyewitnesses.

It’s unclear what happened before passengers on flight 591 from San Francisco to Dallas/Ft. Worth started recording, but video shared on Facebook shows a sobbing mother clutching a young child toward the front of the plane, asking employees to give back her stroller.

According to multiple witnesses, the woman, who is from Argentina and was flying internationally, brought her stroller on the plane. When the flight attendant attempted to remove the stroller from the plane, there was an altercation which resulted in the stroller striking the woman and nearly hitting her child.

Olivia Morgan was standing in the doorway of the aircraft with her 8-year-old daughter waiting to board when the altercation happened.

“The flight attendant wrestled the stroller away from the woman, who was sobbing, holding one baby with the second baby in a car seat on the ground next to her,” she said.

Morgan said the flight attendant was “violent” when taking the metal stroller from the woman and nearly hit the baby with the stroller.

“He stormed by me with the stroller and I said something like, ‘What are you doing? You almost hit that baby!’ And he yelled at me to ‘stay out of it!’ just like he does in the video,” she said.

Morgan said she talked to the woman about the incident. The woman said a female flight attendant told her she could look for space to store the stroller because it folds up very small, but if there was no available space, she would need to check it at the gate.

“She was looking for space when the male attendant tried to take it away from her… and she said she told him the other attendant had told her it was okay to look,” she said.

According to the American Airlines website, small strollers can be checked at the gate but there is no policy about strollers in the overhead bin.

In the video, a male passenger can be heard saying that he’s “not going to sit here and watch this.” The passenger stands up in the aisle and asks the flight crew, “What’s the guy’s name that did that with the stroller, I want to know the guy’s name.”

Moments later, a male flight attendant boards the plane, and the passenger who stood up says to him: “Hey bud, you do that to me and I’ll knock you flat.”

The flight attendant points his finger back at the passenger, moving toward him as he fires back, “You stay out of this!”

When the passenger jumps out of his seat, the flight attendant holds his hands out and says, “Try it. Hit me. You don’t know what the story is.”

Tom Watson, who provided Tribune Media proof he was on the flight, said he was sitting in the first row behind first class.

“The lady and her two children were seated near the back of the plane. She was somehow able to get her stroller on board and back near her seat,” he said.

Watson said he’s not sure if the woman tried to put the stroller in the overhead bin. A short time later, a flight attendant approached the woman and told her she cannot have the stroller on the plane.

“She refused to let him take it and she was almost to the point of shouting,” he said.

The flight attendant then asked for security personnel, which “escalated” the situation, according to Watson.

Watson said the flight attendant’s tone was “aggressive” and the woman was refusing to let go of the stroller, which escalated the situation.

The flight attendant then responded by jerking the stroller from the woman, knocking her in the head and nearly hitting the children, according to Watson.

“The flight attendant should not have been so aggressive and should have been more aware of the kids,” he said.

The woman was escorted off the plane and the flight attendant returned to the plane a short time later.

“The woman knows not to bring the stroller on a plane, she refused to let it go… she was shouting, so she is also at fault in my opinion,” he said. “But don’t get me wrong, the flight attendant should be way more professional than he was.

According to the airline, the woman elected to take another flight and was given upgraded accommodations for the flight.

The airline issued the following statement regarding the incident:

We have seen the video and have already started an investigation to obtain the facts. What we see on this video does not reflect our values or how we care for our customers. We are deeply sorry for the pain we have caused this passenger and her family and to any other customers affected by the incident. We are making sure all of her family’s needs are being met while she is in our care. After electing to take another flight, we are taking special care of her and her family and upgrading them to first class for the remainder of their international trip.

The actions of our team member captured here do not appear to reflect patience or empathy, two values necessary for customer care. In short, we are disappointed by these actions. The American team member has been removed from duty while we immediately investigate this incident.

The video was taken the same day it was reported that United CEO Oscar Munoz wouldn’t be promoted to chairman after video went viral of an incident two weeks ago in which a doctor was bloodied and dragged off an overbooked United flight.