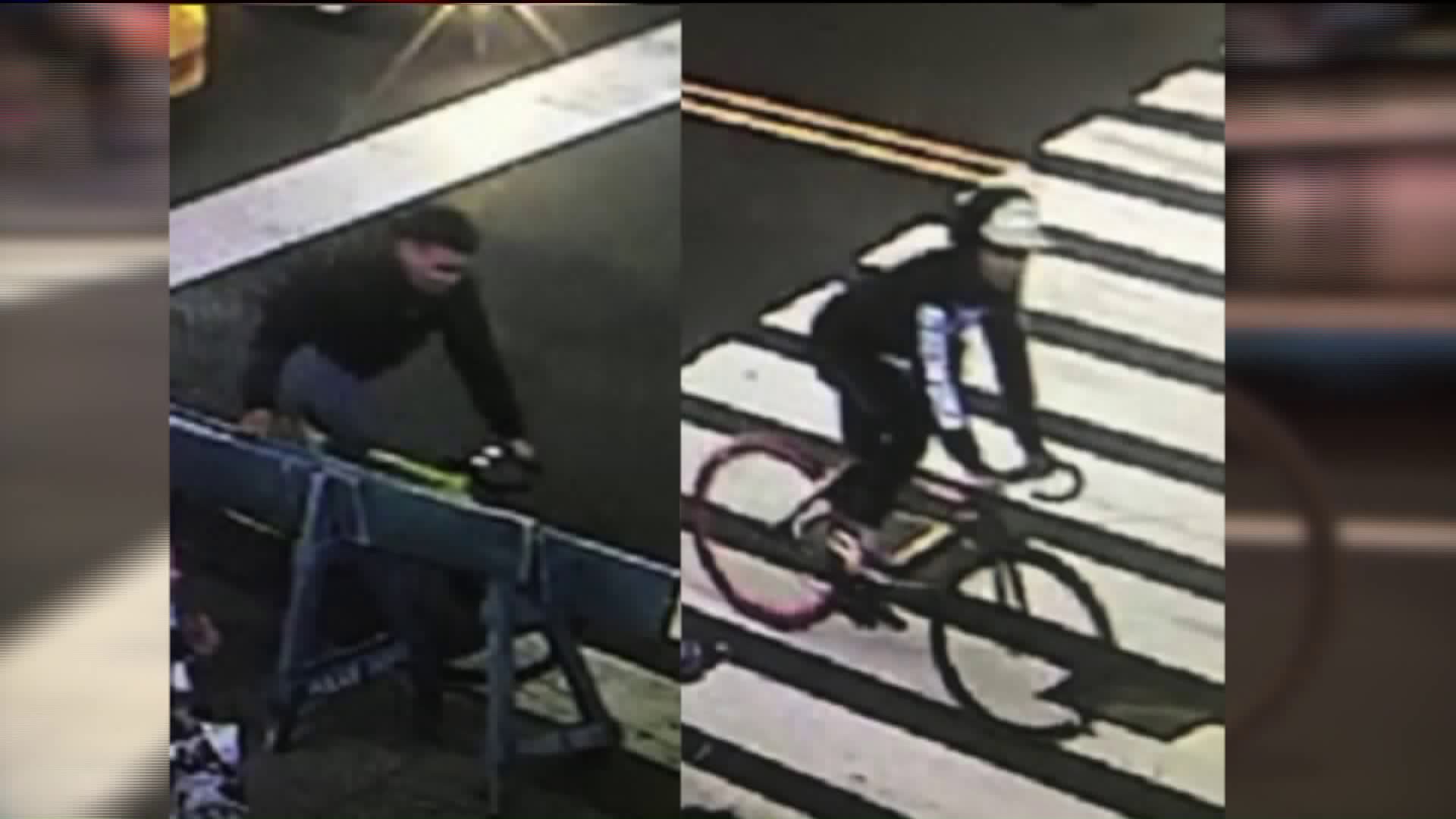 Several cell phone thefts have been reported over the past month.

MIDTOWN, Manhattan — Police are warning New Yorkers of bike-riding thieves who are snatching cellphones from people's hands in midtown.

Several of these cellphone thefts have been reported in the same vicinity over the past month.

It was reported to the police that around 6:10 p.m. on March 21, a 38-year old woman was at Sixth Avenue and West 41st Street, when a suspect riding a bicycle snatched her iPhone from her hand and fled in an unknown direction.

A few days later on April 3, around 1:30 p.m., a man was in the vicinity of Sixth Avenue and West 42nd Street, when the individuals riding bicycles snatched his iPhone from his hand and fled the area.

Just minutes later, it happened again to a 41-year old man in front of 145 W. 44 St., when the individuals riding bicycles snatched his iPhone from his hand.

A fourth incident took place around 9:55 p.m. to a 36-year old man was in the vicinity of Sixth Avenue and West 45 to West 46 Street, when the individual riding a bicycle snatched his Samsung cellphone from his hand.

Just an hour later, a 22-year old man was at Lexington Avenue and East 51st Street, when an individual riding a bicycle snatched his iPhone from his hand.

On April 10,  around 12:10 a.m., a 22-year-old woman was in the area of Broadway and West 35 Street, when the individuals riding bicycles snatched her iPhone from her hand.

The stole cellphones from two women at Seventh Avenue and West 42 Street, and from a 22-year old man at 5 E. 42 St. who was inside of his car with the window down.

No injuries were reported in any of the cases.

The men on bicycles are approximately 30-35 years of age.

The public can also submit their tips by logging onto the Crime Stoppers Website at WWW.NYPDCRIMESTOPPERS.COM or texting their tips to 274637(CRIMES) then enter TIP577.