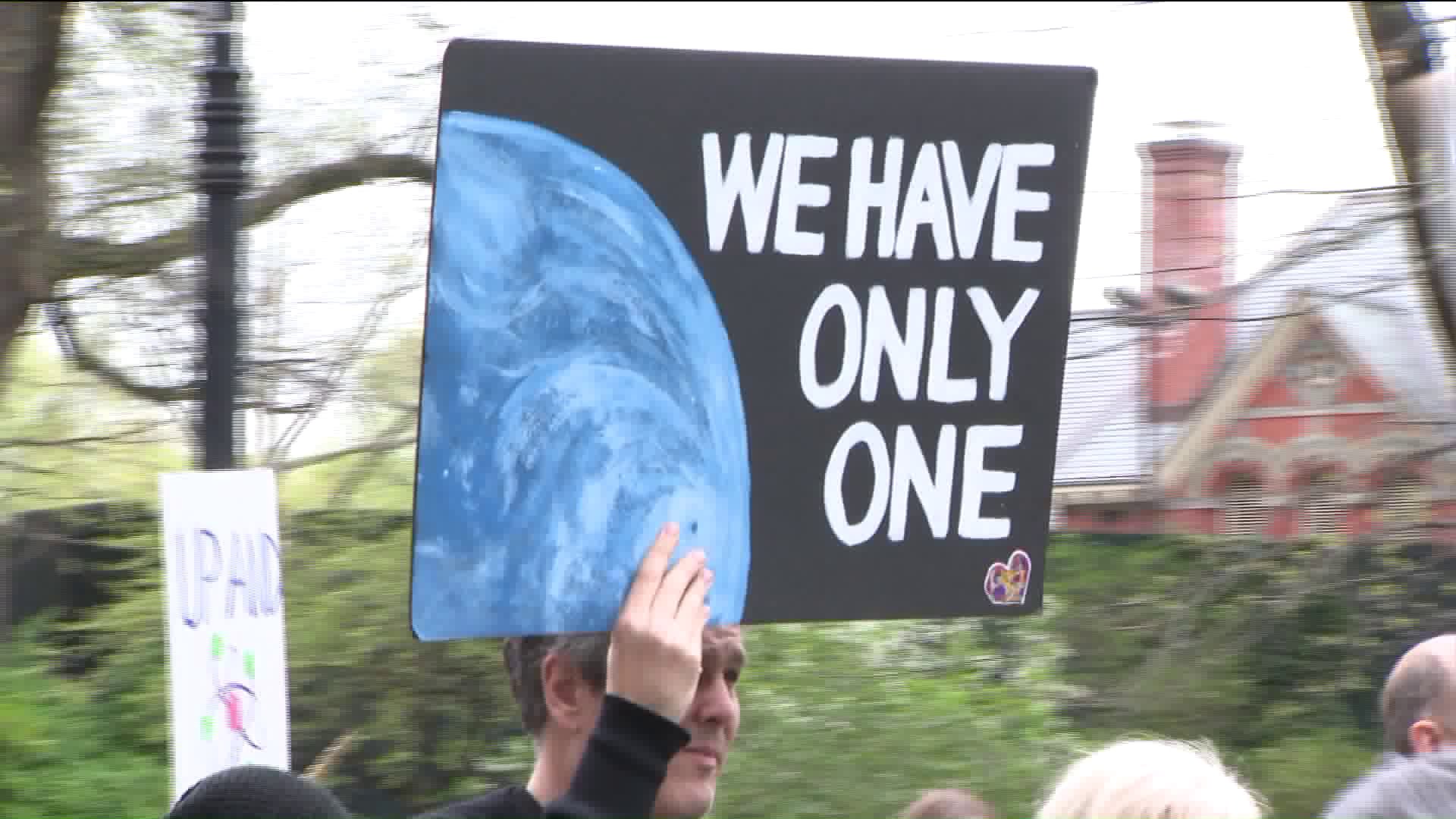 Demonstrators called on support for science and evidence-based research fueled by opposition to President Donald Trump`s environmental and energy policies.

Crowds of people are marching Saturday in the United States and around the world in support of science and evidence-based research in a protest fueled by opposition to President Donald Trump's environmental and energy policies.

Besides the main march in Washington, organizers said more than 600 "satellite" marches were due to take place globally in a protest timed to coincide with Earth Day.

The march, whose beginnings reflect the viral birth of the Women's March on Washington, has been billed by its organizers as political but nonpartisan. The event's website describes it as "the first step of a global movement to defend the vital role science plays in our health, safety, economies and governments."

"I think there has been a declining sense of what science means to progress. I think we take so much for granted," said march honorary co-chair Lydia Villa-Komaroff ahead of the event.

Demonstrators in Australia kicked off the day of protest.

In Sydney, marchers carried banners, many homemade, with slogans such as "Science makes sense," "Science-based policy = stuff that works," and "Climate change is real, clean coal is not." Another placard displayed the message, "Governments: stop ignoring inconvenient science!"

It wasn't only major cities where scientists and their supporters came out.

Rebecca McElroy, an astrophysics doctoral student at the University of Sydney, tweeted video of a "mini march for science" around the dome of the Anglo-Australian Telescope in New South Wales.

New Zealand Green Party co-leader James Shaw tweeted a popular chant from the marchers: "What do we want? Evidence-based science! When do we want it? After peer review!"

Marches were also held in Durban and Cape Town, South Africa, and in Tokyo.

Scientists and their supporters were urged to turn out in force in London as well as other marches in France, Ireland, Finland, Germany, Portugal and the Netherlands.

David Johnson, 35, a doctoral student in London, said he was marching because he felt climate change was being sidelined by the US administration and that science was being demonized.

Roger Morris, professor of molecular neurobiology at King's College London, said: "These marches are brilliant -- a spontaneous, global response led by young scientists empowered by social media, keenly aware of the global challenges that need to be addressed if their world is to have a civilized, sustainable future.

"Insular populist politics, which have temporarily triumphed in the US and UK, need to be balanced by the broader vision of youth."

Katherine Mathieson, chief executive of the British Science Association, said she hoped the marches would be a catalyst for people to think about the role science plays in their lives and a chance for scientists to demonstrate the public benefit of their work.

"Protecting the government's investment in science, particularly when that includes funding for public engagement, is incredibly important," she said. "Science is not just for scientists, and I believe that all of us, whether we work in a lab or not, should have a voice on its future."

Trump's budget proposal, unveiled in March, outlined $54 billion in cuts across government programs to make way for an increase in defense spending.

US scientists said they fear such a plan would have a major impact on research and science-based policy as well as undermine the importance of science in society and limit future innovation.

"It might have been ignited by Trump, but it's not about Trump," Villa-Komaroff said. "It's about the importance of science in society and continuing the support for the science community in keeping our edge."