Utah girl shot in the head during robbery: ‘I am tougher than a bullet’ 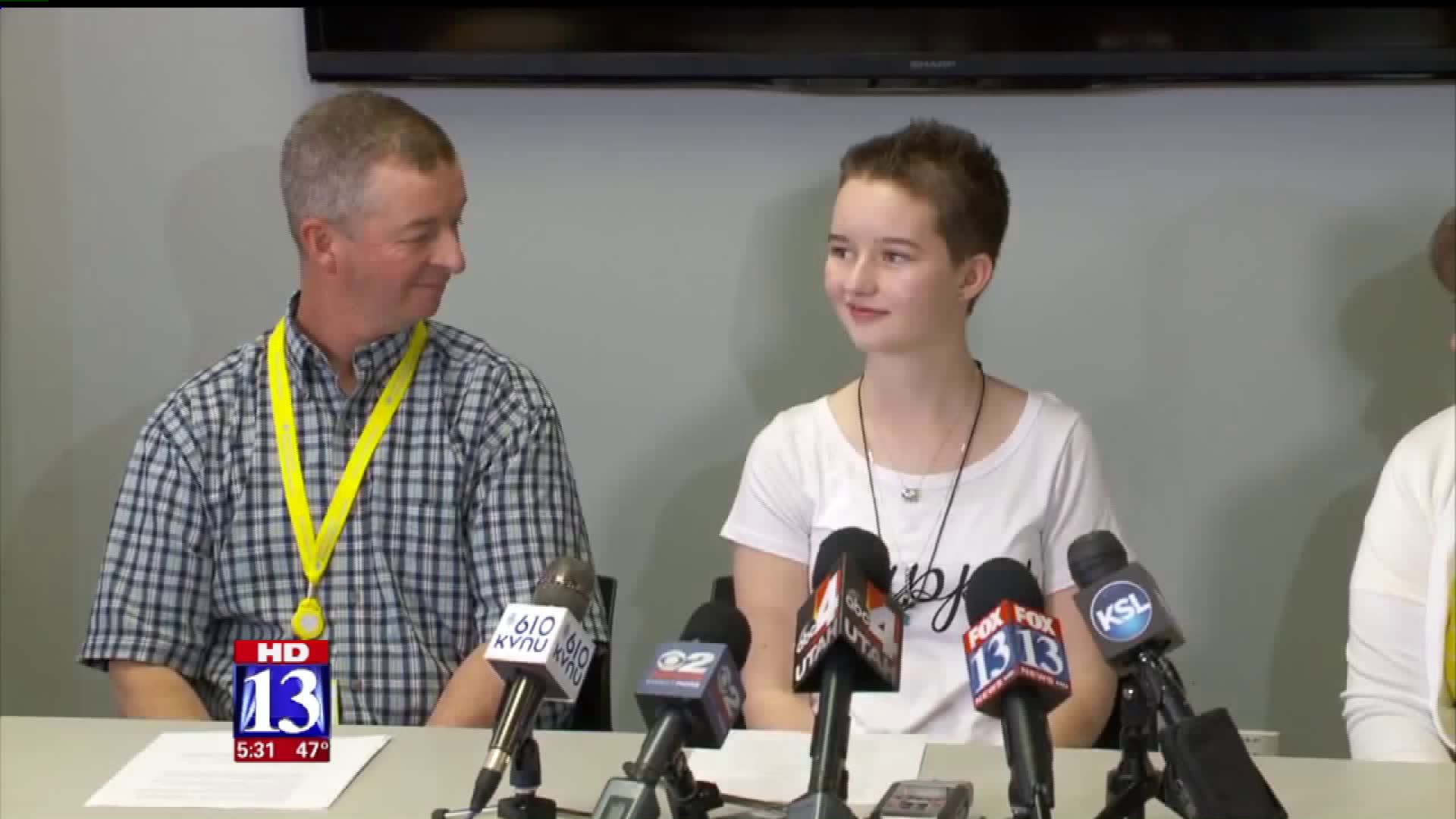 SALT LAKE CITY — Nine weeks after she was found in a dry canal with a gunshot wound to the head, Deserae Turner and her family spoke to media Thursday as the 14-year-old was released a Utah hospital.

“What a great day,” Matt Turner, Deserae's father, said. “Because of the love and care of so many, we are taking our beautiful and courageous daughter home today. Nine weeks ago we did not know if this was possible, words cannot express our joy and gratitude to so many on this special day."

Deserae has been fighting for her life since she was shot in the head by a .22-caliber bullet in February. Two teenagers have been arrested in connection with the incident, and they allegedly planned in advance to rob and kill the 14-year-old after luring her to the canal on the pretense of buying a knife.

“I am so thankful to be here today and to be alive," Deserae said. "I want to say thank you to all the doctors, nurses, techs and therapists and staff who have took such good care of me and helped me get this far. I also want to thank all of the people who have helped take care of my family, especially my mom and my dad, while I have been in the hospital."

The teen said she faces her recovery with determination.

"I have been working really hard and still have a lot of work to do, but I told my dad, 'I am tougher than a bullet,'" she said. "It is still with me today, but I am here and I get to go home today.”

Deserae said she was surprised by how many people around the world have been following her story and said she is grateful for their prayers and well-wishes on her behalf.

Despite being the victim of a horrific crime, Deserae said she has faith in people's inherent goodness. She said people she has never met have been praying for her.

“But they cared for me and they care for you," she said of those who have supported her. "I would like others to know that people are kind and they do care about us and are concerned about us even when we think that no one is there.”

As they prepared to return home Thursday, Matt Turner said their family is happy, and their faith has been a key part of their family's journey.

“Someone shared this thought, and it’s exactly how April and I feel: ‘God can use even the worst actions of humankind to set free the very best of humanity,'" Turner said. "We have seen and felt the very best of humanity touch our family’s life over the past several weeks. We know our Heavenly Father has heard your prayers and those from around the world. We thank you and will be forever grateful.”

Medical staff said Deserae has come a long way in the last nine weeks and has made "tremendous strides," but there is still a long way to go, including months and perhaps years of therapy.

“We look forward to going home," Matt Turner said. "We continue to be hopeful for improvements in Deserae’s condition. As you have seen, she is a fighter. But mostly, we look forward to our little family being together again."

April Turner said her daughter has given her all to the recovery process.

“Des has a fan club here,” April Turner said of Primary Children's Hospital. “Her kind spirit and her willingness to fight and do all that she’s been asked to do; she’s won over the hearts of many here.”

Deserae loves spending time with her family and her family's animals, and she said she is excited to get home and see them all again.

“My favorite horse’s name is Junior, and I’m super excited to go see him and ride him again," she said.

The Turners repeatedly expressed their gratitude for the support of the community and cited the strength they've taken from their faith.

“I have felt that my Heavenly Father is with me and has helped me get this far, and I am so grateful for that," Deserae said.

The mood of the family was perhaps best expressed by Deserae's choice of T-shirt for the trip home.

“Because it says 'Happy' on it, and I’m happy to go home," she said of her wardrobe selection.

The full news conference is available below: