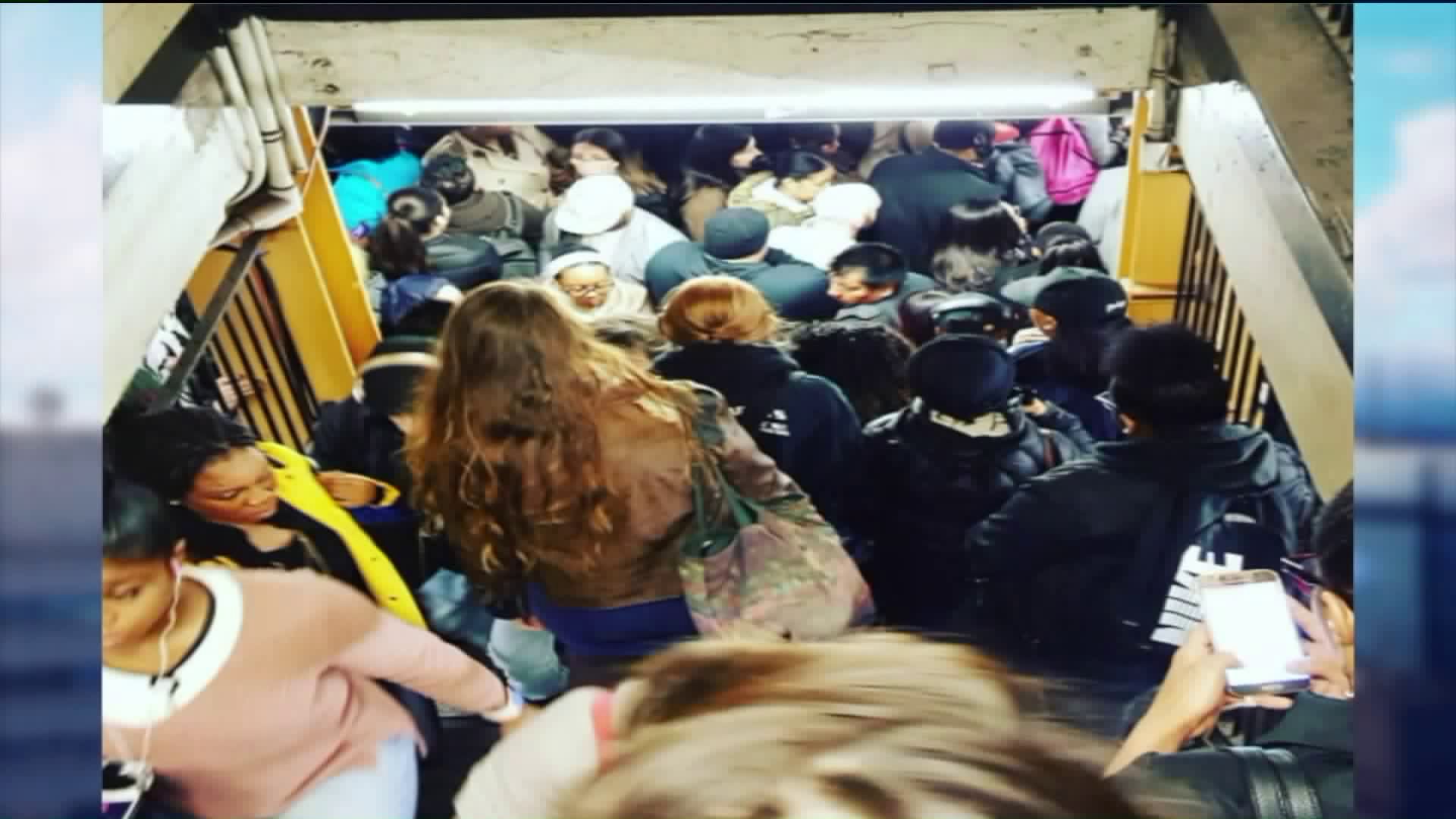 The problems began about 7:30 a.m. Temporary generators were brought in and crews were on the scene working to fix the issue.

Shortly before 1 p.m., the MTA said service had resumed on all lines.

Still, residual problems are lingering. Trains are bypassing the Seventh Av-53rd St station on the B, D and E lines and some escalators are still out of service, the agency said.

Riders should expect delays, some of them extensive, in A, B, C, D, E, F, J, M, N, Q and R train service in both directions.

Here's the service plan as of now -- and for the PM rush hour commute -- after power outage at Manhattan station: https://t.co/e1CGCXSPdv pic.twitter.com/FKkZKTZo9A

A Con Edison power issue had cut electricity at the Seventh Ave-53rd St station, affecting signals, according to an MTA spokesman. That problem sparked service suspensions and changes, and extensive delays on lines citywide.

"We’re working jointly with the MTA to make repairs to underground equipment serving the subway system," Con Edison said in a statement Friday afternoon. "We will work with the MTA to complete the repairs as expeditiously as possible."

As an alternative, commuters should use N, W, R or 7 train service to and from Manhattan, the agency said.

For the latest transit status updates from the MTA, click here .

Have pictures of your delayed, crowded commute? Submit a photo below and we could feature it on PIX11 News.