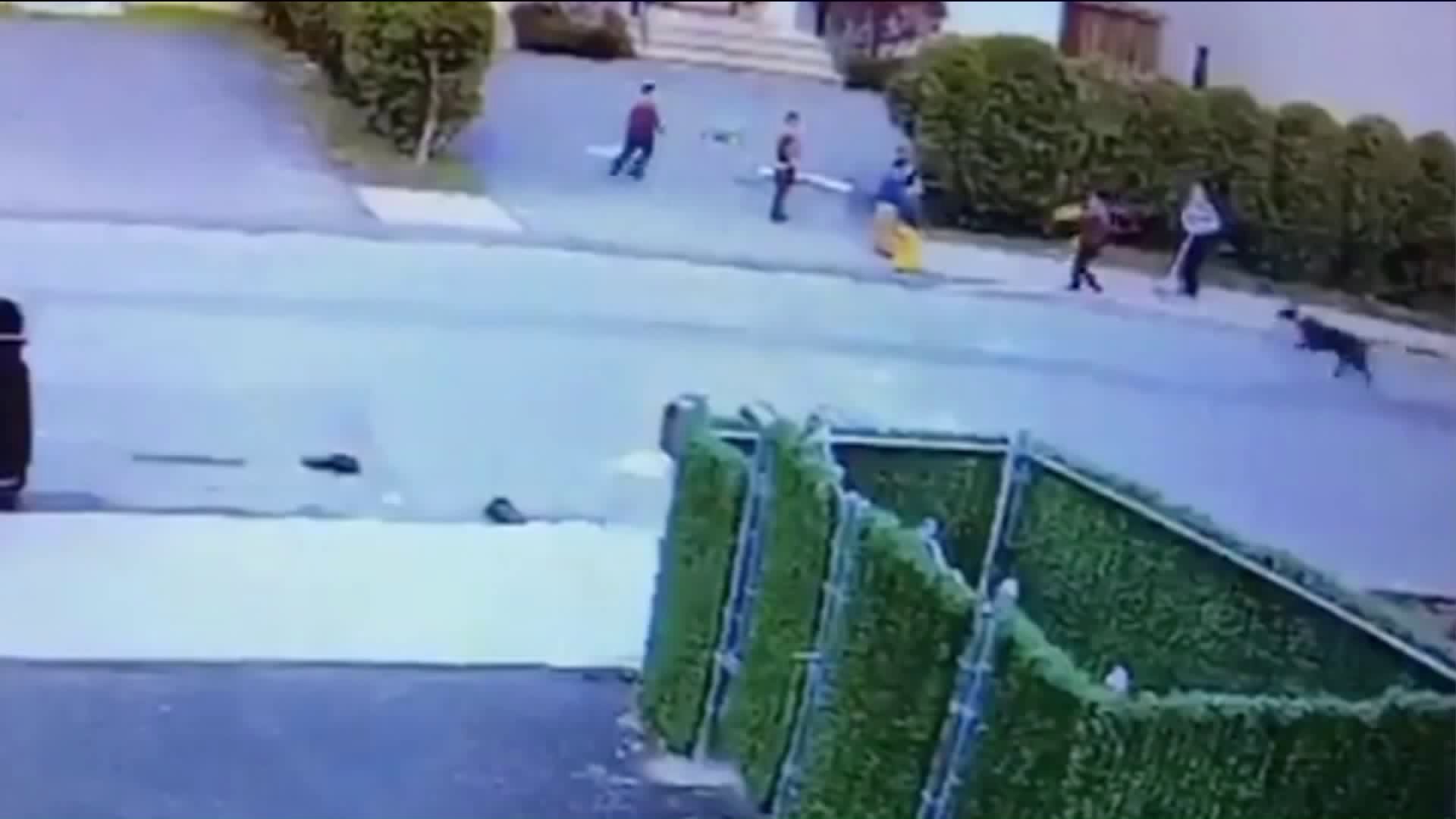 The attack finally ended when a Good Samaritan grabs the dog away from the children.

ROCKLAND COUNTY, N.Y. — A young boy playing on the sidewalk in Spring Valley was attacked by a pit bull Thursday — and the disturbing attack was caught on video.

It happened in the driveway of a home on North Cole Avenue in Spring Valley where children in the neighborhood are known to play.

The video shows the pit bull, Max, sprinting up to the group of children, dragging down 3-year-old Eli and biting him several times. Eli manages to get away when the dog chases him again.

The attack finally ended when a Good Samaritan grabbed the dog away from the children.

Little Eli received stitches for cuts to his face and neck, but is expected to be OK.

PIX11 News later learned that Max the pit bull has been on the loose for months, chasing children and terrorizing the neighborhood.

Yossi Gestetner, a founder of the Orthodox Jewish Public Affairs Council, said there have many multiple complaints about the dog but have fallen on deaf ears.

"They should take into account repeatedly this pit bull is out on the loose," Gestentner said. "According to law it needs to be leashed and it wasn't leashed too many times, too often, terrorizing the streets."

Later Thursday night, police removed the dog from the owner, who lives across the street from Eli and his family. The dog's owner was also issued summonses for allowing her dog to run loose.

The dog was taken to a shelter where his fate is unknown.

The Rockland District Attorney's Office is continuing to investigate.