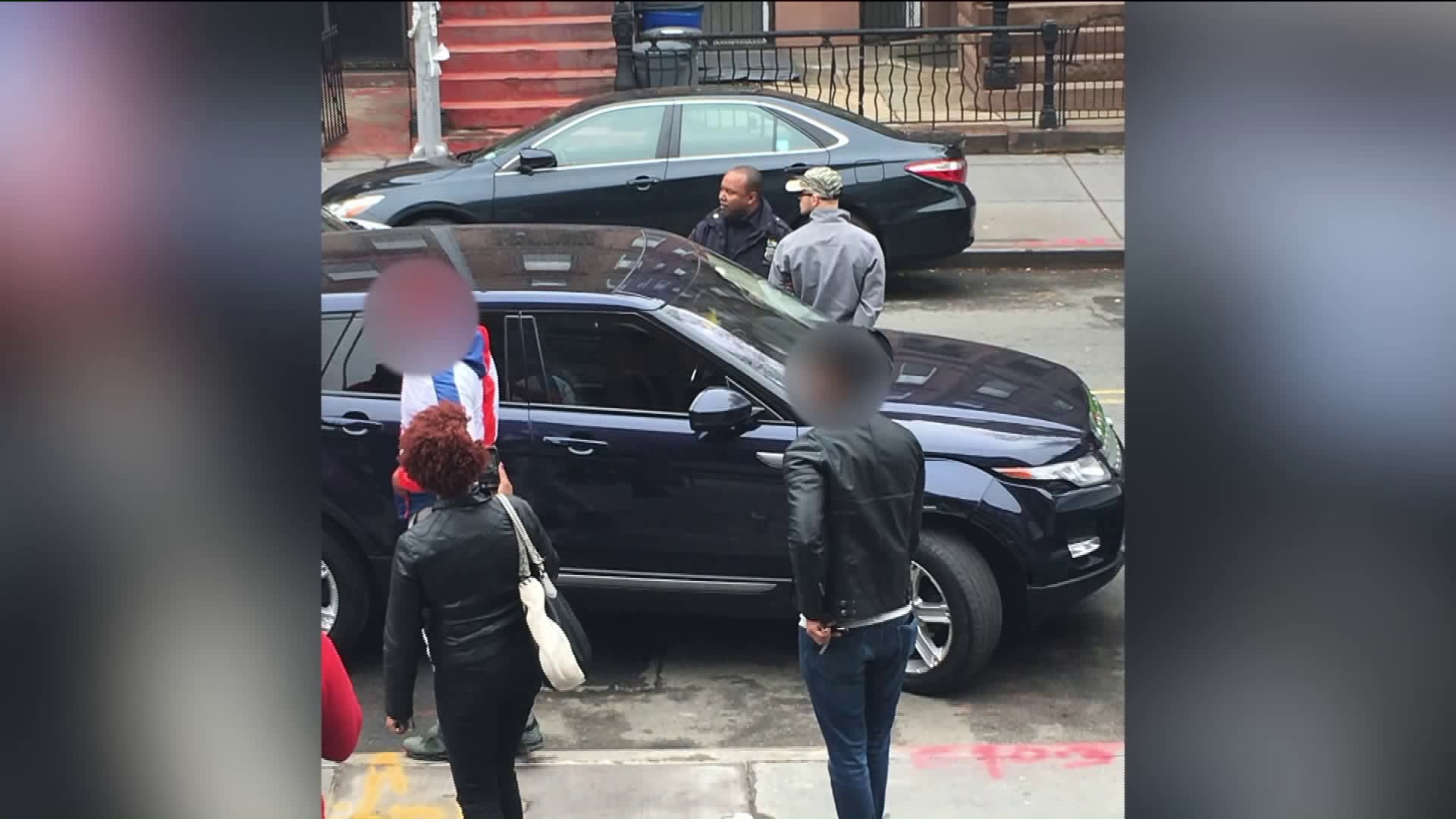 They are in custody at the 79th precinct accused of using the badge a fake one pretending to be cops to stage a daring robbery.

WILLIAMSBURG, Brooklyn — Two wannabe cops are getting a sense of real police work tonight — but it's not what they expected.

Mariousz Krajewski, 27, and Hubert Sokscinski, 27, are in custody at the 79th precinct accused of using the badge — a fake one — pretending to be cops to stage a daring robbery.

They are charged with robbery and criminal impersonation.

It all began outside a check cashing store in Williamsburg, where the two men apparently were staking out, looking for a victim, until they spotted a man with as much as $6,000 in cash.

As the man drove along Halsy Street in his blue sedan, he was pulled over by two men in a Ford Expedition with flashing lights on the side. Milton Rosa couldn't believe what he was seeing. He at first thought it was part of a movie shoot, but he quickly realized that the men ordering the driver out of his car weren't real cops.

"They didn't act like cops and their badges looked phony," he said.

Rosa said they ordered the driver to stand on the sidewalk as they rummaged through his car, and came out with a fist full of cash. As Rosa was telling the victim he was being robbed by fake cops, a police cruiser on routine patrol passed by.

Two officers thought they saw two detectives on the job, so they decided to stop to offer assistance. When they inquired what they were up to, the faux cops claimed they were investigating a counterfeit money operation.

When the real cops asked for identification, the fake cops claimed they were detectives and didn't have to show ID. They were promptly arrested and charged with robbery and criminal impersonation.

Their vehicle was impounded. Inside police found flashing lights, fake badges and other police related equipment. However, they found no weapons.

This is the latest in a string of police impersonation incidents in the city in recent months. Police advise that if you are ever in doubt, ask to see an officer's identification or ask to speak to his supervisor.