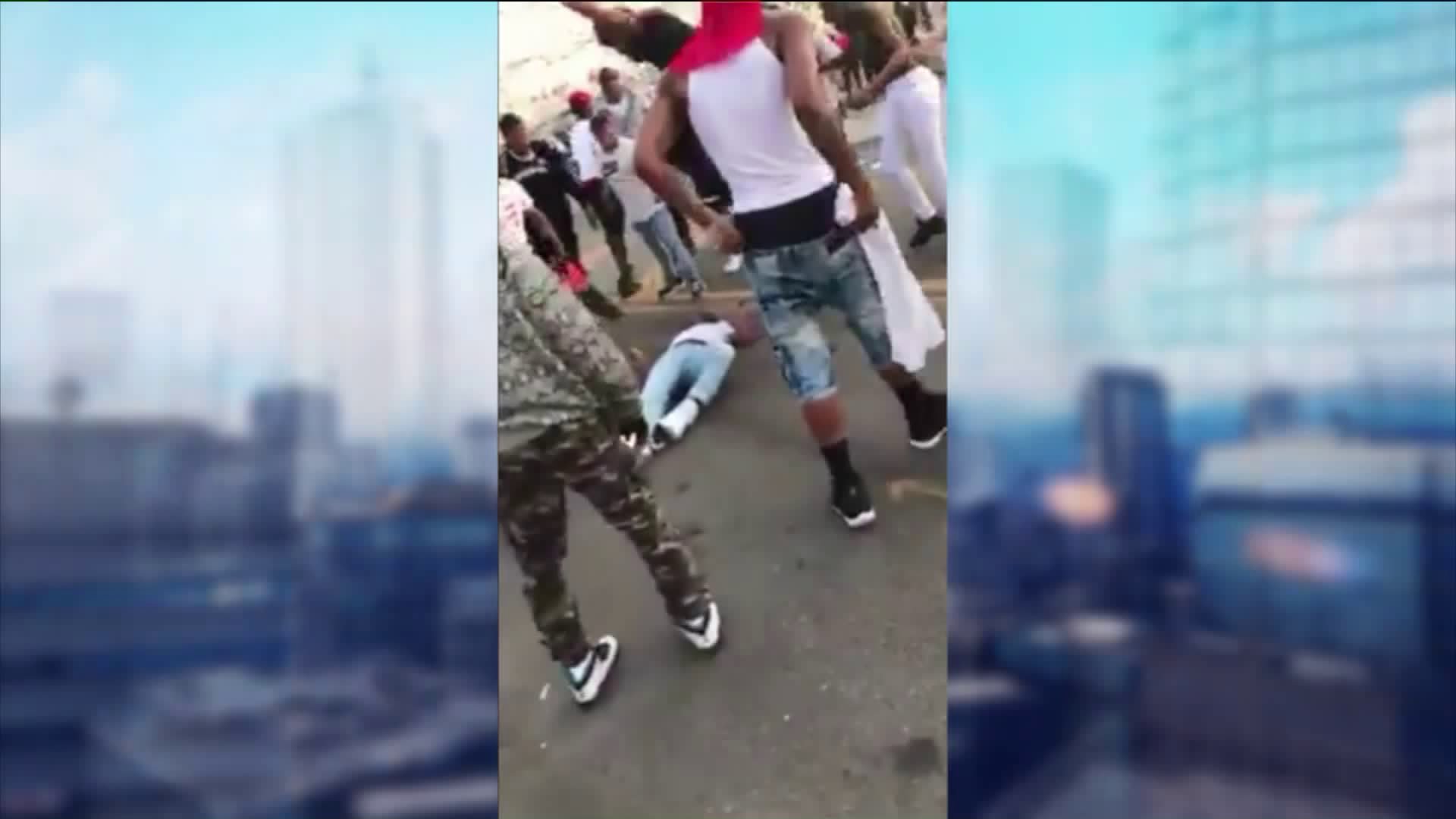 CONEY ISLAND, Brooklyn — Three teens were arrested Thursday in connection with the gang assault against a 16-year-old who suffered a punctured lung in the attack in Brooklyn, police said.

Police say a 15-year-old was arrested but his information is sealed.

Police said at least 10 males were involved in the April 16 attack near 3025 West 12th St. in Brooklyn, near Luna Park.

A 16-year-old boy was walking in that area on Sunday when he got into an argument with the group, police said. The dispute escalated into a physical altercation in which the teen was thrown to the ground, kicked and punched, police said.

Sources said the victim knew some of the attackers who beat him.

The fight is being investigated as a gang assault and was recorded in a 19-second video posted to Facebook. That video has been removed.

The teen was taken to a hospital with a punctured lung and since has been discharged. The day after the attack, his sister reported it to police.