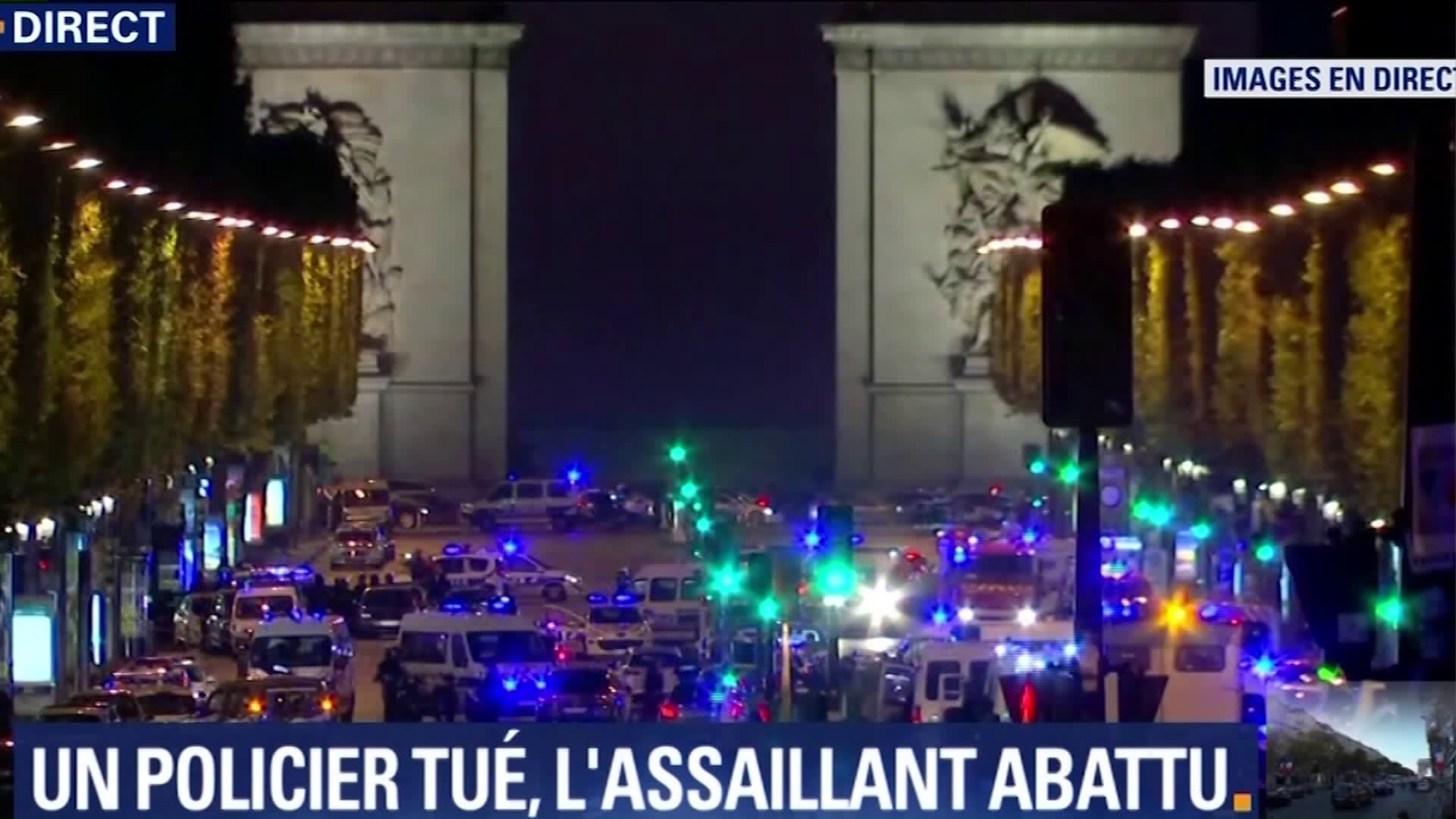 The suspect, who was shot dead by French police, was the subject of a "Fiche S" surveillance file and was on the radar of the French domestic security service DGSI.

PARIS — A man who killed a police officer on the Champs-Elysees Thursday night was known to French security services for radical Islamist activities and had shot and wounded an officer in the past, a source close to the investigation told CNN.

The suspect, who was shot dead by French police, was the subject of a "Fiche S" surveillance file and was on the radar of the French domestic security service DGSI, the source said.

The source said French investigators now believe this was in all likelihood a terrorist attack. They believe there was just one attacker, and the danger is likely over, the source said.

ISIS issued a statement saying an Islamic State "fighter" carried out the attack. The ISIS claim comes via a statement released by the group's media wing, Amaq. The ISIS statement identified the attacker and called him "the Belgian." CNN has not confirmed the attacker's association with Belgium.

Paris Prosecutor Francois Molins said he will reveal the shooter's identity on Friday at a news conference. He said officers are searching the man's residence in Chelles, Seine-et-Marne, a Paris suburb, and are trying to determine if he had accomplices.

The shooting has not officially been declared a terrorist act but anti-terrorist forces are leading the investigation, French President Francois Hollande said.

"The people who were present have been evacuated and we are convinced that the leads which point us to this case, and which will allow us to uncover the truth, are of a terrorist nature," he said.

A man emerged from the car and opened fire on the van with an "automatic weapon," killing one officer instantly, he said. The man "then ran away, managing to shoot and wound two other policemen. Other policemen engaged and shot and killed the attacker," Brandet said.

The slain officer was 30 years old, Molin said. One of the wounded officers was critically injured but is improving, he said. Also wounded was a female tourist.

The shooting shut down the famed Champs-Elysees, one of Paris' top tourist attractions and home to the iconic Arc de Triomphe monument. The avenue was clear of residents and tourists but teeming with security officers Thursday night.

It comes three days before French voters start elections for a new president. Candidates went ahead with a debate Thursday night.

France has been in a state of emergency since the 2015 Paris attacks, which left 130 people dead. Parliament voted in December to extend the extraordinary provisions to ensure the protection of upcoming presidential and general elections.

Security has been tight because of the vote. Just two days ago French authorities arrested two men in Marseille who were allegedly planning an attack in a run-up to the election.

At least three underground train stations of the Paris Metro -- the Champs-Elysees-Clemenceau, George V and F. Roosevelt stations -- have been "closed off" near the site of the police operation on the Champs-Elysees in Paris, BFMTV reported.

Paris resident Daoud Kal, 29, said he was walking in the area near a metro station when he heard four to five shots. He looked around, but couldn't identify where the shots were coming from. People panicked and ran away from the scene and he joined them.

The CNN Paris bureau is on this street and staffers reported hearing a dozen shots. At least 20 police vehicles were seen on the street.

Officers could be seen forcibly removing innocent citizens from the area as they attempted to get them to safety.

President Donald Trump, speaking at a news conference in Washington with the visiting Italian Prime Minister, offered condolences to the people of France after the shooting, saying it "looks like another terrorist attack."

"What can you say? It never ends," the President said.

The Champs-Elysees is a main road lined with restaurants, cafes, exclusive designer boutiques and tourist shops. At one end is the Arc de Triomphe, surrounded by a several-lane-wide roundabout, and the other end stops at the Place de la Concorde, known for its obelisk monument.

The presidential palace, the Elysee, is a few blocks away.

French police tweeted, "Police intervention underway in the area of the #ChampsElysees avoid the sector and follow the instructions of the police forces."

The US State Department put out a cautionary tweet, saying: "If you're in #Paris, monitor local news. #ChampsElysees has been closed. Authorities are telling people to avoid the area after a shooting."

The shooting comes three days before French general elections and Paris was already in a state of heightened alert. French politicians immediately reacted on social media.

Conservative French presidential hopeful Francois Fillon tweeted, "Paying homage to police who give their lives to protect ours, #ChampsElysees."

Prime Minister Bernard Cazeneuve tweeted: "Paying homage to the policeman killed on the champs elysees. Thoughts are with his family. Solidarity with his injured colleagues and those close to them."

Paris Mayor Anne Hidalgo tweeted: "We won't give up, not bow and remain united facing these odious and insidious threats that weigh on our cities."

She also extended a message of solidarity and thanks to the retailers on the Champs-Elysees who gave people shelter during the attack.

This developing story has been updated to clarify details about the attacker's nationality.

The Champs Elysées in Paris has been closed. Authorities are telling people to avoid the area. Multiple security vehicles are on the scene.