Boy, 7, allegedly kicked by principal: ‘He told me that he knocks kids out’ 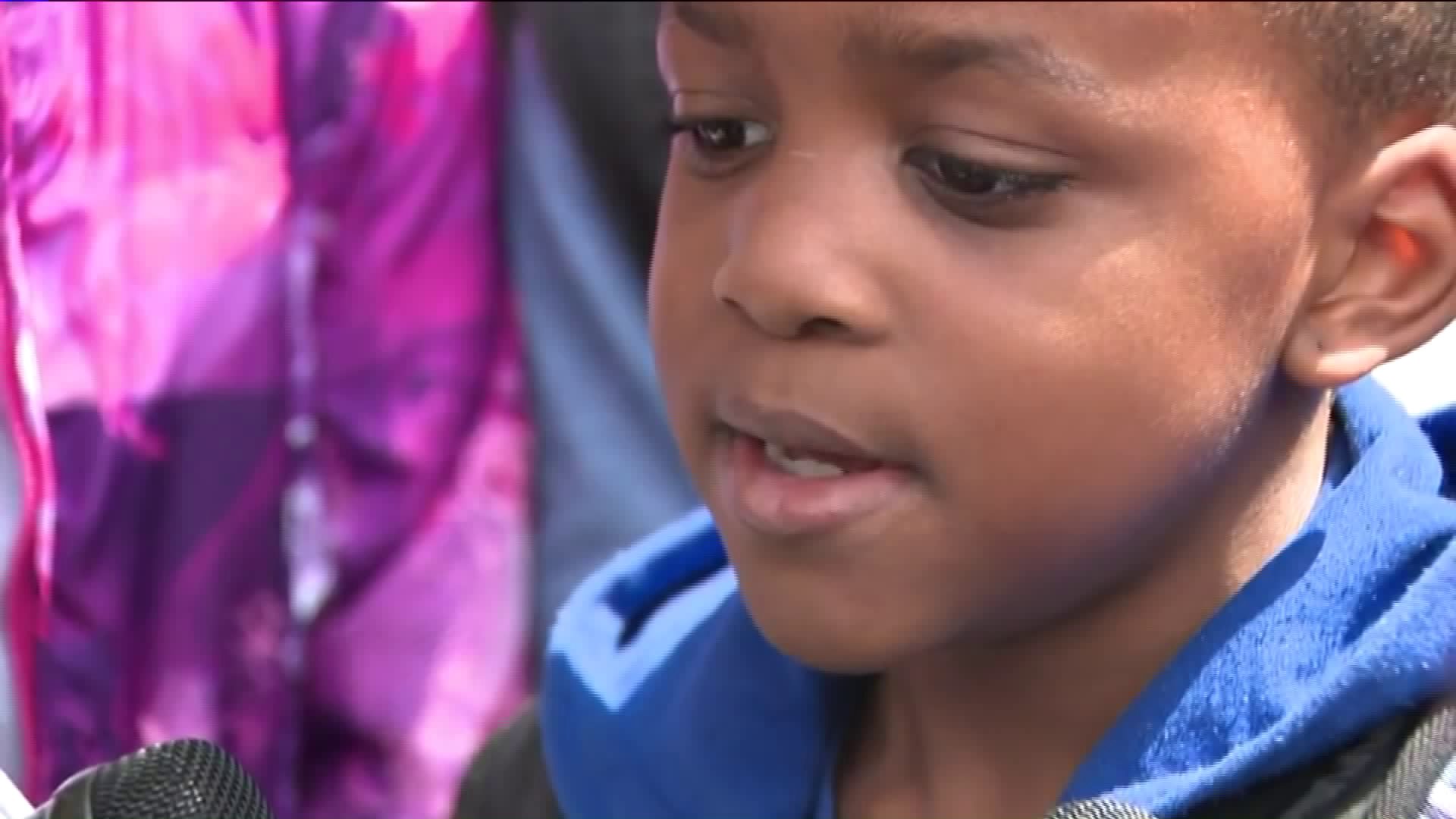 It allegedly started because the boy was wearing a hoodie that didn`t comply with the school`s dresscode.

BROOKLYN, N.Y. — The principal at a Brooklyn elementary school is accused of pulling a 7-year-old student into a stairwell then kicking and hitting him because the child allegedly hit a school aide trying to block the boy from running, authorities and sources said.

Machael Spencer-Edwards, 42, was arrested Tuesday at his home in Far Rockaway, police said. He is the principal at P.S. 202 in East New York, and was not home Wednesday to answer PIX11 News' questions about the allegations.

The student, Hasheem Welch, told PIX11 News he was in the lunchroom wearing a hoodie -- which is not allowed under the school's dresscode -- and Spencer-Edwards told Welch he was going to confiscate his sweatshirt.

The principal told a school aide to block Welch from running.

"I hit her then he grabbed me and swung me and brought me in the staircase and kicked me and then he smacked me," Welch said.

"He told me that he knocks kids out."

Hasheem Welch's mother says her 7-year-old son was hit and kicked by his principal at P.S. 202 in Brooklyn. (Family)

The alleged encounter happened on March 13 and was reported to police three days later on March 20.

Welch's mother, Shema McKenzie, said the school never told her about what happened.

"I met with the principal and he states he didn't so such things to Hasheem and that he has a 7-year-old son himself and he wouldn't do that," McKenzie said.

Police sources said the entire incident was caught on camera. Spencer-Edwards faces charges of assault and acting in a manner injurious to a child, police said.

The principal has been removed from the school and now is working "away from students," according to the city's Department of Education.

"This alleged behavior is deeply disturbing, and has no place in our schools. This principal has been removed from the school and reassigned away from students," the agency said in a statement. "We are providing additional guidance and ongoing support to the school community."

Machael Spencer-Edwards, the principal at P.S. 202 in Brooklyn, is accused of kicking and hitting a 7-year-old student in March 2017.

Parents at the school said they had not known their kids' principal was arrested. The superintendent sent out a vague letter to parents telling them that Edwards was reassigned pending the results of an investigation.

In 2016, Spencer-Edwards allegedly barred students at P.S. 202 from a Valentine's Day party because they didn't wear pajamas like the flier has specified, according to the New York Post.

The Post reported at the time that Spencer-Edwards "personally checked children to decide if their attire merited admission" to the in-school party, which featured juice, cupcakes and dancing.

Teachers and parents told the Post that several third-graders were seen crying when they were rejected from the bash, which cost students $2 to attend.