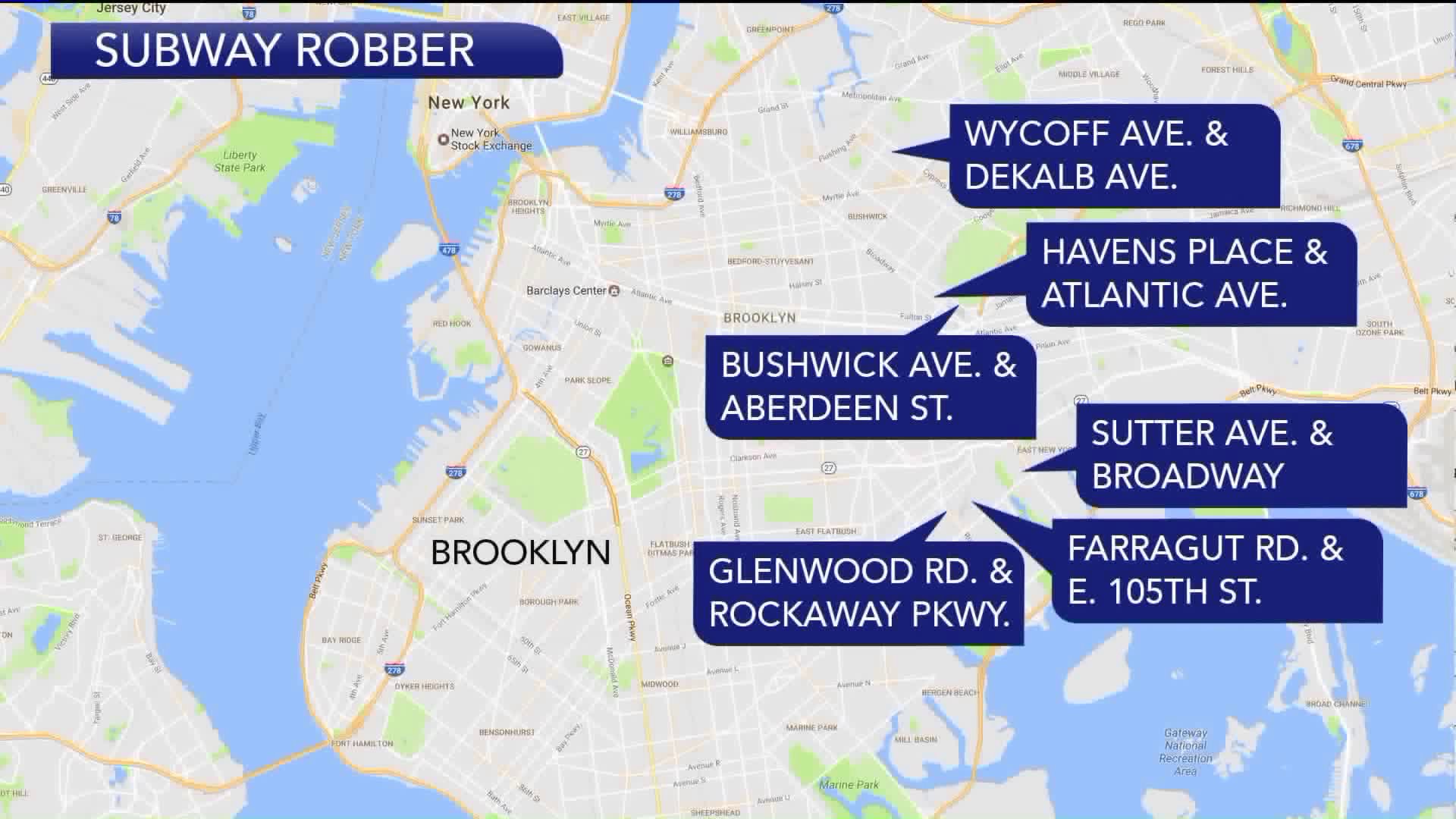 The thief cuts a hole in victims` pants as they`re sleeping then takes their wallet, police said.

BUSHWICK, Brooklyn — Police are looking for a man wanted in a string of robberies targeting sleeping L train passengers.

The thief cuts a hole in victims' pants as they're sleeping then takes their wallet, police said.

He's robbed at least seven times on L trains since Feb. 2. Most recently, he struck at about 5 a.m. on April 2. In that case, he sliced the front pocket of the 24-year-old man and took his wallet, the NYPD said.

That same morning, he stolen from at least two other victims.

While on a southbound L train, the man snatched wallets from two men, ages 27 and 39, police said. Both victims realized their items were stolen after they woke up.

The repeat thief was unsuccessful on March 28 when he tried robbing a 28-year-old man on an L train. The victim noticed the culprit cut his front and rear pants pocket before the thief could get away with the victim's belongings, police said.

The other three victims include men ages 21 to 23, police said.

The subway snatcher is between 30 and 40 years old, with a dark complexion and stands about 6 feet tall, police said. He was last seen wearing a light blue button up shirt, black NY hat, blue jeans and black sneakers.