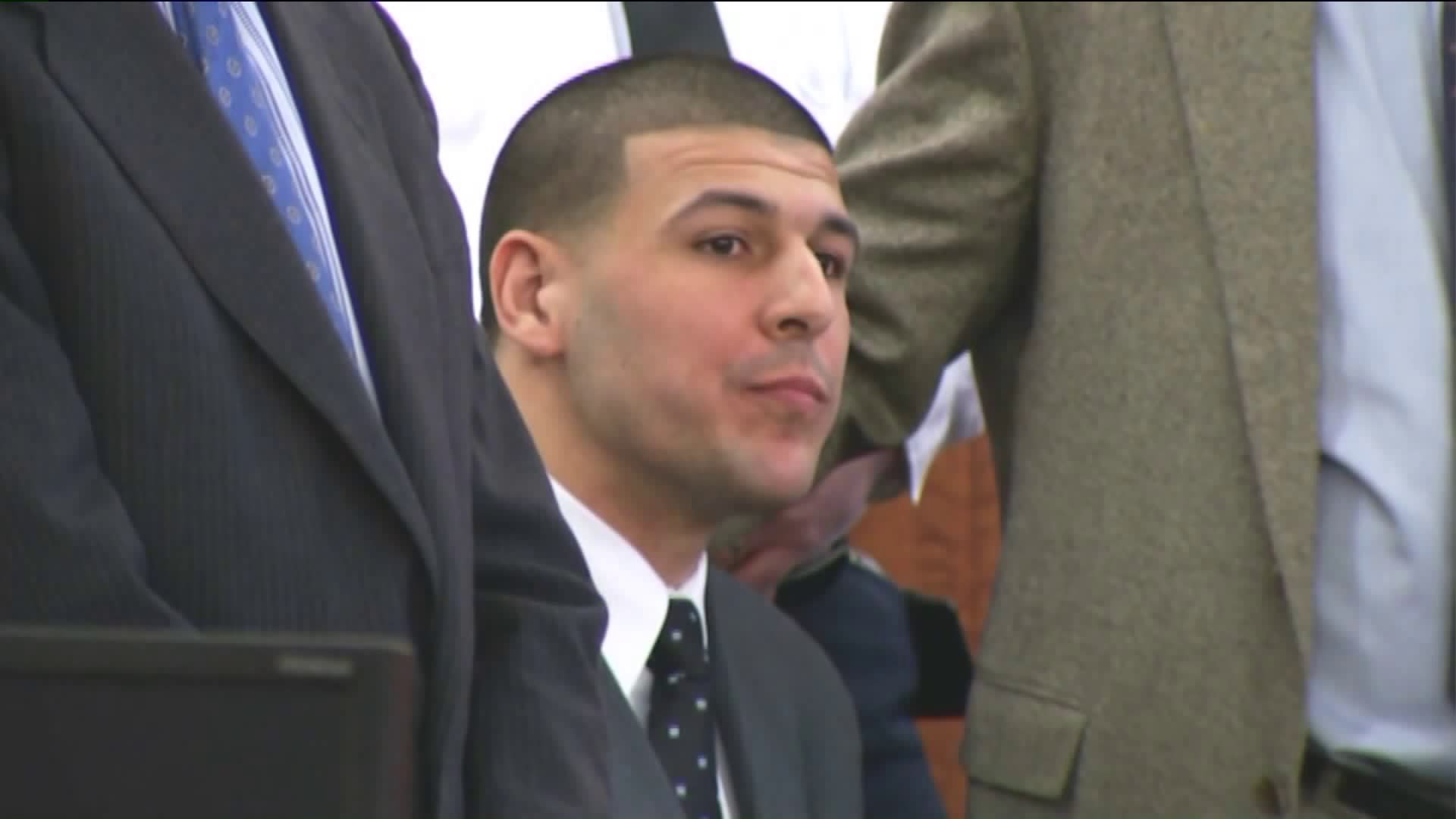 Former NFL star Aaron Hernandez committed suicide by hanging himself in his prison cell early Wednesday, according to the Massachusetts Department of Correction.

LANCASTER, Mass. — Former NFL star Aaron Hernandez hanged himself in his prison cell early Wednesday, according to the Massachusetts Department of Correction.

Aaron Hernandez sits in the courtroom of the Attleboro District Court during his hearing on Aug. 22, 2013 in North Attleboro, Massachusetts. (Jared Wickerham/Getty Images)

Corrections officers at the Souza Baranowski Correctional Center discovered Hernandez dead in his cell around 3:05 a.m., according to Assistant Deputy Commissioner of Communications Christopher Fallon.

Hernandez, 27, attempted to block his door from the inside by jamming it with various items when he hanged himself using a bedsheet, Fallon said.

"Lifesaving techniques" were attempted, and Hernandez was transported to the hospital, where he was pronounced dead at 4:07 a.m., Fallon said.

Hernandez was not previously believed to be suicidal, and thus was in a single cell in general population housing, rather than a different unit for those on mental health watch, Fallon noted.

The Office of the Chief Medical Examiner plans to conduct an autopsy to determine his cause and manner of death.

Upon learning the news, the Hernandez defense team issued the following statement:

The family and legal team is shocked and surprised at the news of Aaron’s death. There were no conversations or correspondence that would have alarmed the legal team or family. He was looking at forward to an opportunity for a future release. We are heartbroken and we are determined to find the truth. We are looking into the process and will conduct a transparent investigation into his untimely death.

Hernandez, a Connecticut native and former New England Patriots tight end, was acquitted last Friday in a double slaying, but was already serving a life sentence for the 2013 killing of Odin Lloyd, a semi-professional football player who was dating the sister of Hernandez’s fiancee.

The most recent trial was over the 2012 shooting deaths of  Daniel de Abreu and Safiro Furtado.

Hernandez was charged two years later, with prosecutors claiming the two men were fatally shot by the NFL star because he felt disrespected when one of them bumped into him and spilled his drink at a Boston nightclub.

Hernandez signed a five-year, $40 million contact with the Patriots about six weeks after Furtado and de Abreu were killed, and went on to play another season before Lloyd was killed.

He was cut from the team shortly after he was arrested in Lloyd’s death.