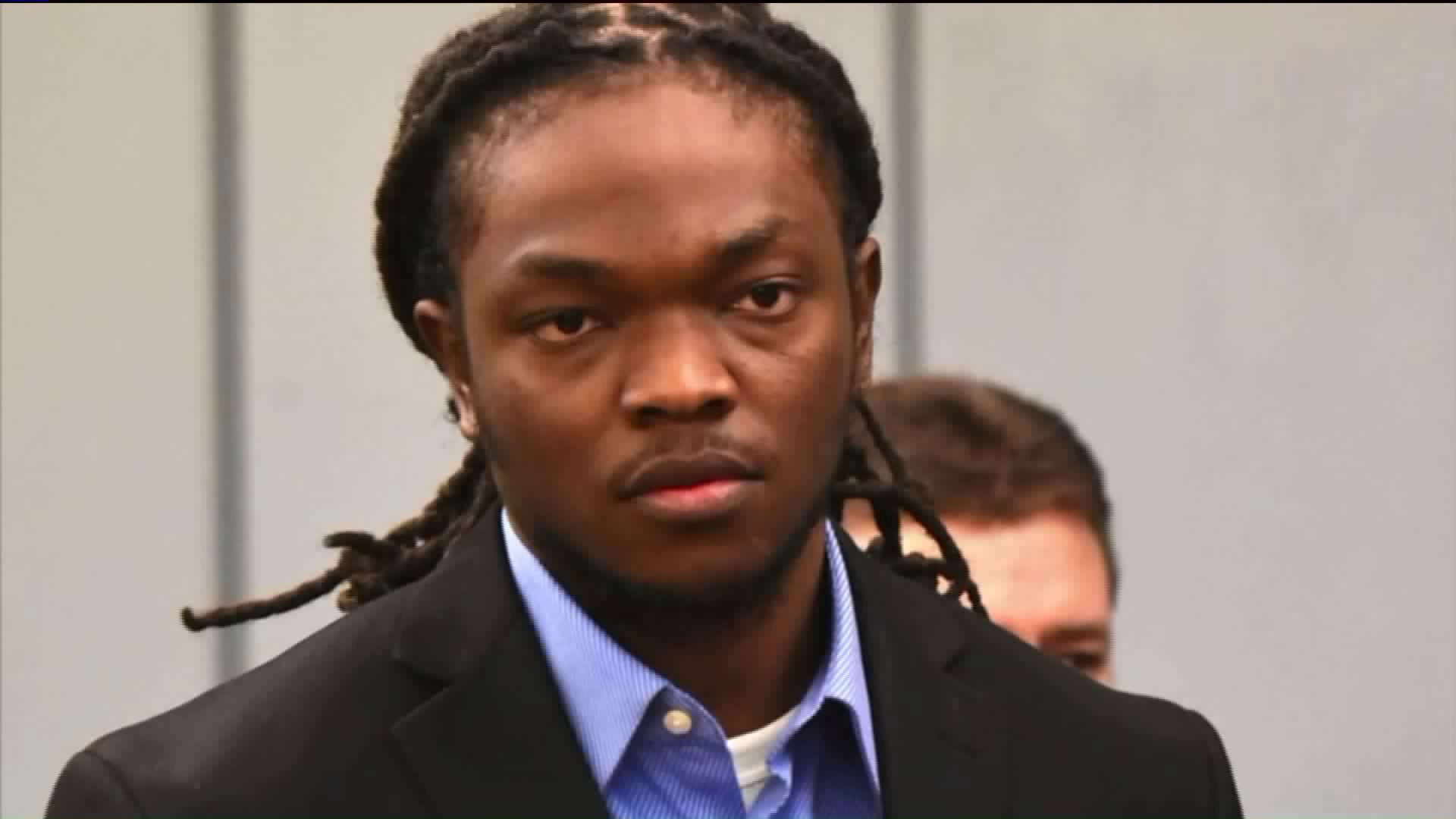 A man convicted of aggravated vehicular homicide has been sentenced to 12 to 36 years behind bars for a 2015 crash on Long Island that killed a father and his two children.

CENTRAL ISLIP, N.Y. – A man convicted of aggravated vehicular homicide has been sentenced to 12 to 36 years behind bars for a 2015 crash on Long Island that killed a father and his two children.

Oniel Sharpe Jr. was sentenced Tuesday evening after being convicted in February in July 12, 2015, deaths of Ancio Ostane, his 8-year-old son and 4-year-old daughter on the Southern State Parkway. Ostane's wife, Lucnie Bouaz-Ostane survived the crash, which caused the family's car to explode. Authorities say Sharpe was driving at more than 90 mph.

But what Ostane said spokes volumes. They're not related but she told him.

Suffolk County Prosecutors had recommended Sharpe get the maximum sentence.

"This man watched as a family burned to death," said Thomas Spota, the Suffolk County District Attorney.  "She's devastated for the rest of her life. There is nothing in the world that will satisfy this poor woman."

Prosecutors say Sharpe was driving drunk on the Southern State Parkway on July 11, 2015 when he rear ended the Ostanes' Toyota Rav 4 at more than 80 miles per hour before it burst into flames. In the hours after the crash, Lucine told PIX11 she tried to desperately save her family.

"I tried to open the passenger back door because I heard my daughter crying," Ostane said. "I'm hopeless."

Instead of helping the family, Sharpe who had a blood alcohol level of 0.12 in his system during the crash is seen on cellphone video tossing two liquor bottles out of his wrecked BMW before he called a friend to pick him up and flee.

"Here is a family burning to death screaming... what did he do? He was throwing the evidence of his crime away," Justice Fernando Camacho said.

Camacho said Sharpe was using the Southern State Parkway as his playground with no regard to human life.

His friend Demtri Stewart pleaded guilty to leaving the scene and was sentenced to 1 to 3 years in prison last week.

His defense lawyer had argued he left the scene to take two injured passengers in his car to the hospital.

But hospital records presented at the trial showed none of them had serious injuries.