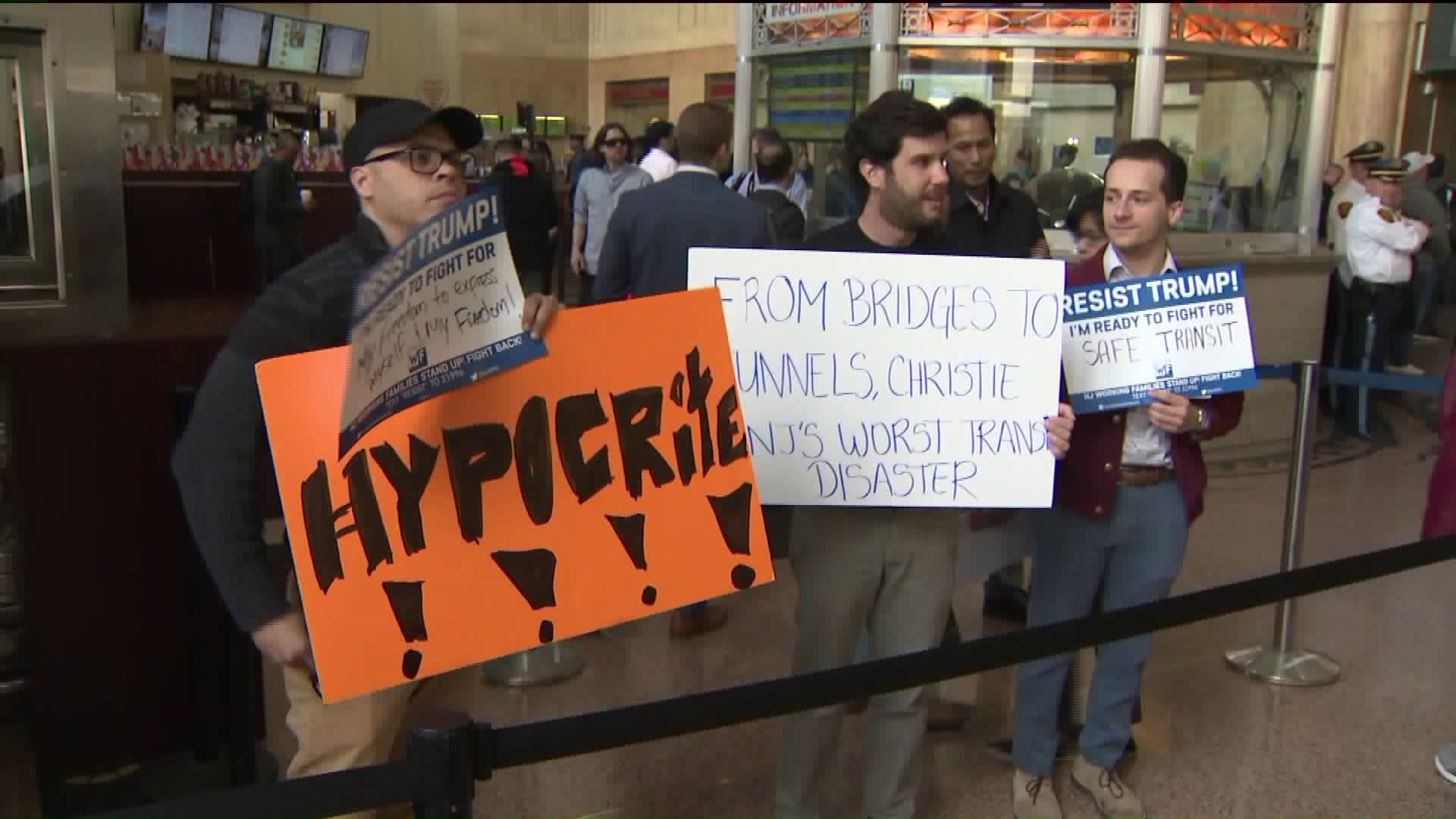 Gov. Christie is now calling for more federal funding for the rail systems, something he shot down years ago.

NEWARK, N.J. — Recent train disruptions in New York that caused cascading delays between Boston and Washington, D.C., have refocused attention on a multibillion-dollar tunnel project that could have ameliorated future problems if it hadn't been canceled by Republican New Jersey Gov. Chris Christie in 2010.

Whether Christie feels any pangs of remorse over the decision was left unanswered Wednesday at a news conference to urge President Donald Trump's administration to honor a pre-existing commitment to fund a new tunnel project.

"That's done. That's history," Booker said. "I don't have time to waste looking backward. I want to fix this problem, and we have a workable plan to fix this problem. What we need now is a commitment from this administration that it will continue to work with this plan."

The ARC tunnel would be nearing completion if Christie hadn't pulled the plug on it over concerns New Jersey taxpayers would be responsible for cost overruns he estimated at several billion dollars. A report by the federal Government Accountability Office later disputed those numbers as well as Christie's assessment of New Jersey's percentage of the overall project cost.

The existing, 110-year-old tunnel connecting New Jersey and New York City is a source of regular delays due to overhead wire problems. It also suffered severe saltwater damage from Superstorm Sandy in 2012 which Amtrak, its owner, has said will eventually force a shutdown for repairs.

Last Friday, a New Jersey Transit train was disabled in the tunnel for nearly three hours. In the jam-packed station, a stampede ensued when police used a stun gun to subdue a man causing a disturbance.

While a second tunnel wouldn't prevent similar derailments, experts said it could lessen the fallout by giving trains more options to move in and out of the station.

The new tunnel project, part of Amtrak's Gateway plan to expand Penn Station and make other infrastructure improvements in the region, was approved for fast-tracked environmental permitting and in line for billions in federal grants under President Barack Obama.

But Trump's proposed federal budget would only provide those grants to projects that have advanced to the final contract stage, potentially jeopardizing Gateway.

Christie, a longtime friend of Trump, said he has already broached the subject with the president.

"I've already spoken to the president about this, the president is well aware of my views on this project," he said. "I absolutely will continue to speak my mind on this, both publicly and privately."

"Is the federal government going to meet its obligations to make sure we don't have crisis in this region?" Booker asked. "All of us should be calling on the administration to follow through."