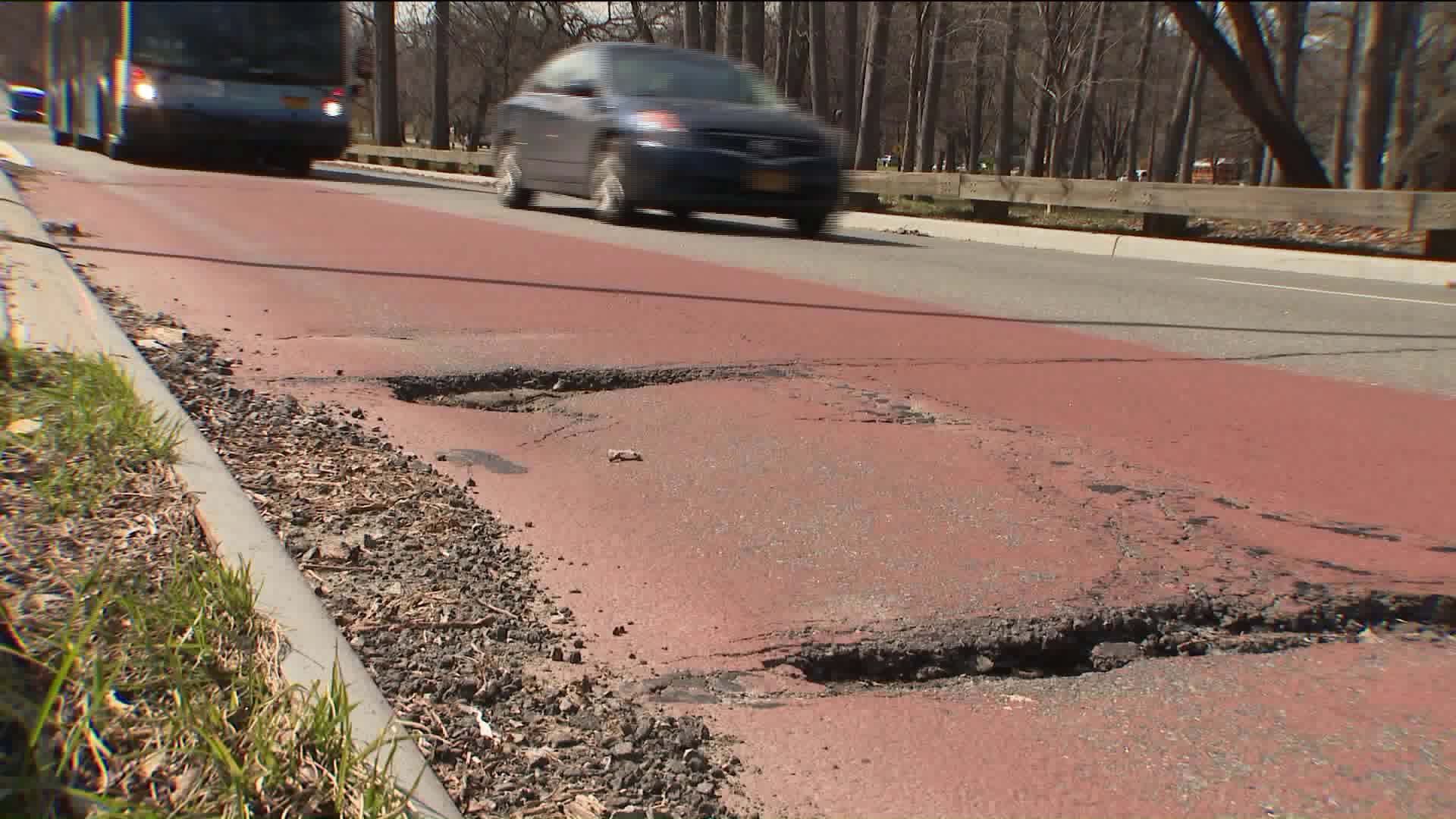 The contract was recently awarded to Queens based CAC Industries.

NEW YORK — A $115 million contract to reconstruct Pelham Parkway North is causing outrage among many residents, politicians and community leaders.

The contract was recently awarded to Queens based CAC Industries, the same company that was criticized for its work on Pelham Parkway South.

As PIX11 first reported in 2015, only six months after the contractor completed the $38 million Pelham Parkway South job, cracks began appearing in all the re-paved roads. CAC filled the cracks with tar, creating ugly veins of tar along the entire roadway.

“They did a band-aid attempt to make the repairs,” Community Board 11’s John Fratta said in 2015. “The Community Board is demanding that they resurface this whole roadway and do it right.”

Two years later, the resurfacing has still not been done and the condition of Pelham Parkway South is worse than ever, with huge potholes, and major cracking and buckling of the pavement.

“The project is taking so long,” said Bronx City Councilman Jimmy Vacca. “People are asking when is it going to be finished.”

That’s why there was shocked reaction recently when New York City’s Depart of Design and Construction (DDC), announced it has awarded the contract to reconstruct Pelham Parkway North to CAC Industries.

“It makes no sense,” said Fratta. “It’s like if you’re getting your house done and you get a contractor that messes up the kitchen. You don’t call him back to do the living room.”

The DDC says CAC was “the lowest responsive and reliable bidder.”

Councilman Vacca said, “I think we have to look at our contracting process and consider other criteria besides the lowest bidder.”

A spokesperson says DDC did take into consideration the work CAC Industries did on Pelham Parkway South and is satisfied with that work. No one from the DDC, headed by Commissioner Feniosky Pena-Mora, would speak with us on camera. Neither would CAC Industries President Michael Capasso, though he said he’d be willing to meet with community leaders and local politicians to address their concerns.

Only if there’s fraud or corruption, then they could kill the contract.” Vacca says the DDC needs to closely supervise the contractor’s work on Pelham Parkway North. “We expect them to be out there monitoring the work daily.”

If you’ve got a story idea, email Arnold Diaz at whatashame@pix11.com.