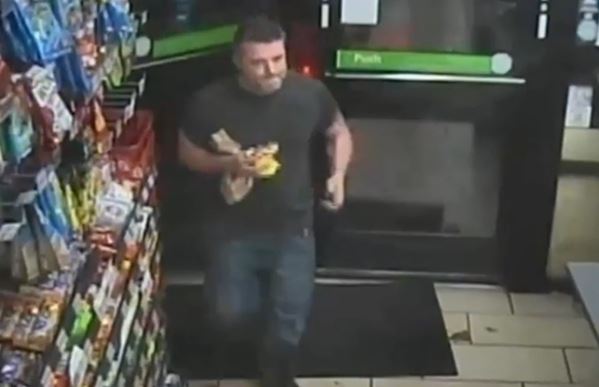 The victim's wallet and phone were stolen. She thought was giving police information they needed to find the thief, but she was talking to the thief himself. This surveillance video shows the man wanted for questioning in the case.

EAST VILLAGE, Manhattan — After a woman spending a Saturday night in the East Village had her cellphone and wallet stolen, a mystery man pretending to be an NYPD detective gleaned vital information from the victim – then used it to go on a shopping spree with her stolen credit cards, police said.

It was about 11 p.m. on Saturday, Nov. 19, 2016, when the victim realized that her wallet and cellphone were missing. She was on Saint Marks Place near Avenue A.

Police on Tuesday released surveillance video of a man they believe pretended to be a detective to use the victim’s stolen cards.

The night of the theft, the woman, 29, went home and called 911. The next morning, she was contacted by an unidentified man who said he was an NYPD detective and that he had arrested the person who stole her belongings, police said.

That man asked the woman for her access code, saying he needed to get into her phone to review the call history.

Thinking she was speaking with the police, the victim complied – and soon after, her cellphone was turned off and several unauthorized purchases were made with credit cards, police said. It’s not known how much was charged to the woman’s cards.