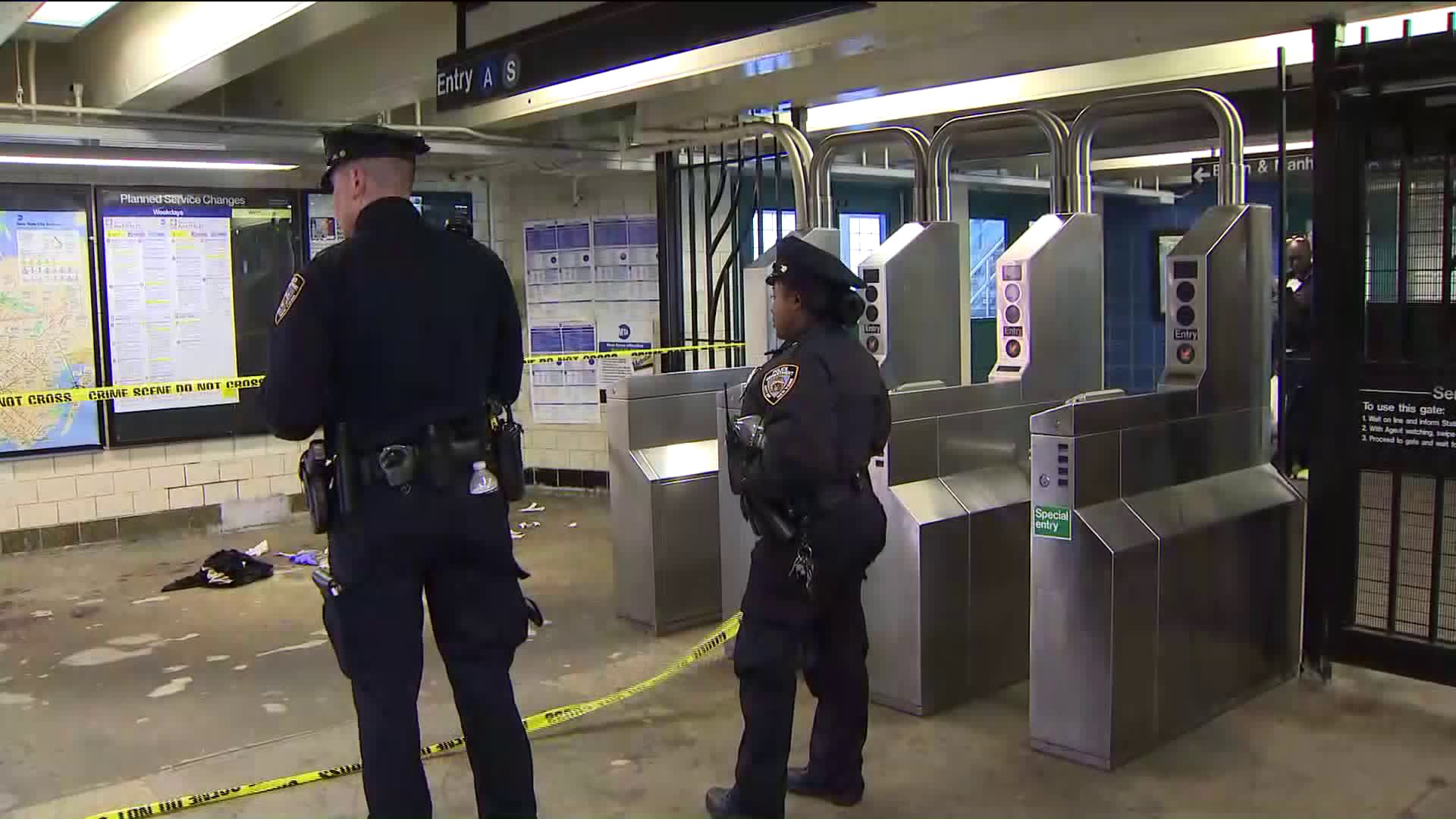 Police are continuing to scour the area for the two suspects, a male and a female.

FAR ROCKAWAY, Queens — Police are looking for two suspects after a man was slashed at a subway station in Far Rockaway Tuesday afternoon.

It happened around 4:20 p.m. on the A train line at the Beach 90th Street station.

A woman reportedly told police that her husband was jumped by the unidentified attackers during a dispute and slashed. The reason for the dispute is not known.

The man, 31, was taken to the hospital, where he is being treated for injuries to the face and thigh.

Police are continuing to scour the area for the two suspects, a male and a female.