Man being chased by police in Brooklyn tries to climb out window, falls to his death 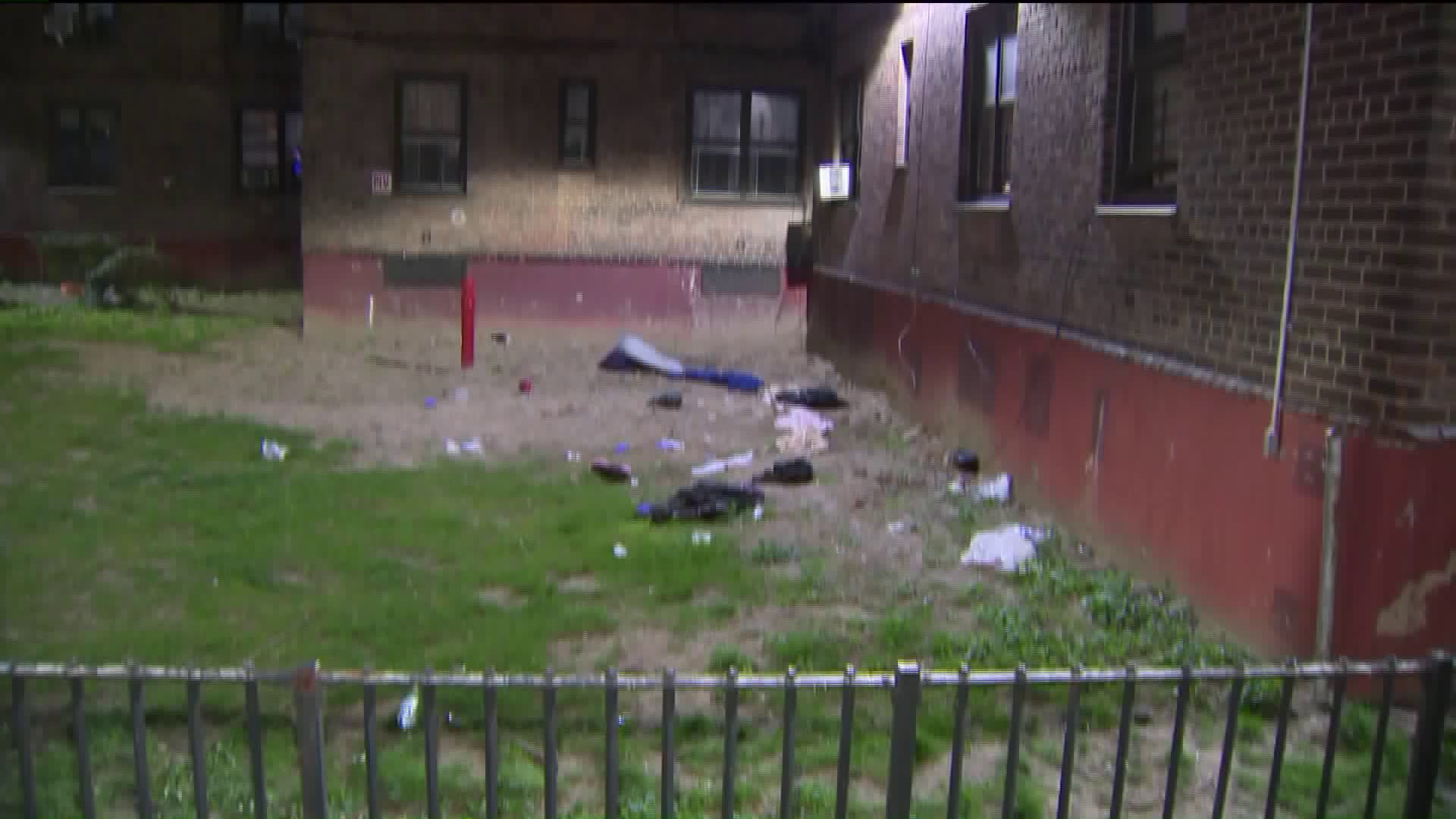 The suspect was evading police as he tried to climb from the window using a sheet when he fell 11 stories.

FORT GREENE, Brooklyn — A man who was being chased by police in Brooklyn Tuesday night fell to his death when he attempted to climb out a window using bed sheets.

It happened around 6:30 p.m. inside a NYCHA building at Navy Street and Park Avenue near the Navy Yard in Fort Greene.

The suspect was evading police as he tried to climb from the window when he fell 11 stories.

Sources tell PIX11 he posted a live video on Facebook as detectives were at his door, just moments before he tied bed sheets together and tried to climb down.

The man is heard saying, "the cops is at my door. They're looking for me right now."

He continues with, "detectives are at my door and I'm scared."

It's unclear why the suspect was trying to get away from police.

Police say there is an ongoing investigating into what happened.