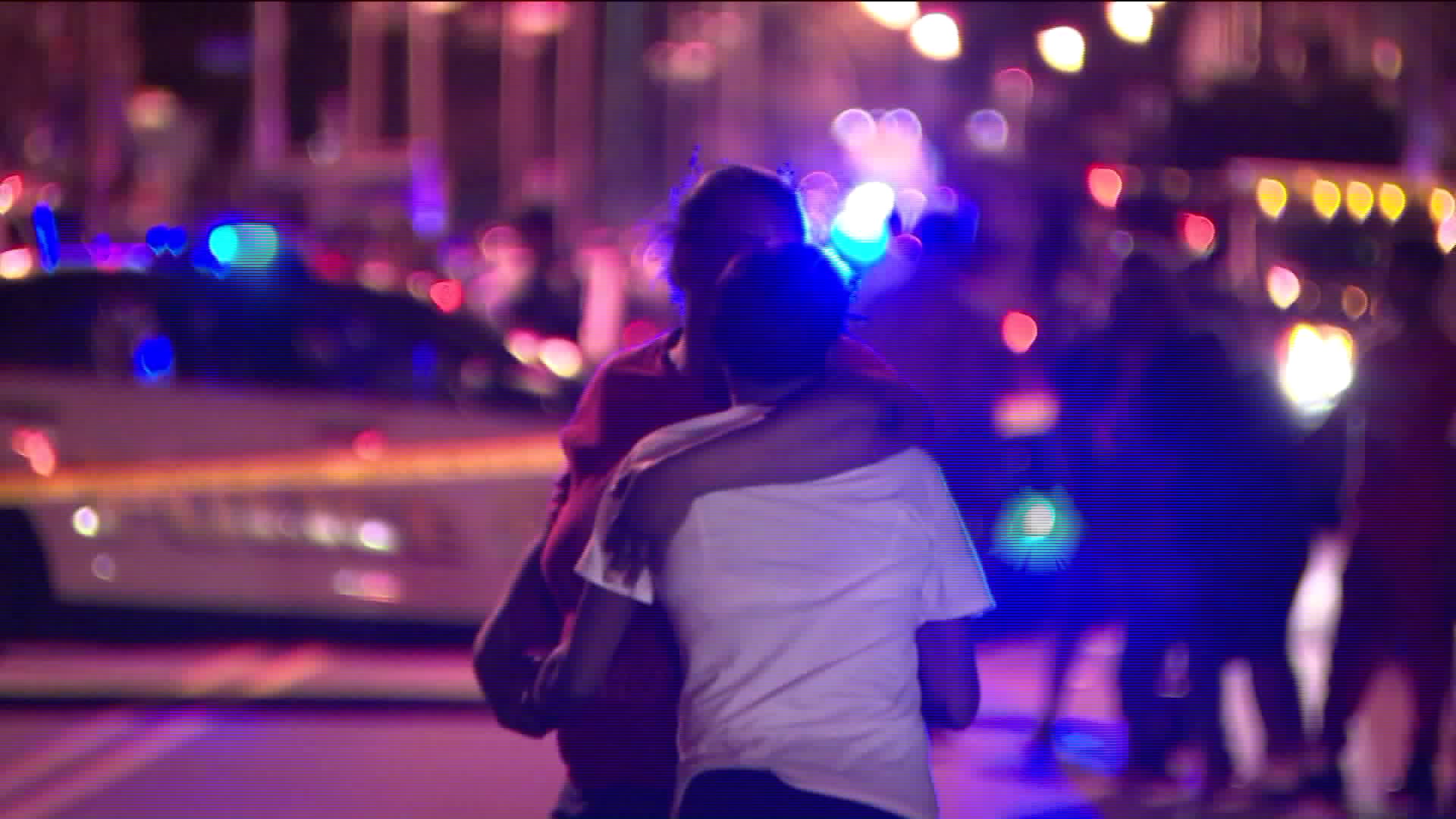 JERSEY CITY, N.J. A man was fatally shot and a 10-year-old girl remains hospitalized after being shot in the stomach while caught in the crossfire in Jersey City on Easter, police confirmed Monday.

JERSEY CITY, N.J. — A man is dead and a 10-year-old girl remains hospitalized after being shot in the stomach while caught in the crossfire in a Jersey City shooting on Easter, authorities said Monday.

Police investigate a fatal shooting that also resulted in the injury of a 10-year-old girl in Jersey City on April 16, 2017. (PIX11)

Jimmy Gregory, 19, of Jersey City, was shot and killed at the scene, according to prosecutors, who did not say why he may have been targeted.

A 10-year-old girl sitting in a nearby vehicle was shot in the stomach by a stray bullet, according to police. She is not believed to have any relation to the man who was killed.

The girl underwent surgery overnight and remained in the hospital Monday.

The pair faces charges of murder, attempted murder, firearms violations, resisting arrest and hindering apprehension, prosecutors said. They are schedule to appear in court on Tuesday.