Over 100 homeless after fire rips through Passaic apartment building 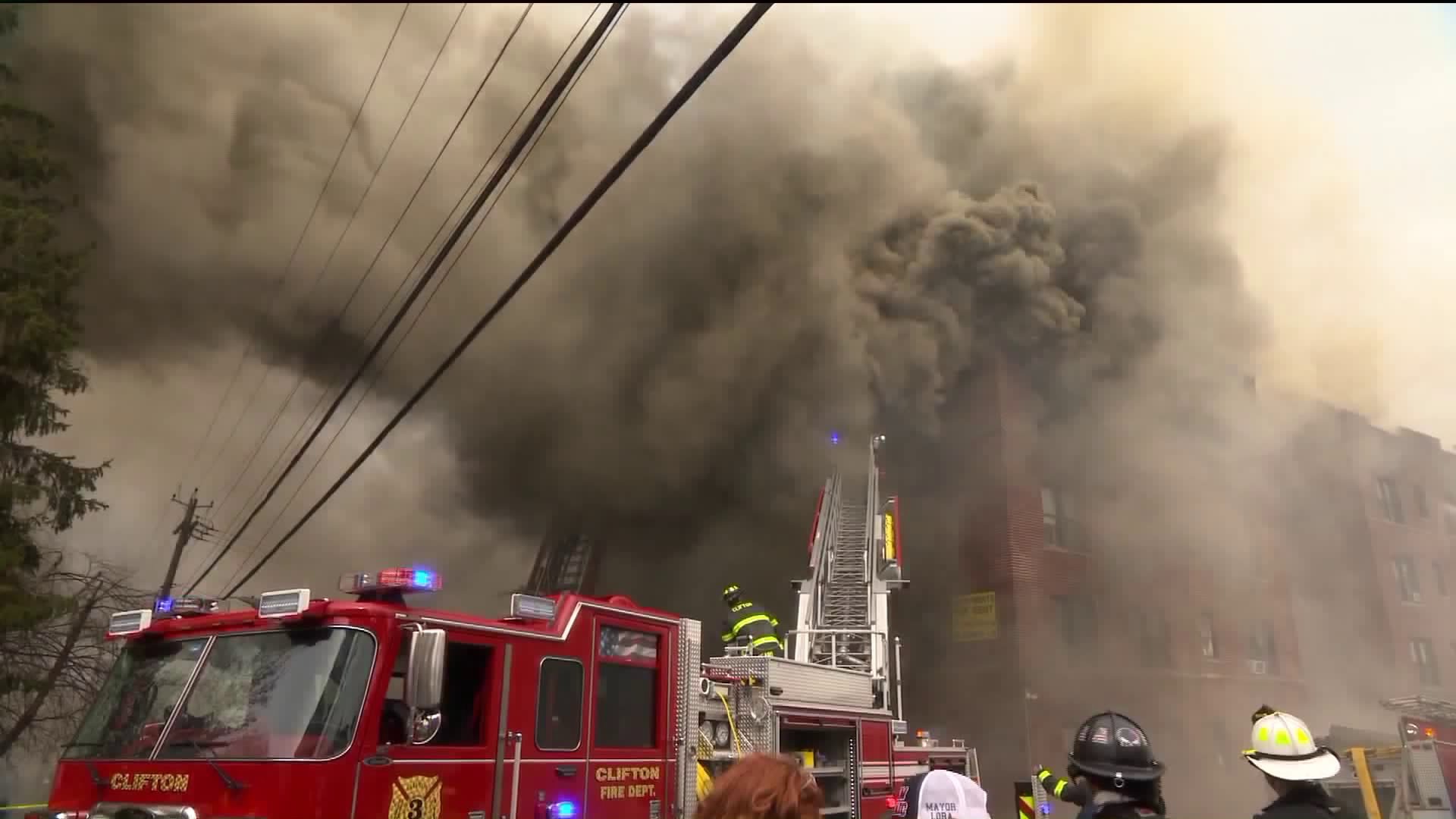 The fire grew to six alarms.

PASSAIC, N.J. – More than 100 Passaic residents are without a home the day before Easter after a fire ripped through an apartment building Saturday afternoon.

The thick black smoke and flames could be seen shooting from the top floor of the four-story apartment building at 112 Gregory Ave. around 1 p.m.

Within an hour, the fire had grown to six-alarms with more than 150 firefighters, six ladders and 10 engines on the scene.

Firefighters also had to leave the building because the ceiling collapsed.

"We are fortunate that it started high up, Fire Chief Patricia Trentacost told PIX11. "If it had started on the first or second floor, there would be more concern for collapse."

More than 200 people live in the apartment building. They are being assisted by the Red Cross.

"I am asking everyone else in the area to close their windows because of the smoke," Mayor Hector Lora told PIX11.

Some residents of the apartment building just kept staring at the smoke and flames.

Raysa Bravo, 25, with tears in her eyes, wanted to go in and save her pets but it was too dangerous.

"Part of me is missing," Bravo told PIx11. "I've lived here for 23 years. My pets are inside and they are not letting me get them out. I am speechless."

The mayor said there were no serious injuries in this fire. The cause is still under investigation.