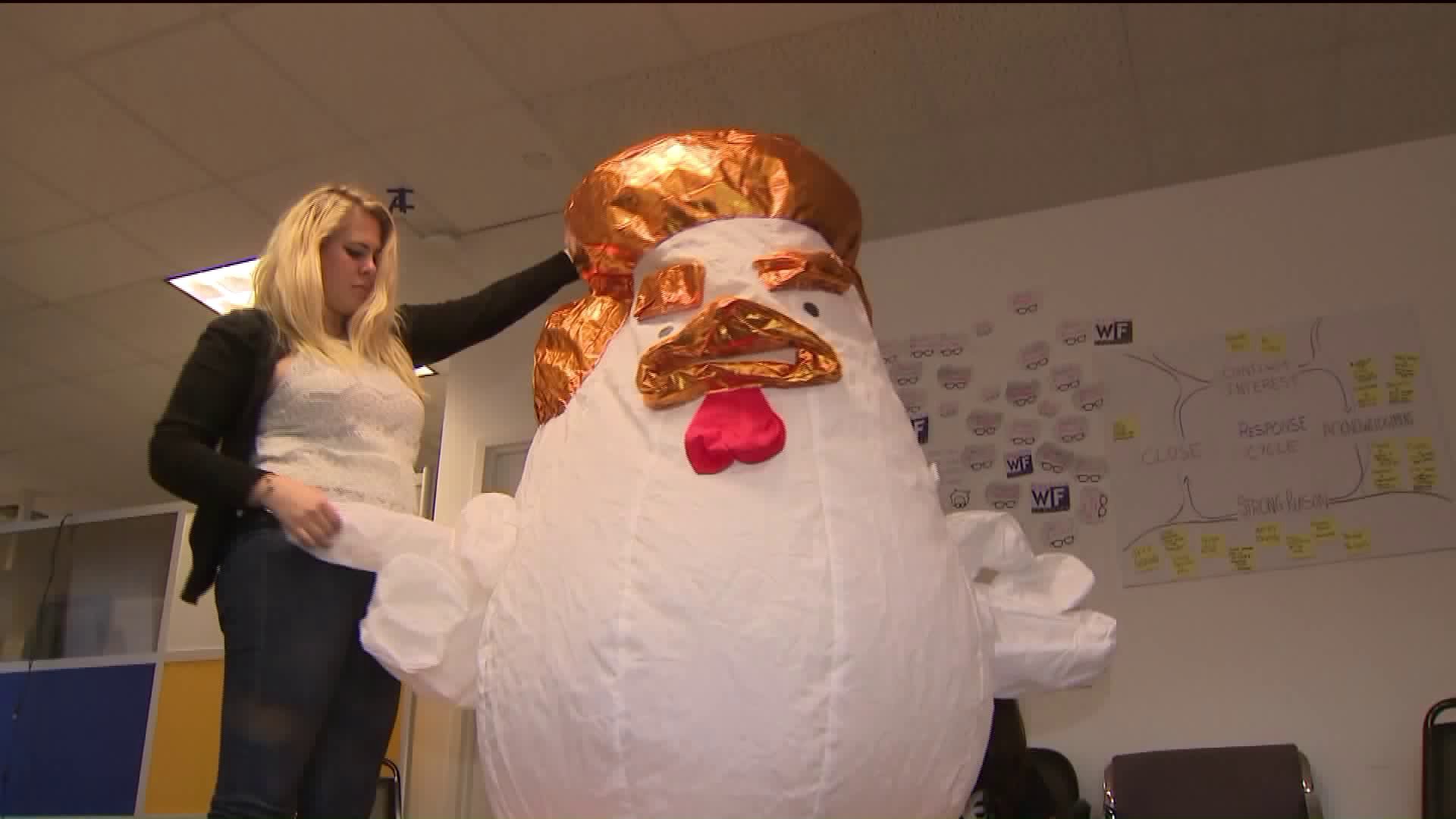 The inflatable chicken was made to resemble President Trump.

NEW YORK – Tens of thousands of demonstrators are preparing to hit the streets in midtown this weekend for a Tax March with chickens made to look like President Donald Trump to highlight the fact that the president remains coy on his tax returns.

“The message of all of them is that Trump is too chicken to release his taxes,” Joe Dinkin, of the Working Families Party, said.

Marches are slated for cities nationwide. In Manhattan , demonstrators are set to gather at 1 p.m. at Bryant Park.

The seeds for the demonstration were planted on Twitter months ago.

“So I tweeted … and said, ‘Trump claims no one cares about his taxes. The next mass protest should be on Tax Day to prove him wrong,’” Frank Lesser said.

Lesser said the message initially garnered about 21,000 retweets but then comedian Patton Oswalt shared the tweet with his 3.7 million followers.

“He gave it, like, full-throated support. He got, like, another 40,000 retweets and then every from Michael Moore to Beau Willimon to Sara Silverman were retweeting,” Lesser said.

Now, much like with the Women’s March and the demonstrations spurred by the implementation of Trump’s travel ban, protesters will be taking over the streets – this time, joined by inflatable chickens, towering at 6 feet and 14 feet tall.

While the approach may seem humorous, Dinkin said this weekend’s rallies are targeting taxes for a very serious reason.

“Tomorrow is about releasing Trump's taxes,” he said. “We think people have the energy and attention span to care about a lot of different things at once, but tomorrow is about his taxes and that is because, you know, he is part of an administration that is under investigation for collusion of a foreign power over manipulating election results, without seeing his tax returns we'll never know who he is really working for or the extent of his business entanglements."