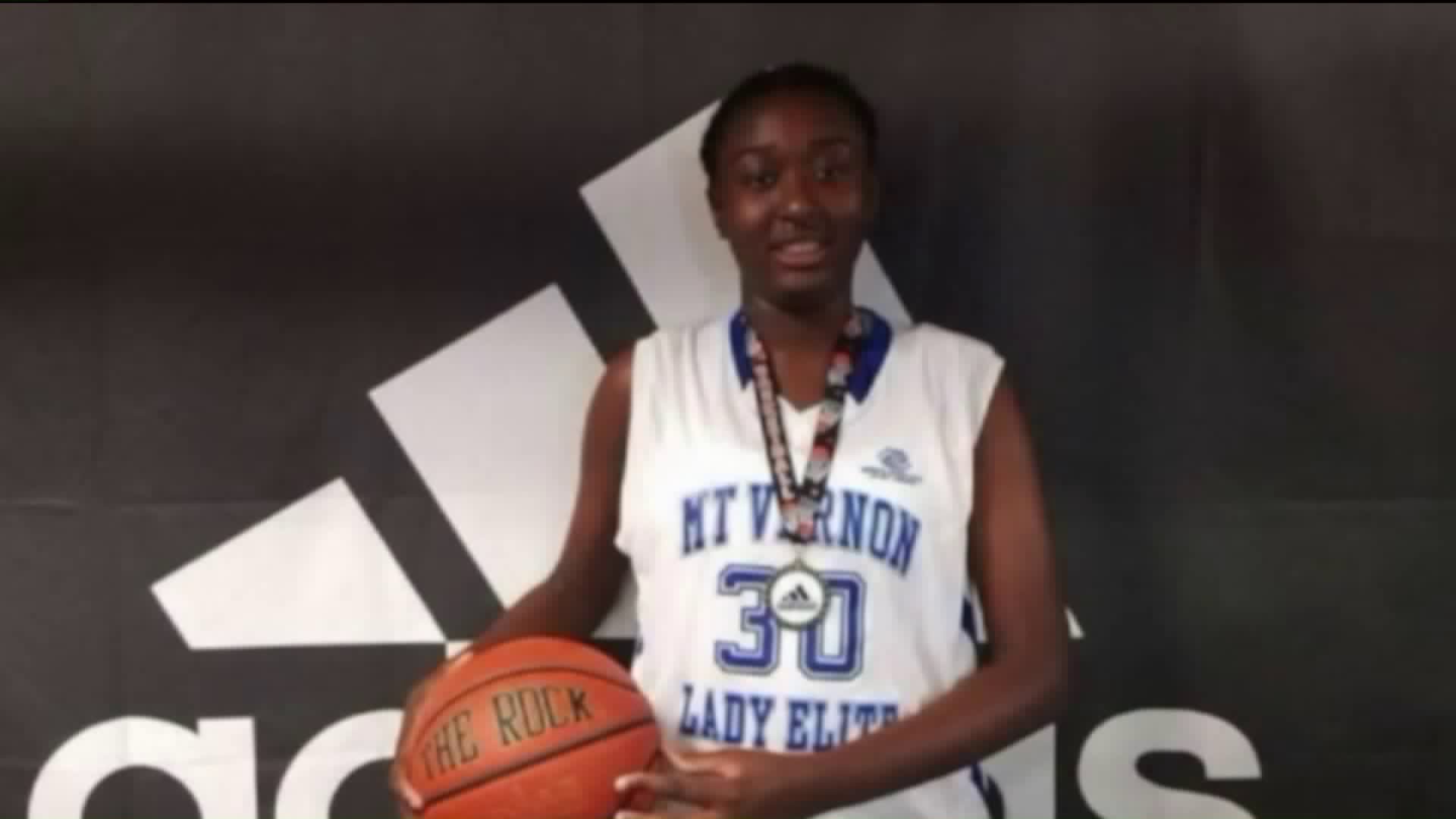 Shamoya McKenzie was made an honorary draftee; the suspect in her killing pleaded not guilty.

MOUNT VERNON, N.Y. — She was a 6-foot-tall eighth grader who had such dreams, big hoop dreams.

Shamoya McKenzie, the star basketball player killed by a stray bullet on New Year's Eve, had been looking forward to going to UConn and eventually playing for the WNBA.

Twelve hours later, McKenzie's mother, intensely private in her grief, wasn't in court. Prosecutors said it would be too painful as David Hardy, 22, was arraigned on a second-degree murder charge in her daugther's death. He pleaded not guilty.

Hardy was allegedly targeting another gang member when a single stray bullet struck and killed McKenzie as she sat in her mother's car. The intended target was shot twice and survived.

Hardy's attorney said there should be no rush to judgment.

"Everyone feels the pain for this family but is this the right person?" Devereaux Cannick, Hardy's lawyer, told PIX11 outside the courthouse. "We have to look a the evidence."

Though she was only in eighth grade, McKenzie was already playing on the junior varsity high school team. There was a day of remembrance at Mount Vernon High School where friends and coaches talked about this player who was a star in every way.