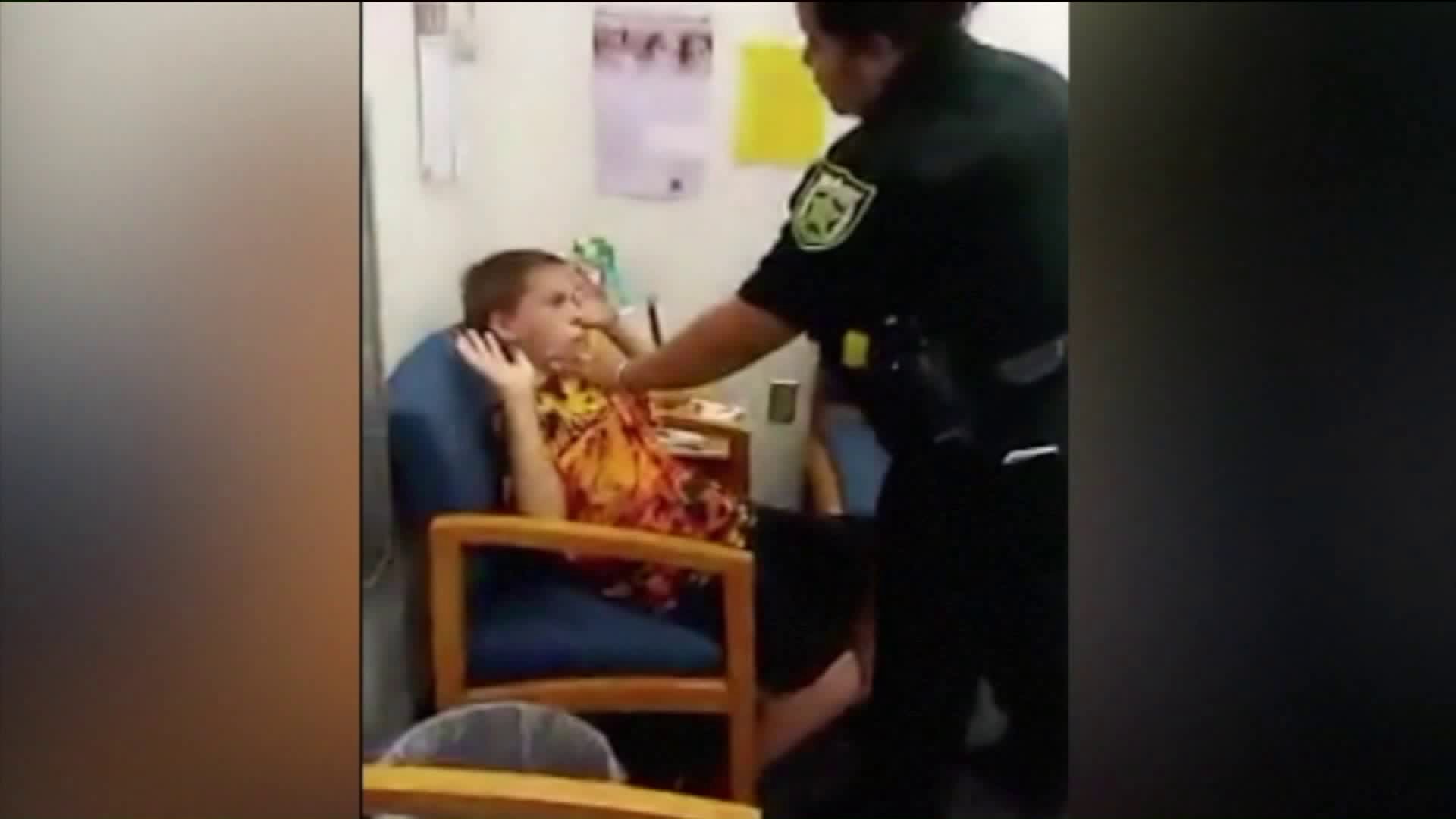 Authorities say they were unaware the child has autism.

OKEECHOBEE COUNTY, Fla. — In cellphone video taken by his mother, 10-year-old John Benji Haygood can be seen in handcuffs being taken away by school resource deputies in Florida.

His mother, Luanne Haygood, is heard trying to explain that her son is on the autism spectrum.

But, she said, that didn't stop deputies from keeping her son behind bars overnight at a juvenile facility in Fort Pierce

The child had a first appearance Thursday morning before he was finally released to his mother.

Cellphone video of the arrest of a 10-year-old boy, who has autism,
at his school in Florida.
(WPTV)

The Okeechobee County Sheriff's Office served the juvenile version of a warrant for an incident that happened back in November.

The 10-year-old is accused of battery on a school employee, which is a third-degree felony.

Deputies said there weren't able to serve the warrant until Wednesday at school, which was John Benji's first day back for testing since he had been out on suspension and then homebound.

Haygood said her son kicked the teacher because he didn't feel safe with that particular employee.

"It was because of his autism that spurred this incident and he was arrested for that," Haygood said.

Haygood admits her son has had several behavioral issues in the past, but said it should have never resulted in an arrest.

She said she believes law enforcement and the school district need to be better prepared to handle students with special needs.

The sheriff's office said no one knew the child is on the autism spectrum. However, when NewsChannel 5 asked why, considering the fact that deputies arrested the boy because of a teacher's complaint, no one would respond.

The school district wouldn't comment except to say that they wouldn't "invite someone to one of our campuses for the sole purpose to arrest."

As for the State Attorney's Office, they say they didn't know the child had special needs either and will take that into consideration when they decide how to proceed.