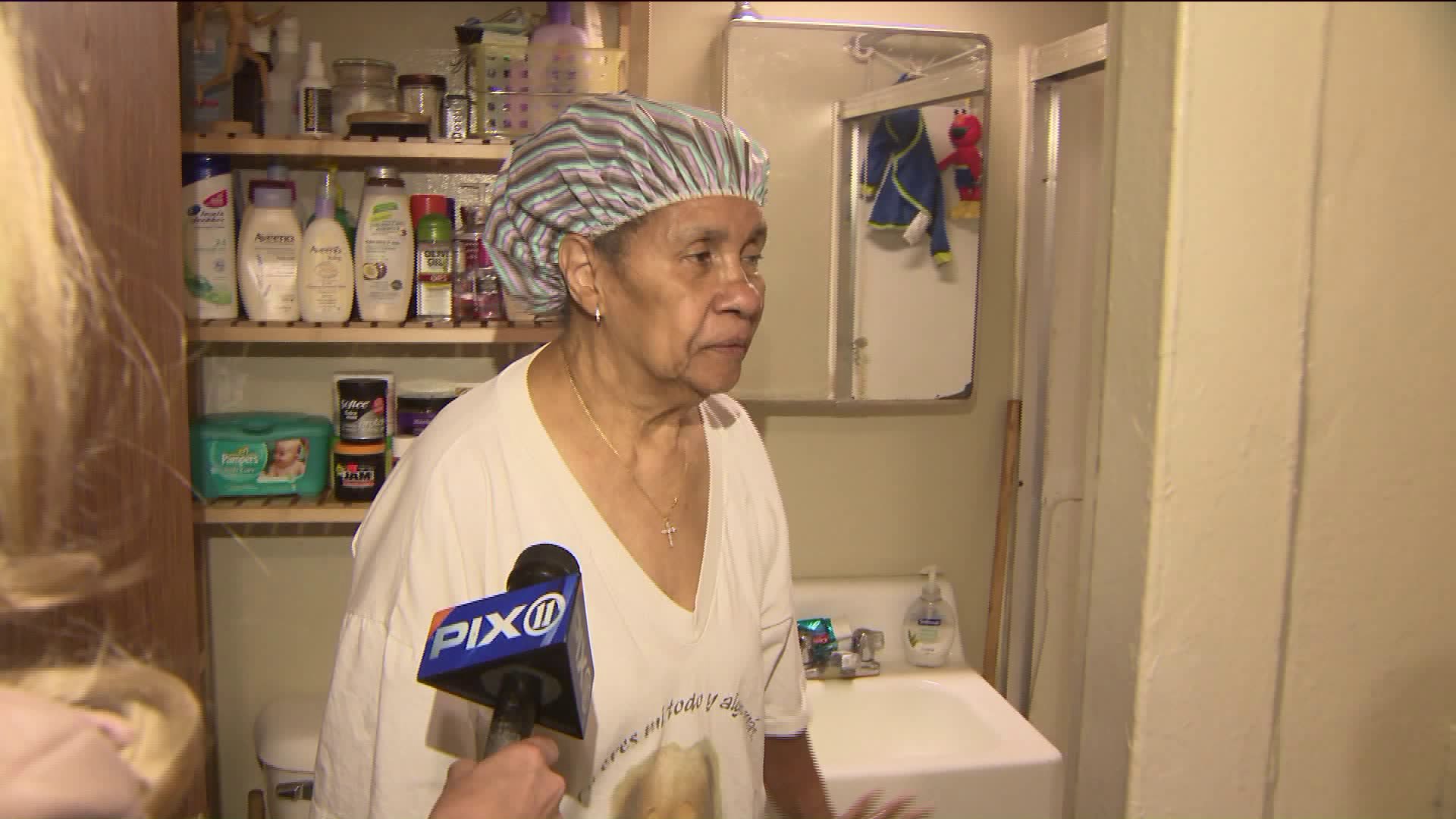 Paralyzed cop gets help; a grandma gets her shower back; and a filthy trash area gets cleaned up on Follow-up Friday.

Paralyzed from the waist down, she says she needs constant care and she's not getting it.

"I am so angry. I am just asking for the care I earned and deserve," said Kerton, fighting back tears.

Kerton's nightmare began in winter 2015, when she responded to an emergency call for an unconscious man who needed help.

During that call, she fell and suffered a life-changing spinal-cord injury that left her needing a wheelchair.

After PIX11 News stepped in, an avalanche of love and support followed.

Vin Disbrow, vice president of Jersey City Police Officer Benevolent Association, is there to help her.

"Officer Kerton will remain a member of the police family, and the JCPOBA, her union, will continue to represent her fully, and do all that we can to insure she is afforded the benefits of a hero she earned through her service protecting the community."

If you want to help Officer Kerton, click here .

Families says the trash compactor at the Carver Houses at 55 E. 99th St. has been out of commission for three weeks.

And the problem is causing disgusting problems.

"The rats have taken over," said one woman who did not want to be identified.

Plastic bags have been left for people to use but no timetable as to when the basement compactor will be fixed.

"Workers don't even want to go down there. It's so disgusting. There are cockroaches and rats down there," said one woman who did not want to be identified.

A spokesperson said: "We can and must do better. Staff cleaned the area and they are stepping up maintenance and extermination."

72-year-old Milagros Otero, who lives in the Tompkins Houses in Williamsburg, says it has been three long months without running water and showers.

Otero has had it.

"Shame on the New York City Housing Authority. My mom deserves better really," said Kenneth Otero, her youngest son. Her son made a homemade garden-hose contraption so she could bathe, as a temporary solution.

Otero says at least four plumbers have been to her home, and she can't get a straight answer.

A Housing Authority spokesperson tells us: "Our residents deserve better than this. Our staff will make the necessary repairs on Thursday. We sincerely apologize to the family who had to endure this, we must do better. As part of NextGeneration NYCHA, our 10-year strategic plan to preserve public housing, we are striving to become a more modern and efficient landlord, so residents can live in the safe, clean and connected homes that they deserve.”