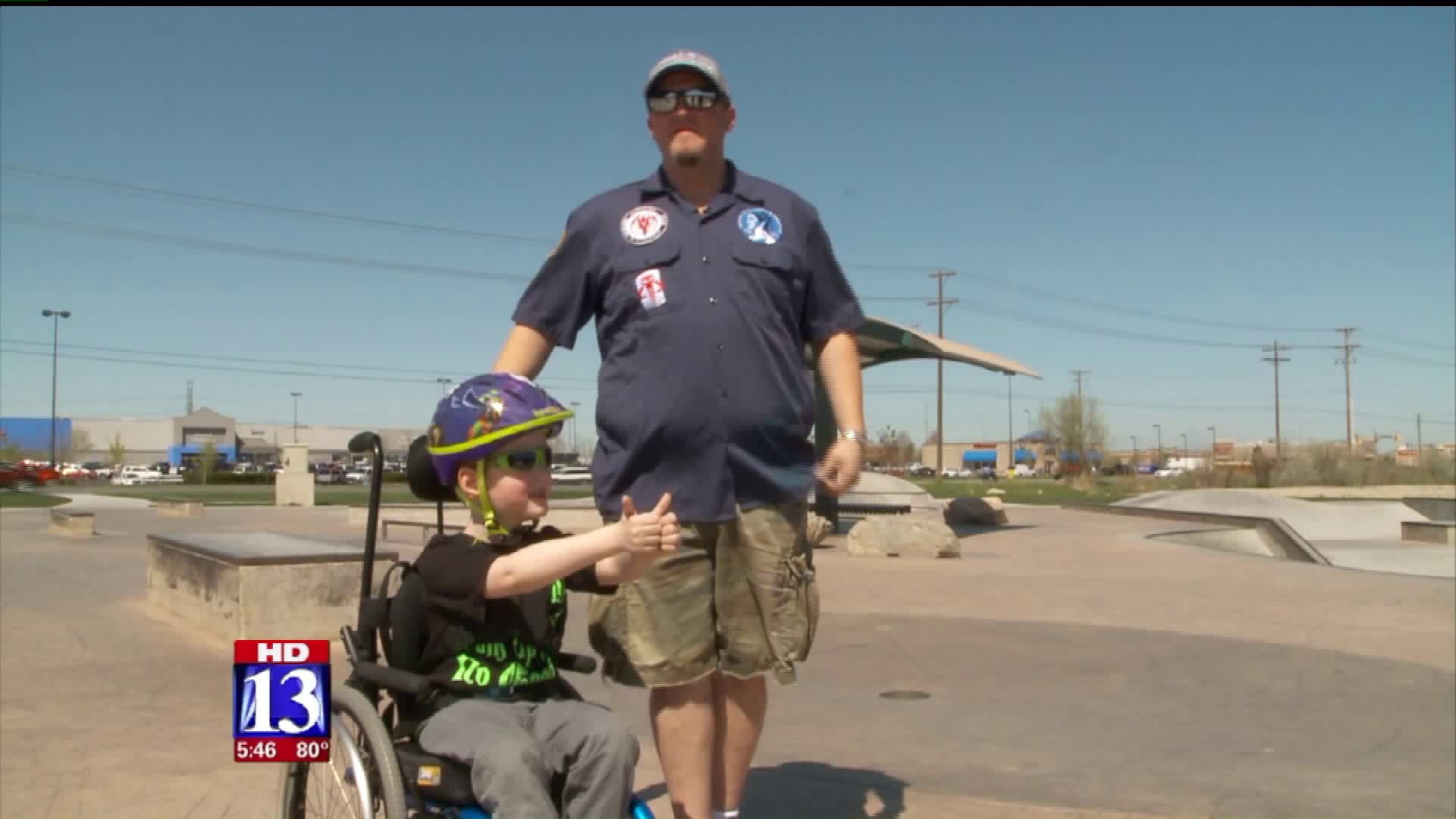 WEST VALLEY CITY — A Utah dad is gaining internet fame after giving his son, who is in a wheelchair, the ride of his life at a skate park.

The touching video of Phil Van Hise pushing his 5-year-old son Callen in a wheelchair at the West Valley City Skate Park was posted on his wife’s Facebook this week, and it’s been a big hit with more than 40,000 views.

Callen is their "miracle baby.” He was born premature and diagnosed with Hypotonic Cerebral Palsy. He has challenges with balance and coordination and attends speech therapy.

“He can communicate well," Van Hise said. "He can read like crazy. He's at the top of his class in Kindergarten.”

The message he’s been sending to mom and dad lately is he likes the skate park.

“His reaction is what's worth it,” Van Hise said. “I don't care if I'm about ready to die or have exhaustion from that. His joy is what matters.”

Callen’s mom Paula said just because his body works differently, that doesn’t mean he can’t participate in the activities he chooses.

“The first time we came, I cried," she said.

She’s grateful others made him feel right at home.

“Everyone here was so awesome about it,” Paula Van Hise said. “It was really busy, and they would stop and let him through and cheer him on.”

Many are cheering on dad, too. Paula said he’ll do anything to put a smile on their only child’s face.

“He couldn't breathe first time he did it, but he did it anyways,” she said.

But that isn't stopping this father.

“I'll do it every day if I have to,” Philip Van Hise said.

The video has made an impact nationwide. A woman from California told Paula she is going to use the video to convince her community to build an all-abilities playground.