U.S. drops largest non-nuclear bomb — mother of all bombs or MOAB — on Afghanistan 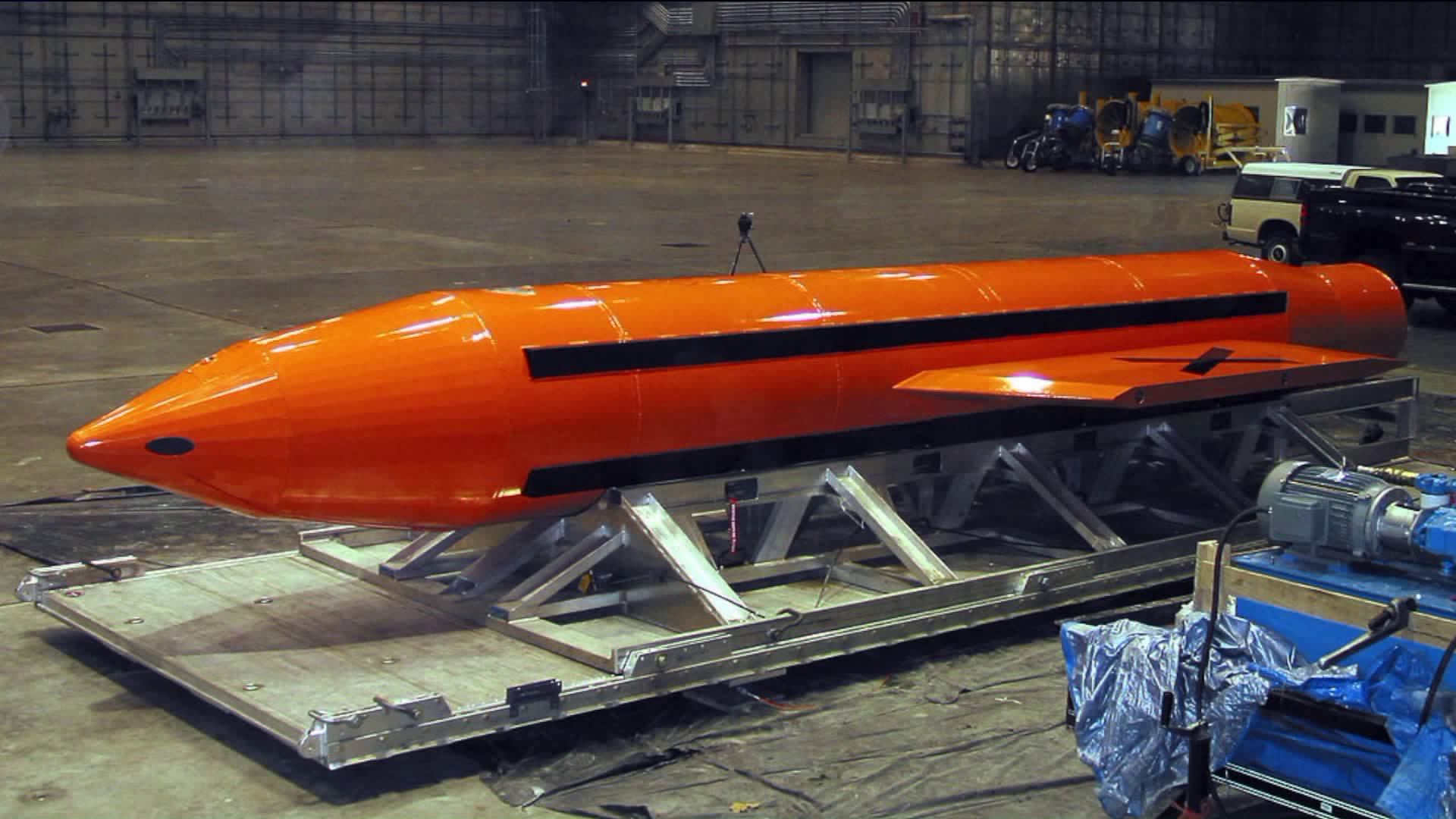 The Mother of All Bombs, in its first use ever, was dropped on ISIS in Afghanistan, military officials say.

WASHINGTON — The U.S. military dropped America's most powerful non-nuclear bomb on ISIS targets in Afghanistan Thursday, the first time this type of weapon has been used in battle, according to US officials.

A GBU-43/B Massive Ordnance Air Blast Bomb (MOAB), nicknamed the "mother of all bombs," was dropped at 7:32 p.m. local time, according to four US military officials with direct knowledge of the mission. A MOAB is a 30-foot-long, 21,600-pound, GPS-guided munition.

Officials said the target was an ISIS cave and tunnel complex and personnel in the Achin district of the Nangarhar province, a remote area in the country's east which borders Pakistan.

"The United States takes the fight against ISIS very seriously and in order to defeat the group we must deny them operational space, which we did," White House press secretary Sean Spicer said later Thursday. The strike "targeted a system of tunnels and cave that ISIS fighters use to move around freely."

Afghanistan's ambassador to the US, Hamdullah Mohib, told CNN's Brooke Baldwin that the bomb was dropped after fighting had intensified over the last week between US Special Forces and Afghan troops against ISIS.

The US and Afghan forces were unable to advance because ISIS had mined the area with explosives, so the bomb was dropped to clear the tunnels, Mohib said.

Trump declined to say whether he personally signed off on the strike, but did comment, "Everybody knows exactly what happens. So, what I do is I authorize our military."

He continued, "We have given them total authorization and that's what they're doing."

Asked about Trump's "total authorization" comments, a senior administration official declined to specify whether the President indeed ordered the strike in Afghanistan.

But the official said that in general, "We don't approve every strike," adding that, "This administration has moved further away" from dictating military strategy from the White House.

It's a change both Trump and Defense Secretary James Mattis wanted, the official said.

The President has granted military commanders broader latitude to act independently on several battlefields where US forces are involved, which Trump touted as making a "tremendous difference" in the fight against ISIS.

During the campaign, Trump vowed to eradicate ISIS, saying he would "bomb the s**t" out of the terror group, also known as ISIL.

Republican hawks were quick to voice their support for the strike Thursday.

"We are escalating in an area I think we should be deescalating in," she told CNN's Wolf Blitzer. "Coupled with what happened in Yemen, what happened in Syria, these are efforts that are made to suggest that we will be engaging in wars in three different countries simultaneously."

Gen. John Nicholson, commander of US forces in Afghanistan, signed off on the use of the bomb, according to the sources. The authority to deploy the weapon was granted to Nicholson by the commander of US Central Command, Gen. Joseph Votel, Stump said.

This is the first time a MOAB has been used in the battlefield, according to the US officials. This munition was developed during the Iraq war and is an air blast-type warhead that explodes before hitting the ground in order to project a a massive blast to all sides.

During the final stages of testing in 2003, military officials told CNN that the MOAB was mainly conceived as a weapon employed for "psychological operations." Military officials said they hoped the MOAB would create such a huge blast that it would rattle Iraqi troops and pressure them into surrendering or not even fighting.

As originally conceived, the MOAB was to be used against large formations of troops and equipment or hardened above-ground bunkers. The target set has also been expanded to include targets buried under softer surfaces, like caves or tunnels.

But while the MOAB bomb detonates with the power of 18,000 pounds of tritonal explosives, the size of its explosion pales in comparison to that of a nuclear bomb.

"The #MOAB explosive yield is 0.011 kilotons, typical nuclear yield is 10-180 kilotons - the US alone possesses over 7000 nuclear weapons," he tweeted.

"As ISIS-K's losses have mounted, they are using IEDs, bunkers and tunnels to thicken their defense," Nicholson said in a statement following the strike.

"This is the right munition to reduce these obstacles and maintain the momentum of our offensive against ISIS-K," Nicholson added.

"US forces took every precaution to avoid civilian casualties with this strike. US Forces will continue offensive operations until ISIS-K is destroyed in Afghanistan," read the statement from US Forces Afghanistan.

The extent of the damage and whether anyone was killed is not yet clear. The military is currently conducting an assessment.

The Pentagon is currently reviewing whether to deploy additional trainers to Afghanistan to help bolster US allies there.

The Achin district is the primary center of ISIS activity in Afghanistan. A US Army Special Forces soldier was killed fighting the terror group there Saturday.

There are about 8,400 US troops in Afghanistan and they regularly perform counterterrorism operations against ISIS in the Nangarhar Province.

The US counterterrorism mission is separate from the NATO-led effort to train, advise and assist the Afghan army and police force.

While ISIS is identified primarily with its presence in Iraq and Syria, US and coalition officials have long expressed concern about a growing presence in Afghanistan.

ISIS first emerged in the summer of 2015 in the country's east, fast gaining ground and support, often among disaffected Taliban or Afghan youth.

US military officials have said the ISIS branch is largely comprised of former members of regional terror groups, including the Pakistani Taliban and Islamic Movement of Uzbekistan.

A US official told CNN that the military estimates are that the Afghan affiliate of ISIS has about 600 to 800 fighters, primarily based in two to three districts in southern Nangarhar. There are also a small number of ISIS operatives in Kunar province as well, the official added.

The Afghan offshoot's link to the organization's Syria-based leadership has been questioned. Many say in fact the Afghan ISIS fighters came from Pakistan and adopted the group's branding in order to get financing.