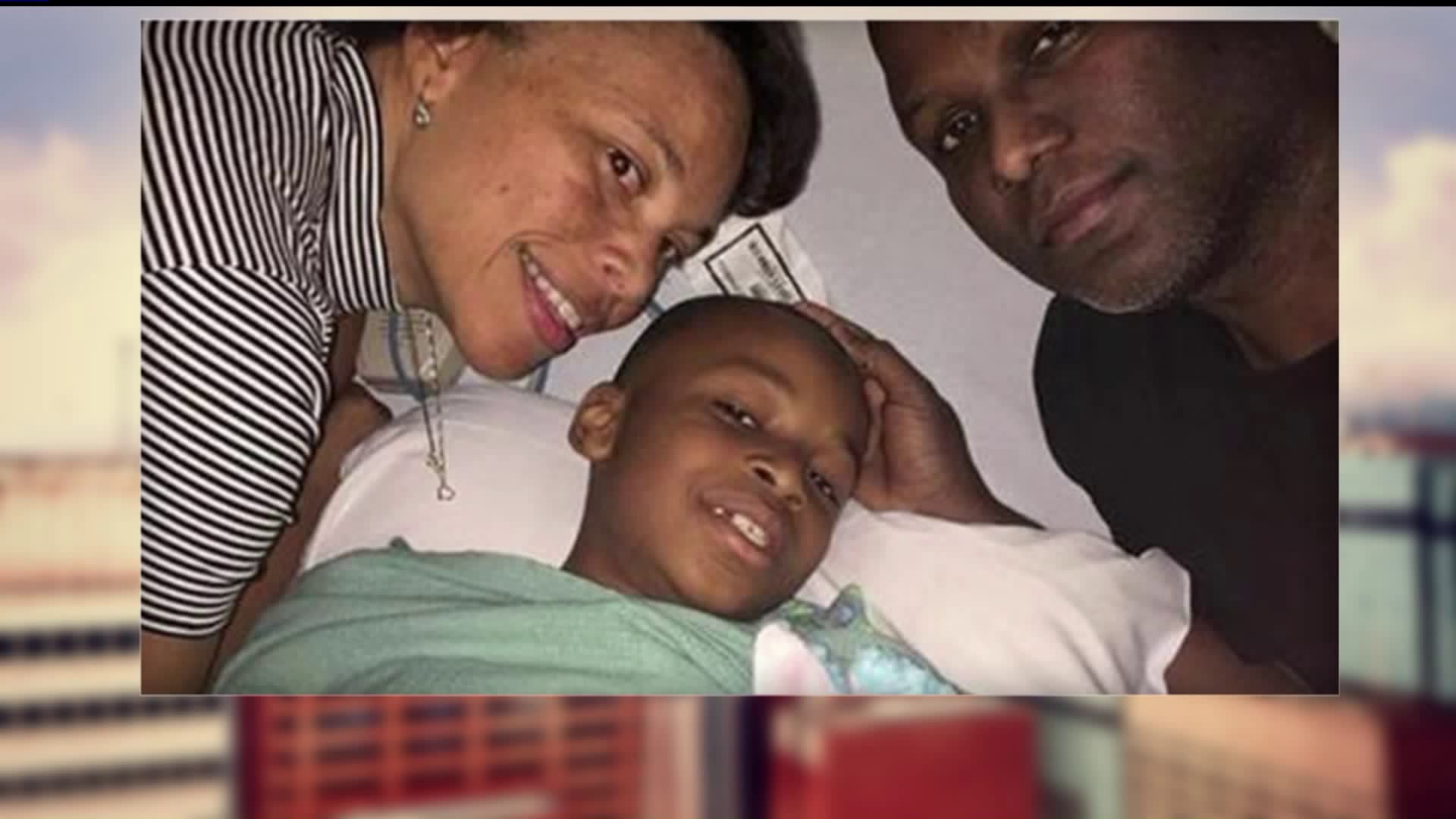 The surviving 9-year-old student who was wounded in a shooting at a San Bernardino elementary school that killed a teacher and an 8-year-old boy is recovering well, his family announced Wednesday.

SAN BERNARDINO, Calif. –– The surviving 9-year-old student who was wounded in a shooting at a San Bernardino elementary school that killed a teacher and an 8-year-old boy is recovering well, his family announced Wednesday.

The San Bernardino City Unified School District identified the 9-year-old student Wednesday as Nolan Brandy. A statement from the school district says the boy's parents are happy to say he is "recovering well."

Nolan Brandy, 9, who was shot on April 10, 2017 inside his classroom at North Park Elementary School in San Bernardino is recovering well. (Photo courtesy of family via CNN Wire)

Officials had said Tuesday the boy was stable and was in good spirits, watching cartoons in his hospital bed.

The family thanked the community for an outpouring of support after the shooting.

"We are grateful," the family said. "Please continue to pray for him and also for Jonathan Martinez's and Karen Smith's families."

Brandy was injured when 53-year-old Cedric Anderson walked into his estranged wife's classroom and opened fire.

His wife, Karen Elaine Smith, and an 8-year-old student, Jonathan Martinez, were killed.

Anderson then turned the gun on himself.

Authorities say the couple had only been married a few months, but had known each other for years. But those close to Smith told police she said Anderson's behavior had become odd and he had threatened her, Burguan said.

Smith moved out of their home in March and went to live with other family, he said. Yet those at school knew nothing of this discord.

Police searched Anderson's residence and did not find a suicide note. They did, however, find a note believed to be written by Anderson that spoke of feeling disrespected and needing to find closure. The note would not have been alarming if not for this violent event, officials said.