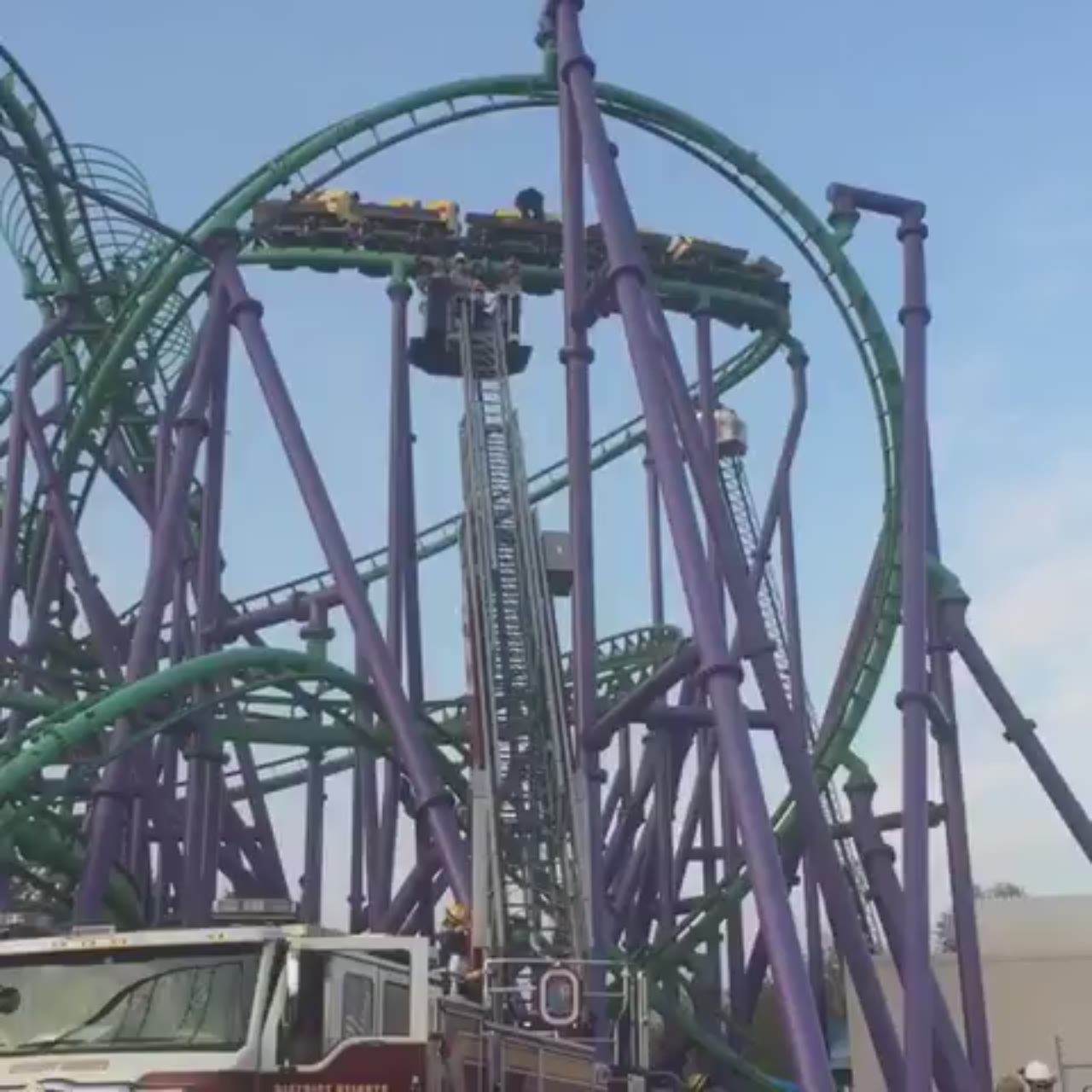 The ride came to a halt at about 6 p.m. in Upper Marlboro.

Six cars with four passengers each are trapped high atop the ride, about 100 feet in the air, according to reports.

A video uploaded to social media showed firefighters lowering passengers to the ground.

Six Flags America took to Twitter around 7:45 p.m. saying the ride stalled in a safe position and all riders were safe.

By 9 p.m., the passengers had been safely removed.

It was not immediately clear what caused the rollercoaster to stop.