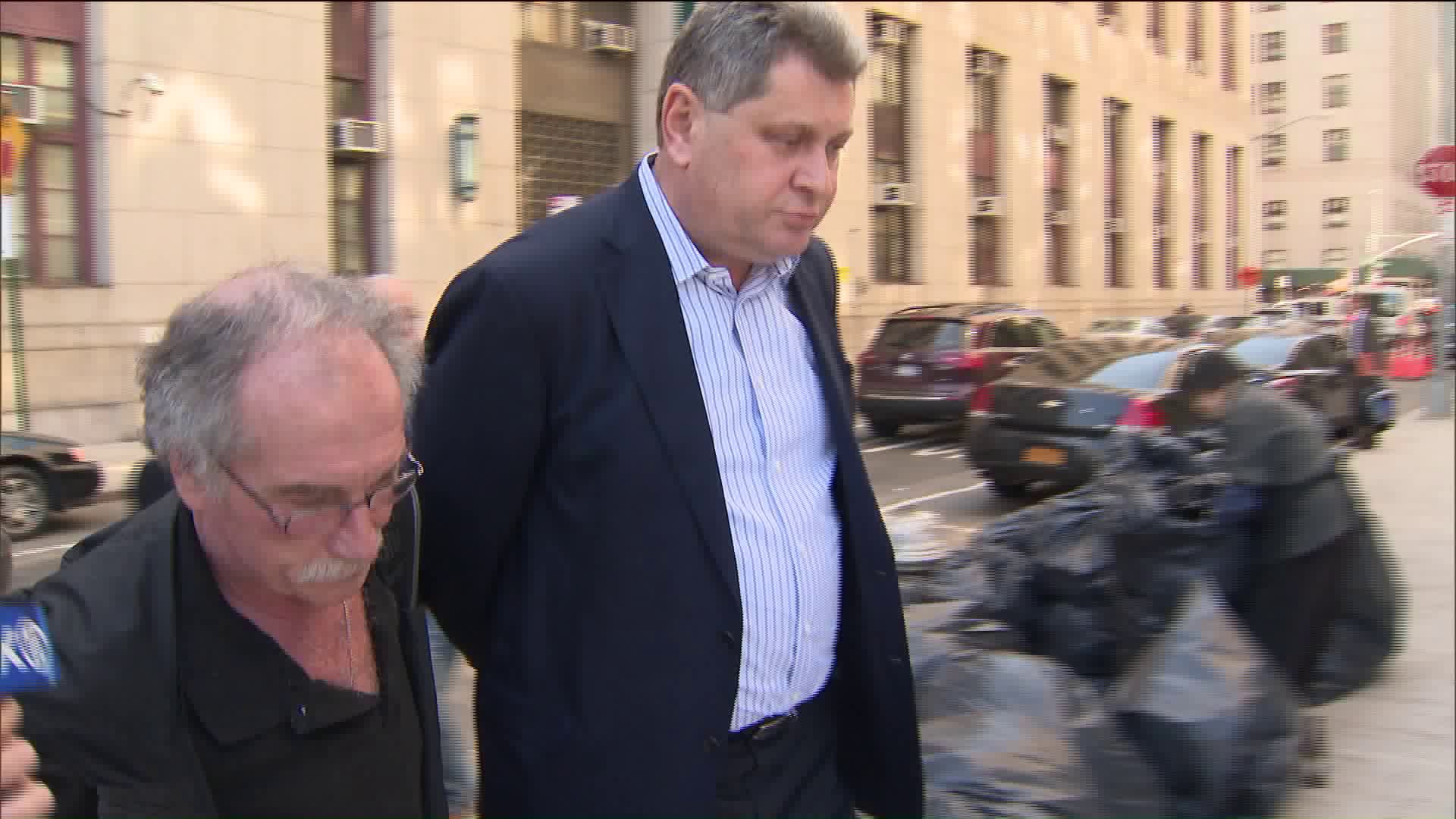 Brook-Krasny was wearing a blue blazer and handcuffs, after turning himself in to the Office of Special Narcotics Prosecutor in lower Manhattan.

He’s accused in a massive Medicaid/painkiller scam that was announced last week.

Brook-Krasny was the first Russian-born member of the New York State Assembly.

He was elected in 2005, representing the 46th District, which includes the communities of Bay Ridge, Dyker Heights and Coney Island.

Brook-Krasny abruptly resigned in July 2015, announcing he was getting a job in the private sector.

A criminal indictment against Brook-Krasny said he was part of a conspiracy involving Russian-born Dr. Lazar Feygin and 11 other physicians, nurse practitioners, office managers, and physicians’ assistants.

Brook-Krasny is accused of performing unnecessary lab tests for two clinics connected to Feygin in Brooklyn.

He’s also accused of altering urine test results, to make it easier for clinic patients to get prescriptions to highly-addictive opioid painkillers.

Prosecutors believe millions of the pills ended up on the streets, in the hands of drug dealers or opioid addicts.

Feygin and another doctor, Paul McClung, were accused of putting more than six million painkillers on the black market.

The two doctors were in the Top Ten list of physicians receiving Medicaid reimbursements in New York State.

They collected $24 million between them in less than five years.

Brook-Krasny was stone-faced when PIX11 peppered him with questions about his role in the alleged fraud.

He didn’t reply when we asked him what he would say to his constituents, whose tax money was being used to pay for unneeded medical tests.

Another defendant did answer some of our questions, when he was brought to court for his role in the alleged scam on Thursday.

Vyacheslav “Steve” Maksakov was extradited from his home in Princeton, New Jersey.

When we asked Maksakov if he’d ripped off taxpayers, he responded, “I pay my taxes.”