As New York rents keep rising, a push for a new approach to make ownership affordable 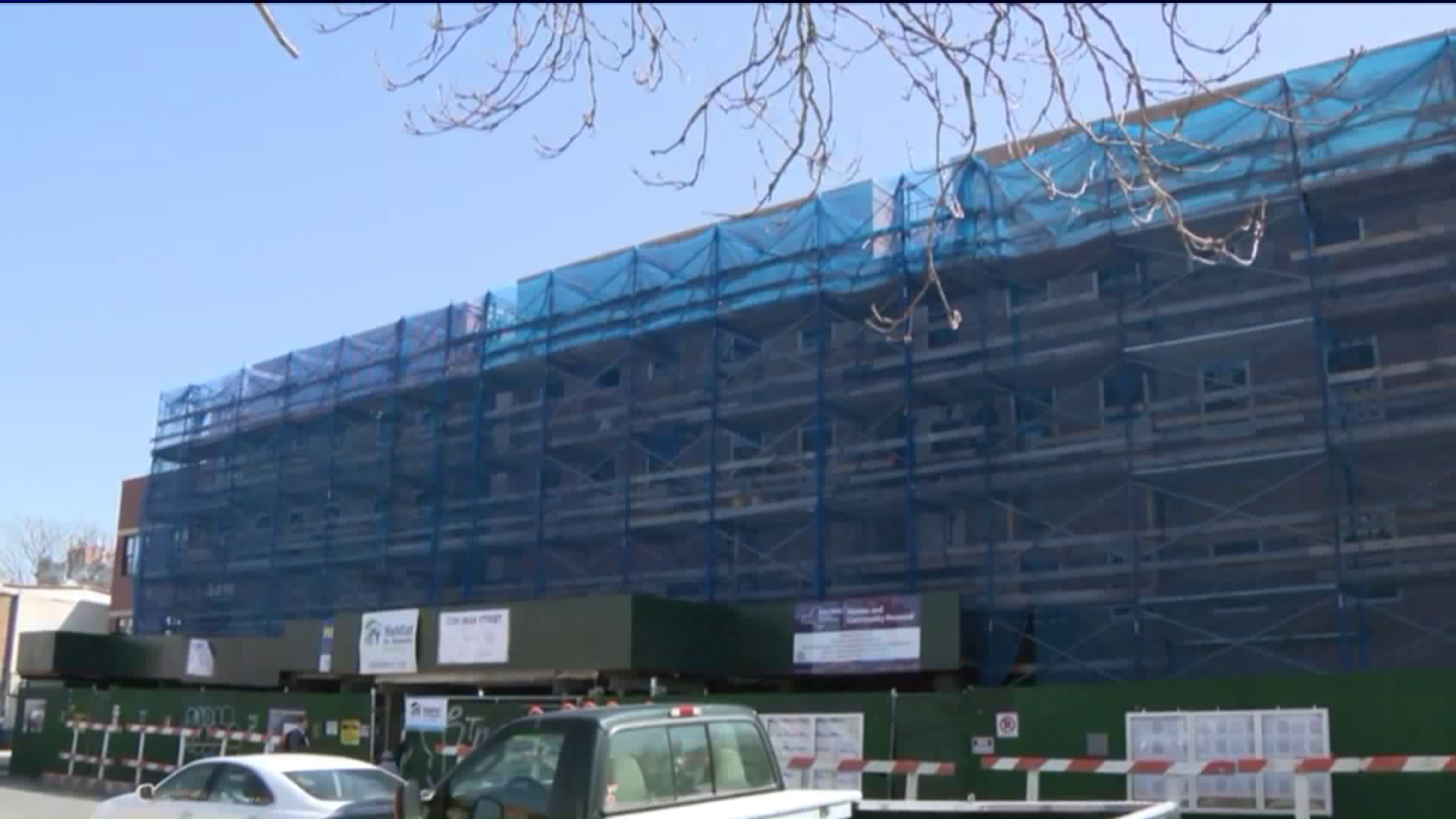 Advocates are calling for a measure that would create affordable housing zones across the city.

NEW YORK — A simple look at the brand new residential towers in Long Island City and Downtown Brooklyn, which are being erected at a rate of about a half dozen buildings per year, shows that the demand for housing in New York City is at an all-time high.

An affordable supply of it, however, is at an historic low.  That's why Thursday saw a major push to get city lawmakers to back legislation that would designate different tracts of land across the five boroughs to be developed as affordable housing that would remain that way in perpetuity.

The legislation is designed specifically to help New Yorkers like Melvin Rivera.  "I was homeless at one time," said the Bushwick, Brooklyn native, "but now I can talk about being a homeowner."

Like thousands of other New Yorkers, Rivera has a steady job and pays taxes, but cannot afford rent.

"Prior to the boom" in demand for market-rate housing in Bushwick, Rivera said, "you could get a two bedroom for maybe twelve [hundred dollars a month], but now a one bedroom is like $1500 to rent."

On Thursday, he was at a rally supporting a measure designed to help people like himself.

The community land trusts are tracts of city land that gets designated strictly for development of low cost housing, much like a building where Melvin Rivera is now on track to become a homeowner in the fall of this year.

His new home is in a building being constructed from the ground up on what had been a vacant lot in Brownsville, Brooklyn.  It's been bought by Habitat for Humanity New York New York City, or Habitat NYC, which will in turn sell Rivera an apartment in the building.  His agreement with Habitat NYC requires him to help build the home, and in return it will extend a very favorable mortgage to him.

His building is designated to remain low cost in perpetuity, or, if you will, forever.

Community land trusts work almost exactly the same way, which is why Habitat NYC is not only endorsing the expansion of the program, it dispatched a platoon of its homeowners, advocates and staff on Thursday to lobby individual city councilmembers to increase the numbers of community land trusts citywide.

A few trusts already exist on the Lower East Side of Manhattan, in the Bronx and in the Rockaways in Queens, but affordable housing advocates want to see the numbers grow exponentially this year.

Specifically, he cited President Donald Trump's proposed budget, which would slash the budget of the Department of Housing and Urban Development by 13 percent.

" I can only imagine these cuts will be drastic," said Richards, as he anticipates how closely Congress may come to matching the president's budget proposal. Meanwhile, the Councilmember said, "the city and state still have a responsibility."