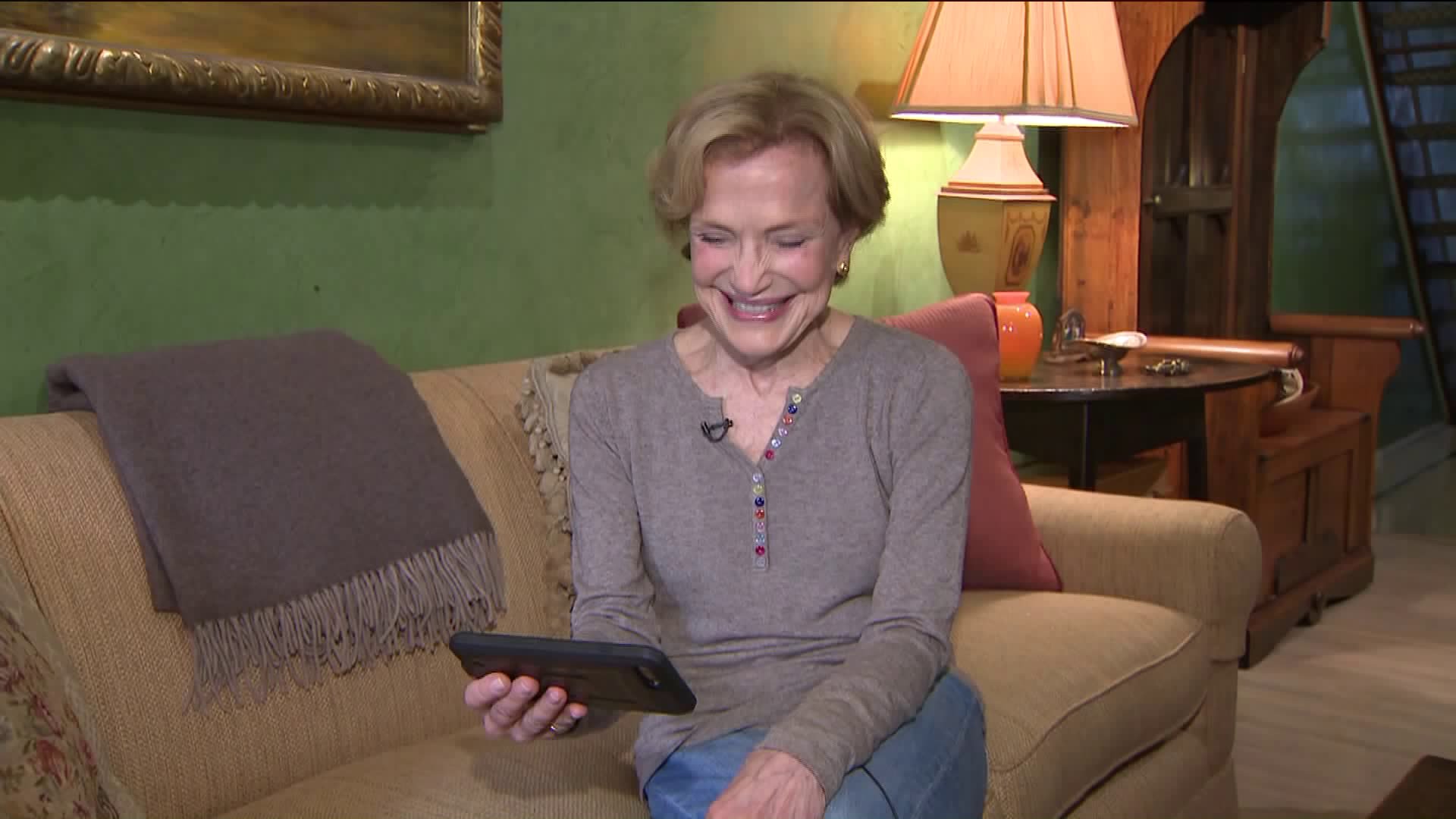 Lee Bryant is still a working actress and is fondly remembered for the role she helped shape.

UPPER WEST SIDE — It's arguably the funniest and most famous scene from the outrageously funny 1980 film "Airplane."

And the actress at the center of the iconic slap scene says she never could have imagined that it would find new life in a meme, where it is overlaid with the text, United Airlines Training Video.

"It's an honor to be the meme for it," Lee Bryant told PIX11. "After all the years, it's still funny and obviously still relevant."

Bryant, 71, is still a working actress who gets stopped on the street in her Upper West Side neighborhood and recognized for her famous "Airplane" slap scene.

The married mother of three, grandmother of one, says she actually came up with the famous slap idea. The film's three directors, she says, actually wanted the frightened passenger she was playing to be only shaken.

"The classic thing to do to a hysterical person is a slap," Bryant told PIX11.

Bryant still laughs when she looks at the passengers lining up, including a nun, one with boxing gloves, others with a baseball bat and a gun to calm her down.

"I love the little lady with the pistol," she added.

But the actress isn't laughing when she looks at that now infamous cellphone video of Dr. David Dao being violently removed from his United Airlines seat.

"It was horrifying, really horrifying," Bryant said, "One does not think well of United Airlines for allowing this to happen."

Bryant actually has some trepidation about flying on United Airlines, but she's doing just that next month to visit her daughter in Los Angeles.

"It's going to be bizarre," the actress added, with a chuckle.