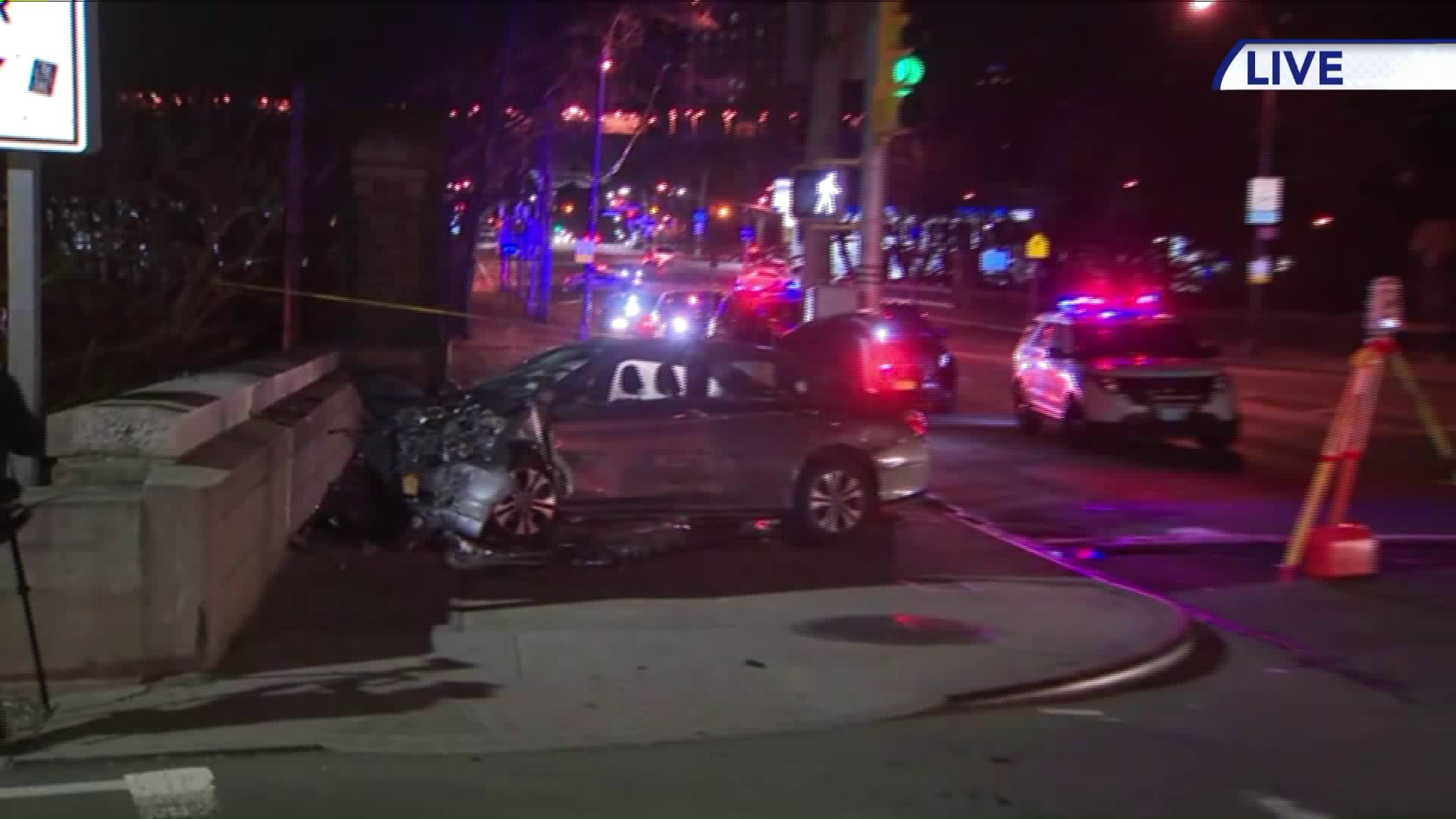 Two people were rushed to a hospital after a car with both of them inside struck an entrance ramp into the Bronx River Parkway, police said.

WILLIAMSBRIDGE, The Bronx – A man is dead, another one is fighting for his life after a livery cab driver jumped a curb and hit a wall before an entrance ramp into the Bronx River Parkway, police said.

A man, 22, driving a Honda Accord with a 25-year-old passenger inside slammed into a wall on the East Gun Hill Road northbound entrance ramp before the Bronx River Parkway at about 4 a.m., police said.

Both were taken to a hospital, where the older victim perished. The driver is in critical condition.

A preliminary investigation found that speeding could've been a factor in the fatal crash. It is unclear if the victims knew each other.

Police have not yet released the identity of the victim pending family notification.