Woman fights to get car back from Bronx auto shop 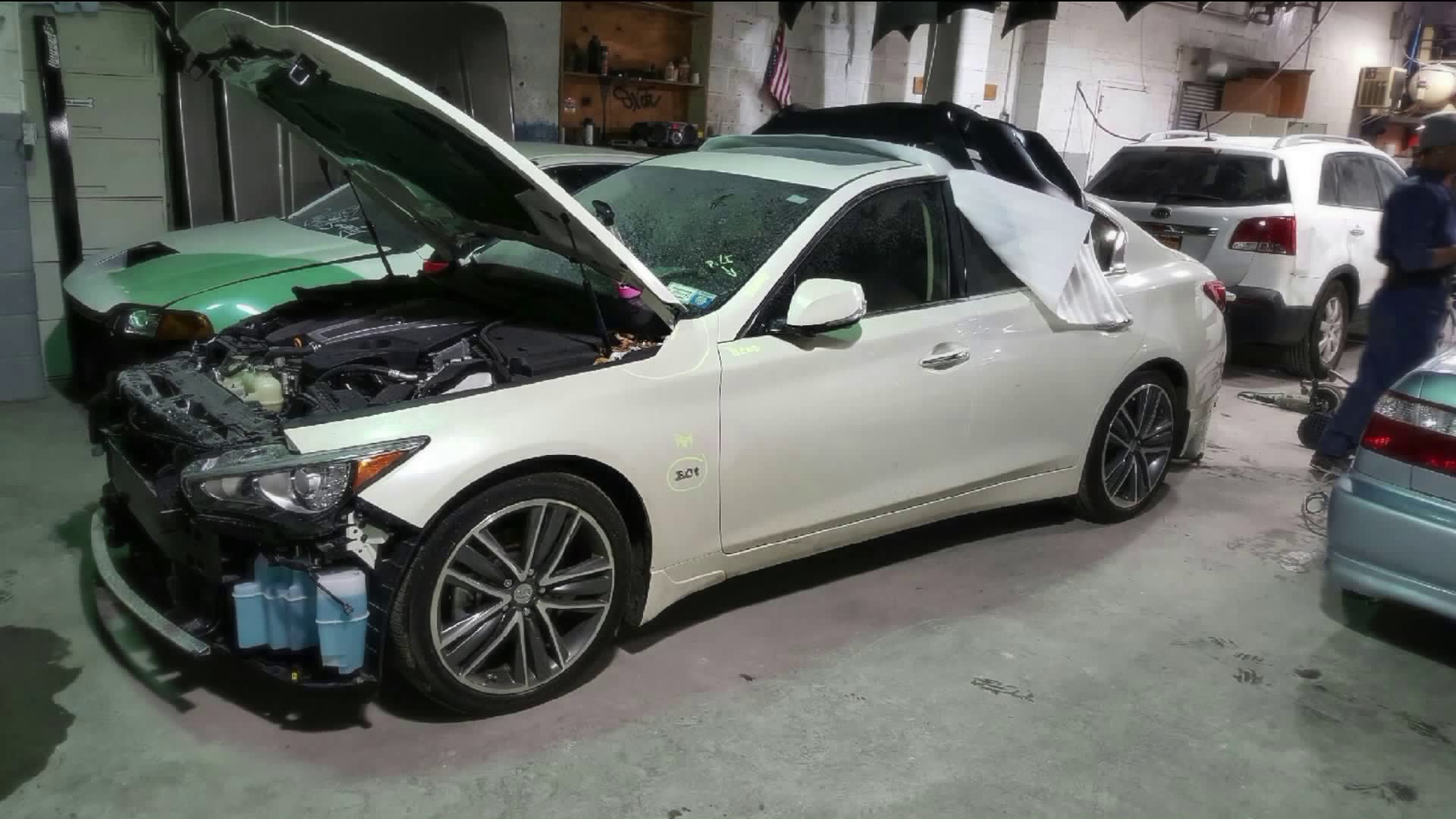 THE BRONX — Stephanie Guttierrez, a nurse in the Bronx, is worried she’ll never see her car again.

She made the mistake of taking the recommendation of a tow truck driver, after she had an accident in the 2016 Infinity G50 she’d just recently purchased.

She brought her car to a body shop on Blondell Avenue in the Bronx. There’s no name on the outside, though records show it’s called both Inner City Automotive Recovery and Premium Auto works.

It’s owned by Hancey Abreu, who Stephanie met with when she brought her car in on January 9, 2017.

She says “Hansey reassured me that the car would be fine and I’ll get it back shortly."

The written estimate says the repairs would be complete in 15 days. Her insurance company paid Inner City Automotive close to $15,500 dollar in advance to do the work.

It’s now three months later and Stephanie still has no idea when she’ll get her car back.

“They don’t know how much longer. Maybe another week,” she says they tell her. “And a week later I come back and it’s we don’t know. You have to speak with the owner and the owner has not returned my calls.”

When PIX11 went to the body shop with Stephanie recently, we spoke with Larry, the manager. “You’ve had her car for a long time.

Are you working on it? I asked him. “Yeah, we’re working on it”, he replied. But he refused to let us into the garage to see the car.

However, he allowed Stephanie to come inside. We were recording the audio when Larry told her he’s just following his boss’s orders.

“He’s the one that tells us what to do. So if he tells me not to do anything…” At that point Stephanie interrupted “Is that what he’s saying? He’s saying not to work on the car at all? It’s evident because the car is not being worked on."  Stephanie told him Hansey is not going to get away with it. “This car’s worth over $50,000 dollars. You think I’m going to let Hansey keep 15 thousand dollars and then keep this car? I’m not an (expletive deleted). I’m not a (expletive deleted) idiot."

It’s bad enough her car has been stuck at the body shop for months, but recently she says she got a troubling call from one of the employees.

“An employee stated I should just report the car stolen and get a new one because the car will never run the same again.”

Larry said that is not true. Owner Hansey Abreu didn’t return our calls. Stephanie, who has had to rent a car, while still making month payments on the Infinity, has filed a complaint with the New York State Department of Motor Vehicles, which says it is actively investigating her case. Stephanie says she is also going to file a civil lawsuit to try to reclaim the value of the car. What a Shame!

If you’ve got a story idea for me, email me at whatashame@pix11.com