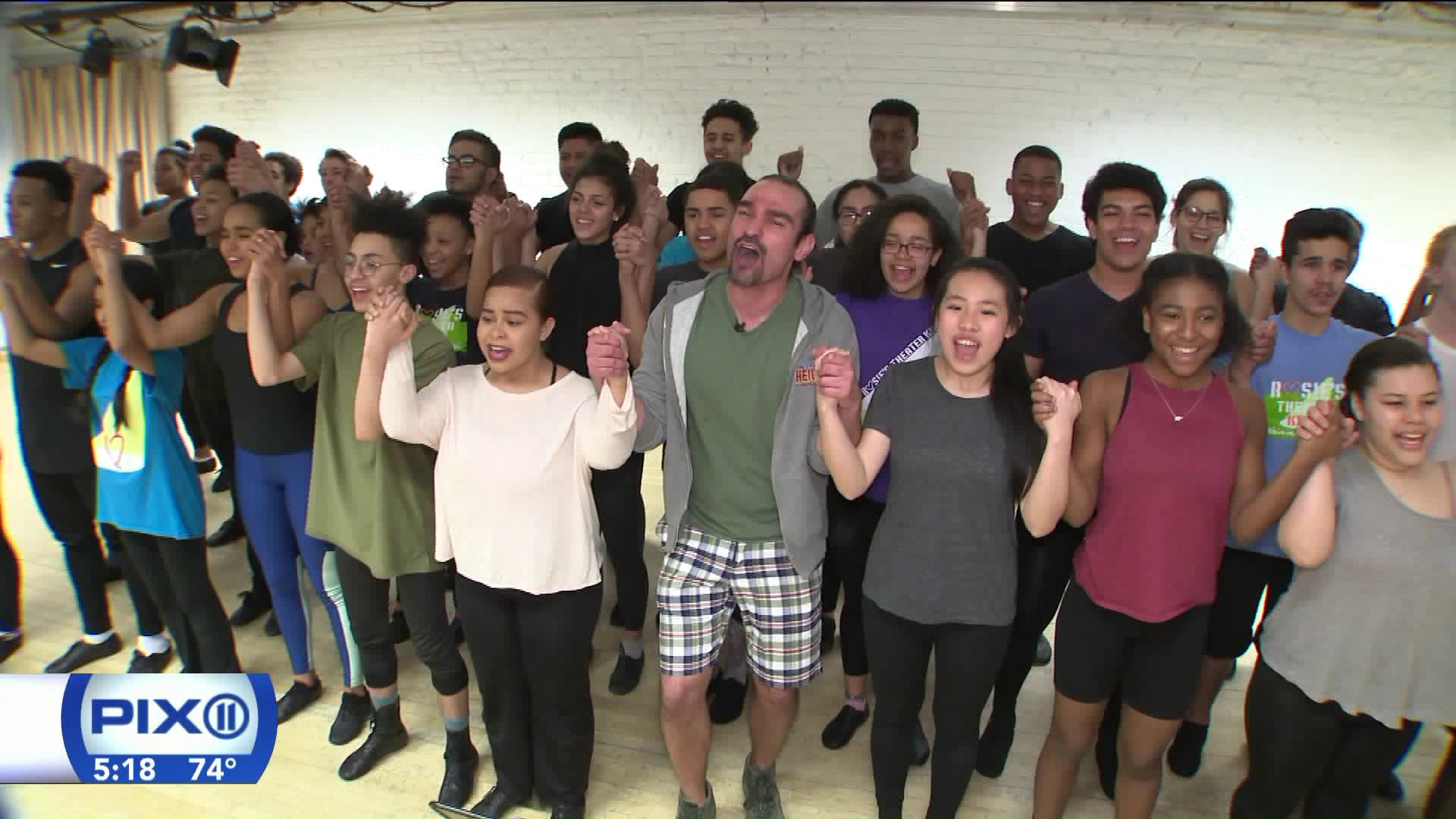 HELL'S KITCHEN, New York- Hamilton star, Javier Munoz  stepped out of his mega-role on stage, and into the rehearsal room with a group of talented young artists from Rosie’s Theater Kids . The nonprofit, co-founded by Rosie O’Donnell, provides free, year-round programs for children in under-served communities. It’s a place they can be part of a family and be inspired; kids like Analia. "Rosie’s for me was kind of a safe haven, like a life saver," Analia said.

Munoz and the young performers are practicing for their big fundraising gala. He also spent time answering all sorts of questions, that got some surprising responses. "Actually I wanted to be an astrophysicist," he said. "It’s like the last frontier right the curiosity of the unknown." Putting the younger generation first and being a mentor is vital to this actor. "It’s knowing that you are passing something on that they can take further," he explained.

And, he’s inspiring these teens, hoping to follow in his footsteps. "You know seeing someone from the neighborhood rise up to be where he is it's just like wow, cool!" Analia smiled. "It makes me feel like I can become something one day."

"Its inspiring to see how someone from New York who didn’t really have much training go and be someone who is now the lead in Hamilton," Zack, another participant in Rosie's Theater Kids, said. Another priority for Munoz is staying true to his craft and keeping the buzz quiet. "As Hamilton grew and it’s popularity grew I really wanted to stay genuine and not get carried away with it," Munoz said. "I will read fan letters and I will either keep them in my dressing room or bring them home everything else gets tucked away. I'm going to be sifting through boxes for six months when I'm done with the show."

For now, it’s time to get back to rehearsal, and what really matters. "Young people in this world matter, they matter," he exclaimed.

For more information on the gala and how to purchase tickets, visit  www.rosiestheaterkids.org