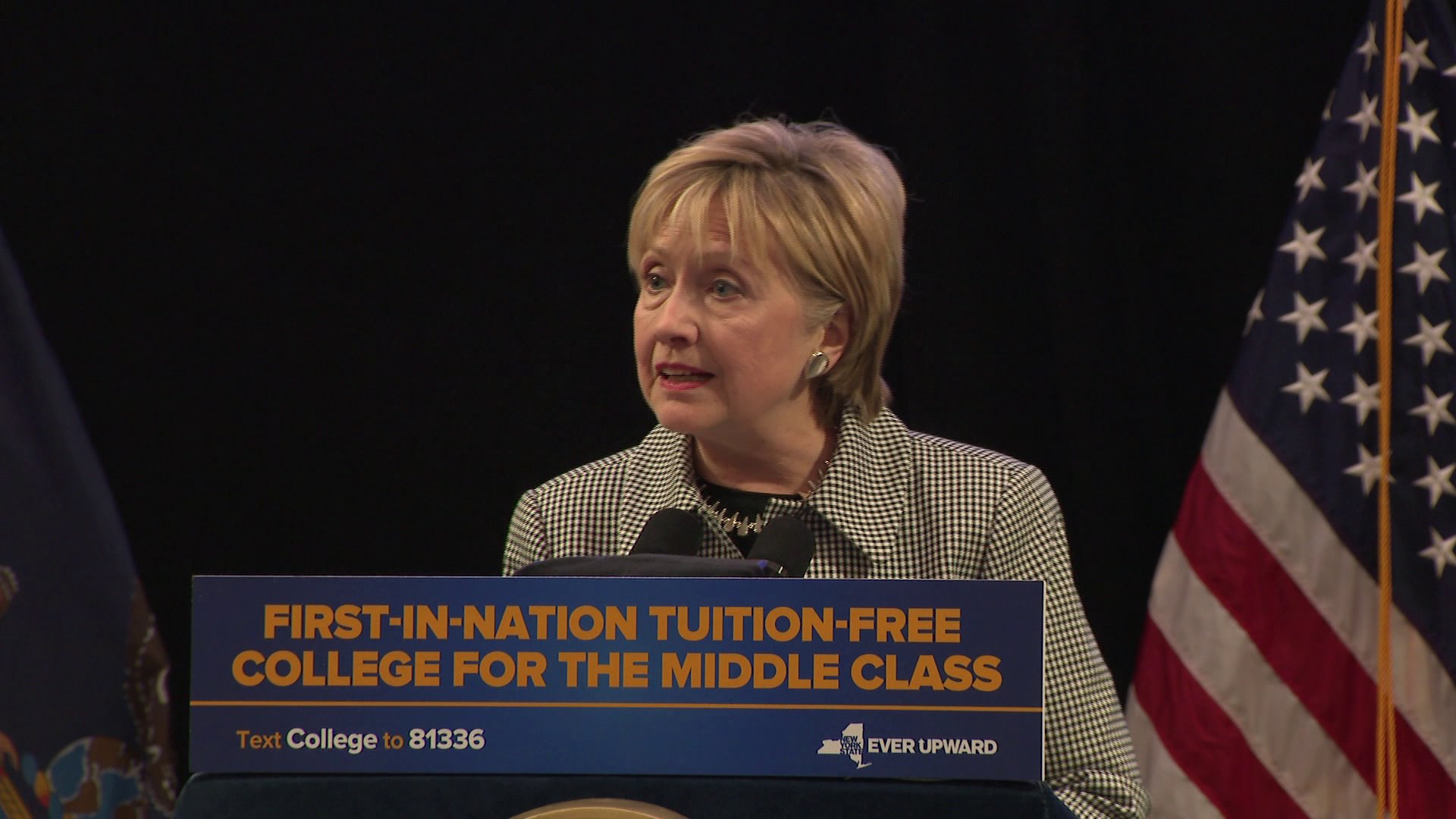 Clinton hailed the plan as a progressive victory and applauded the initiative from Democrat Cuomo, who is mentioned as a possible contender for the White House in 2020.

Hillary Clinton joined New York Governor Andrew Cuomo at a bill-signing photo opportunity, but neither made themselves available to discuss the fine print of the new law.

While it's widely seen as helpful to many students and their families, the new measure, called the Excelsior Scholarship, may not be quite as remarkable as its signers make it out to be.

It provides free tuition to families earning $100,000 or less this year, and that threshold ramps up to $125,000 or less in 2019. Students have to be in firm enough academic standing to graduate and be full-time students.

That's not all, however.

"It doesn't go to living expenses, text books and other fees," said David Bloomfield, a professor of education at the City University of New York Graduate Center.

That difference, however, had some full-time CUNY students who hold jobs saying that it could free them from having to rely so much on gainful employment.

"My family makes less than $35,000 a year," said CUNY student Carlos Beltran, "and I believe NY is doing a great job at this."

Ambar Castillo, a second-year student at LaGuardia Community College, added her praise of the new program. "Right now I work three part-time jobs on campus," she told PIX11 News. With the Excelsior Scholarship, she said, "I'd maybe cut it down to two jobs or one."

According to CUNY's own figures, about 66 percent of its students attend full-time. Other estimates have put the figure even lower.

In any case, at least 34 percent of CUNY students do not qualify for a free New York public college education. The percentage of State University of New York, or SUNY, students who don't qualify is even higher.

Governor Cuomo's staff was explicit in its instructions that the governor was not taking any questions following his bill signing on Wednesday, leaving in place any lack of clarity about the Excelsior Scholarship's specifics.

"If you're Andrew Cuomo, and you're running for president, it's a great symbol," said Prof. Bloomfield. "But by the same token that Obamacare is not universal health coverage," he continued, "the Excelsior Scholarship is not universal financial aid."

Still, the program is expected to draw many applicants. Potential recipients can visit this website to see if they qualify.