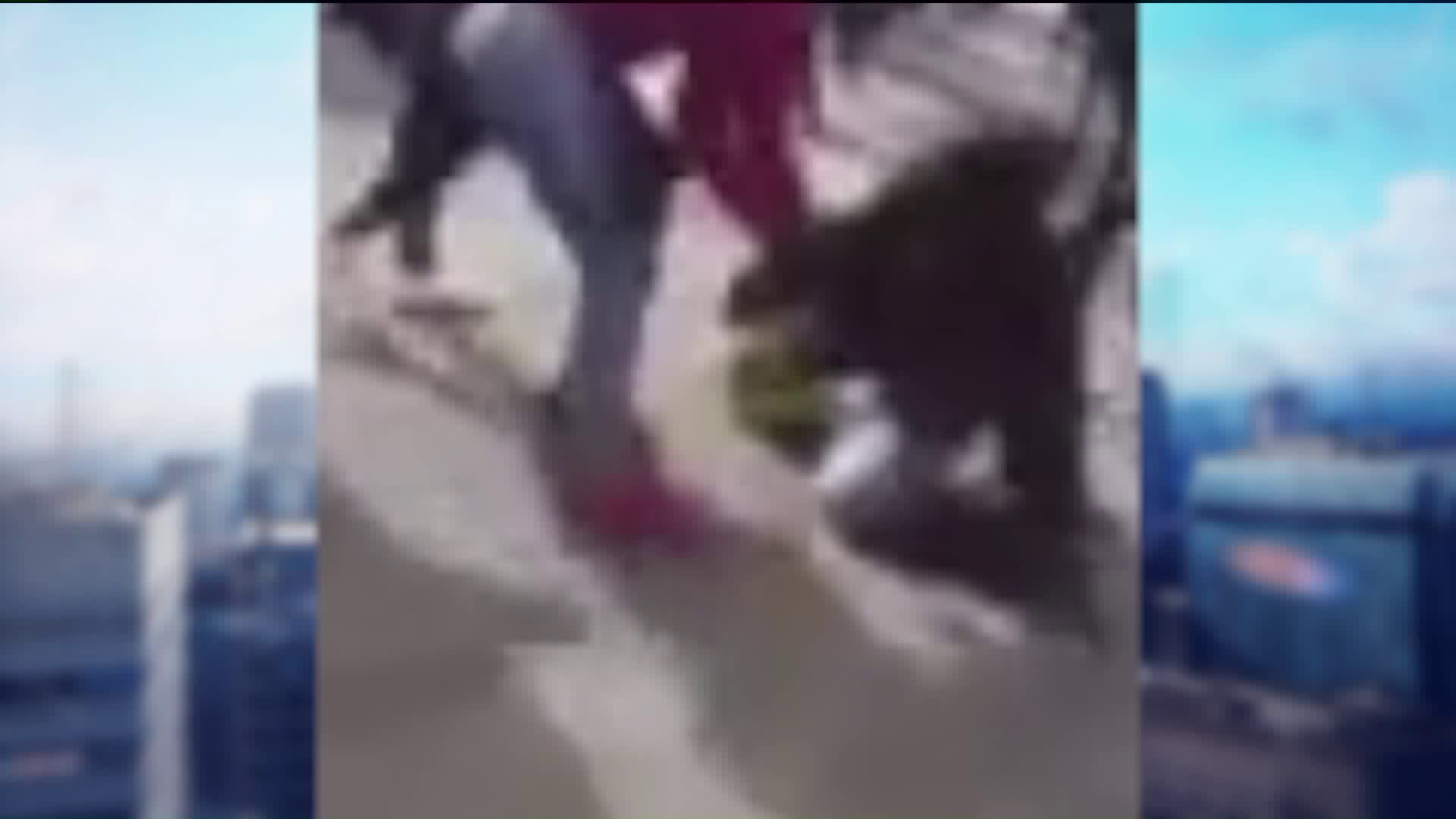 The victim had her cell phone and MetroCard stolen.

BROOKLYN, N.Y. — Police are searching for a group of teenage girls that assaulted and robbed another girl in broad daylight Tuesday afternoon.

The victim was at the skating rink with her friends at Brooklyn Bridge Park when they took the skates off to get something to eat.

That's when witnesses say the group of teens stepped in and began attacking her. They allegedly stole her cell phone and MetroCard.

A witness who tried to intervene was also assaulted.

The victim's mother said the teen has a fractured nose and bruises to her face. Her mother does not want her to be identified.

A police report was filed and police have identified one of the teens in the video.

Community advocates are calling on witnesses to come forward and help them find the suspects.