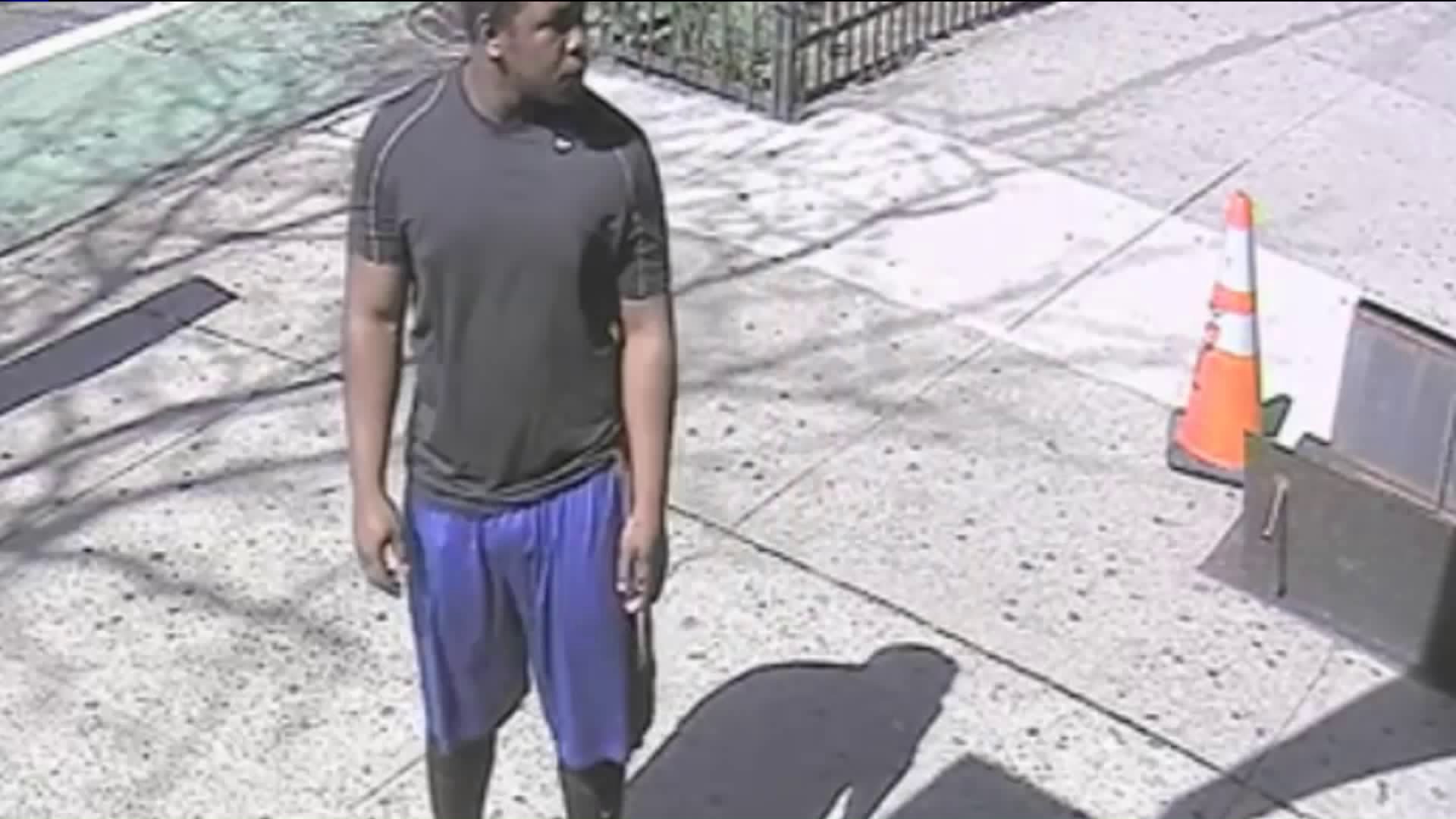 A boy was inside along with several other patrons and workers when a gunman stood on a sidewalk, aimed and fired two shots in a Harlem barbershop Tuesday afternoon, police said.

UPPER WEST SIDE, Manhattan –– A boy was inside along with several other patrons and workers when a gunman stood on a sidewalk, aimed and fired two shots in an Upper West Side barbershop Tuesday afternoon, police said.

In new video provided by police overnight, a man can been seen walking up to 927 Columbus Ave. at 105th St. around 2:15 p.m., stopping and then pulling a gun from his blue basketball shorts. He's all amped up as he blasts a bullet into the business.

Then upon realizing he misses his intended, 12-year-old target, he sidesteps back aims and fired again. Fortunately for everyone inside, including that boy – he missed again.

Police sources tell PIX11 witnesses overheard the gunman asking the boy, "Are you from Douglass?" An apparent reference to Frederick Douglass Houses nearby.

When the victim replied "yes," it nearly lead to his demise.

Police are looking into whether there was some sort of gang-involvement in the shooting. But the circumstances are still unclear because detectives have yet to locate the 12-year-old to question him. He ran off scared for his life before police arrived at the barbershop.

The shooter is described to be about 5 feet 9 inches tall. He was last seen wearing a black shirt and blue shorts.

According to NYPD statistics, there's been only one shooting incident in the 24 Precinct in the last decade.