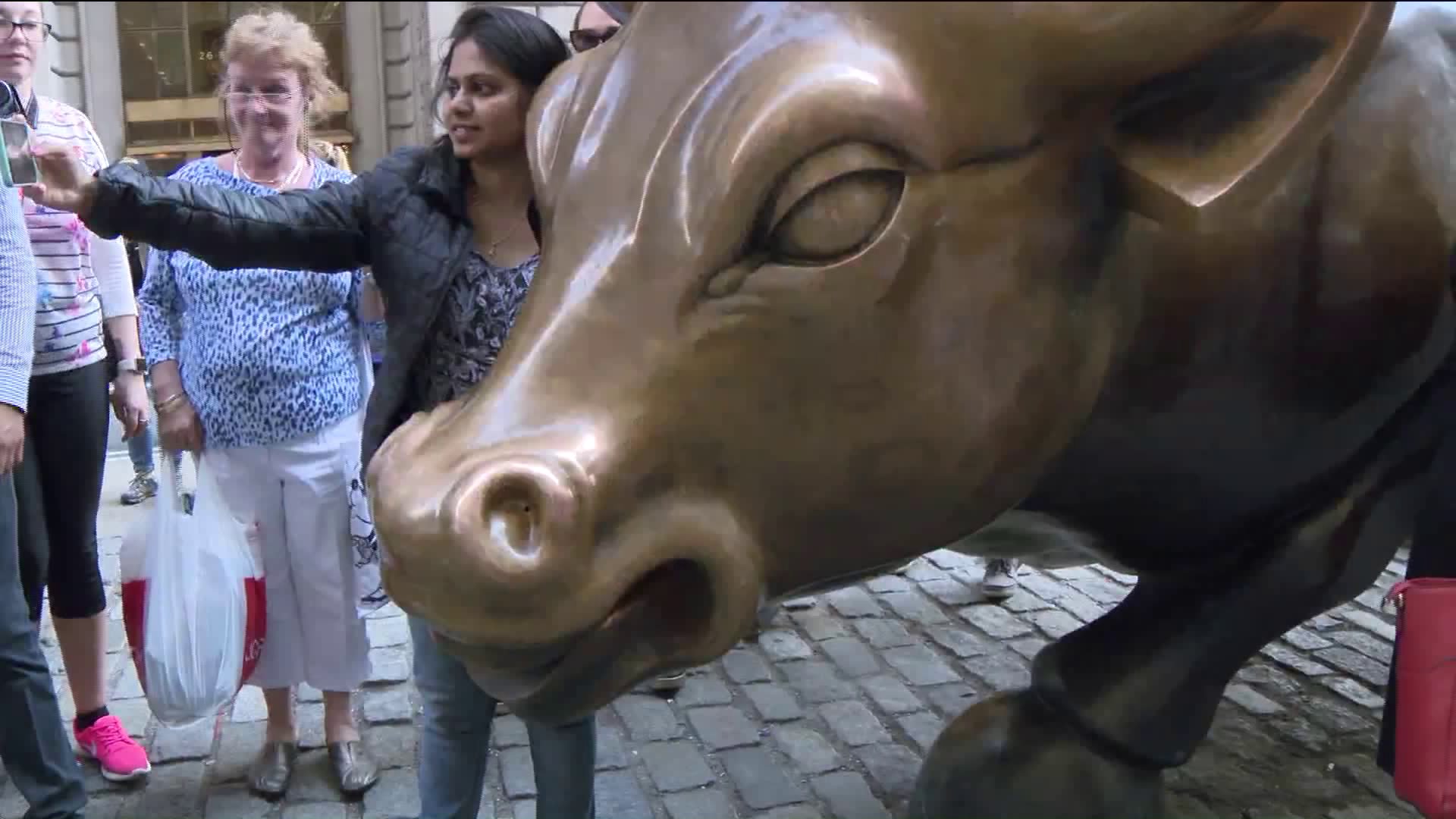 The 4-foot girl staring down the 11-foot bull with hands planted on her hips quickly became a tourist magnet, drawing global attention on social media.

NEW YORK — The sculptor of Wall Street's "Charging Bull" statue is accusing New York City of violating his legal rights by allowing the "Fearless Girl" statue to be installed facing the bronze beast, without his permission.

Attorney Norman Siegel told The Associated Press that Arturo Di Modica will explain at a news conference Wednesday exactly how he's challenging city officials who issued a permit for the bronze girl to stay until February. Siegel said he's demanding that the city release documents showing what procedures were followed.

Artist Kristen Visbal's figure was first placed on a traffic island near Wall Street on March 7, on the eve of International Women's Day, to make a point: There's a dearth of women on the boards of the largest U.S. corporations.

The 4-foot girl staring down the 11-foot bull with hands planted on her hips quickly became a tourist magnet, drawing global attention on social media while awakening the imaginations of live visitors who posed for pictures. In response to petitions with tens of thousands of signatures for the statue to stay longer, Mayor Bill de

Blasio announced that the city permit was extended for nearly one year.

The Italian-born sculptor says the presence of "Fearless Girl" infringes on his own artistic copyright to the "Charging Bull," by changing the creative dynamic to include the other bold presence.
A spokeswoman for the mayor did not immediately respond to a request for comment.

There was a time when "Charging Bull" was in a position similar to the "Fearless Girl" — waiting for the city to allow the piece to stay.

Di Modica had installed the massive bronze in front of the New York Stock Exchange after the 1987 stock market crash, without a permit in the middle of the night — as a symbol of America's financial resilience. The city eventually responded to the public clamoring for the artwork to be allowed to remain in the Financial District, steps from Wall Street.

The sculptor came to him about 10 days ago, said Siegel, the former director of the New York Civil Liberties Union handling the case with attorney Steven Hyman.

A lawsuit has not been filed, said Siegel, who declined to say whether or when that might happen.