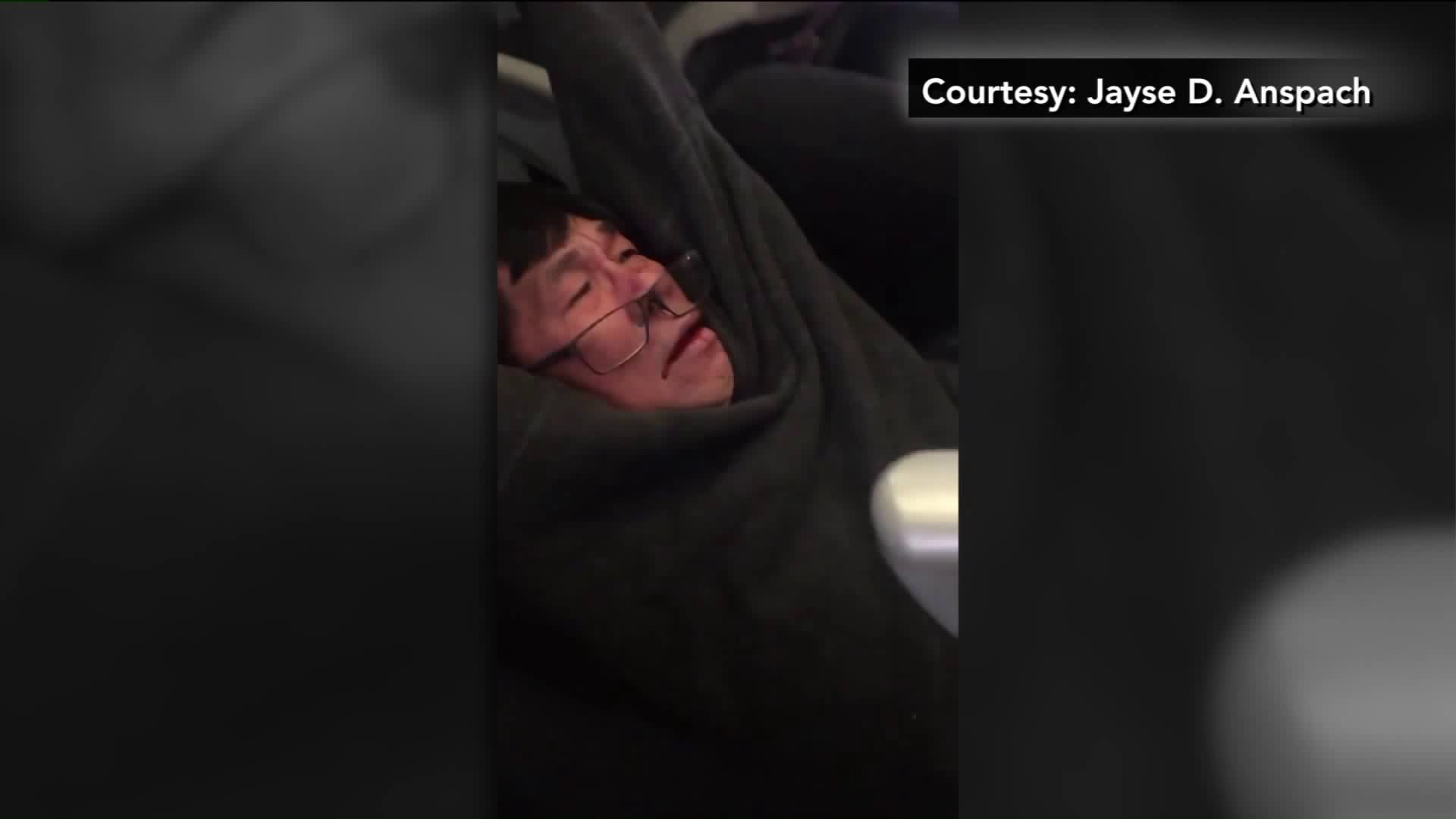 NEW YORK — Cell phone video showing David Dao, 69, being dragged down the aisle of a United Airlines flight by officers with the Chicago Department of Aviation has prompted worldwide outrage.

"It's very dangerous dragging someone up the aisle not just for him but for other passengers, there's got to be a safer way to remove him, said Robert Firpo-Cappiello with Budget Travel.

"It escalated to what we call air-rage quickly neither party wins when that happens," he said.

United’s CEO, Oscar Munoz initially praised the behavior of his staff, but today issued an apology, saying in part:

"Like you, I continue to be disturbed by what happened on this flight and I deeply apologize to the customer forcibly removed and to all the customers aboard. No one should ever be mistreated this way.I want you to know that we take full responsibility and we will work to make it right."

"I think clearly, watching another human being dragged down an aisle, watching blood coming from their face after hitting an arm rest and whatever — I don't think there's a circumstance that you can sit back and say this probably could have been handled a little bit better, when you're talking about another human being," said White House Press Secretary Sean Spicer.
"I think on a human-to-human standpoint, to watch a human being get dragged down an aisle with their head banging off arm rests and not think that it could have been handled better, I would assume we could probably all agree on that," he added.

While it was initially reported the flight was overbooked, a United Airline spokesperson told PIX11 News Tuesday the flight was not overbooked, but at full capacity. They said there were four crew members who needed to get on the plane to get to their next flight.

There is an apparent system in place when passengers don't volunteer to give up their seats. Even though Dao is a doctor and said he had patients to tend to in Louisville, his occupation was not a factor.

As for how he was removed off the plane, the airline says that's a matter for aviation officers, not them.

"The airline has the right to ask you to leave for any reason," said travel expert Firpo-Cappiello.

“The family of Dr. Dao wants the world to know that they are very appreciative of the outpouring of prayers, concern and support they have received. Currently, they are focused only on Dr. Dao’s medical care and treatment,” said Chicago attorney Stephen L. Golan of Golan Christie Taglia, who along with Chicago aviation attorney Thomas A. Demetrio of Corboy & Demetrio, represents the Dao family.

"Until Dr. Dao is released from the hospital, the family is asking for privacy and will not be making any statements to the media," both attorneys said.

United Airlines says they'll doing a full review of the situation and their policies and release them on April 30.