Two men ID’d as possible killers by PIX11 in a cold case are arrested, held in jail 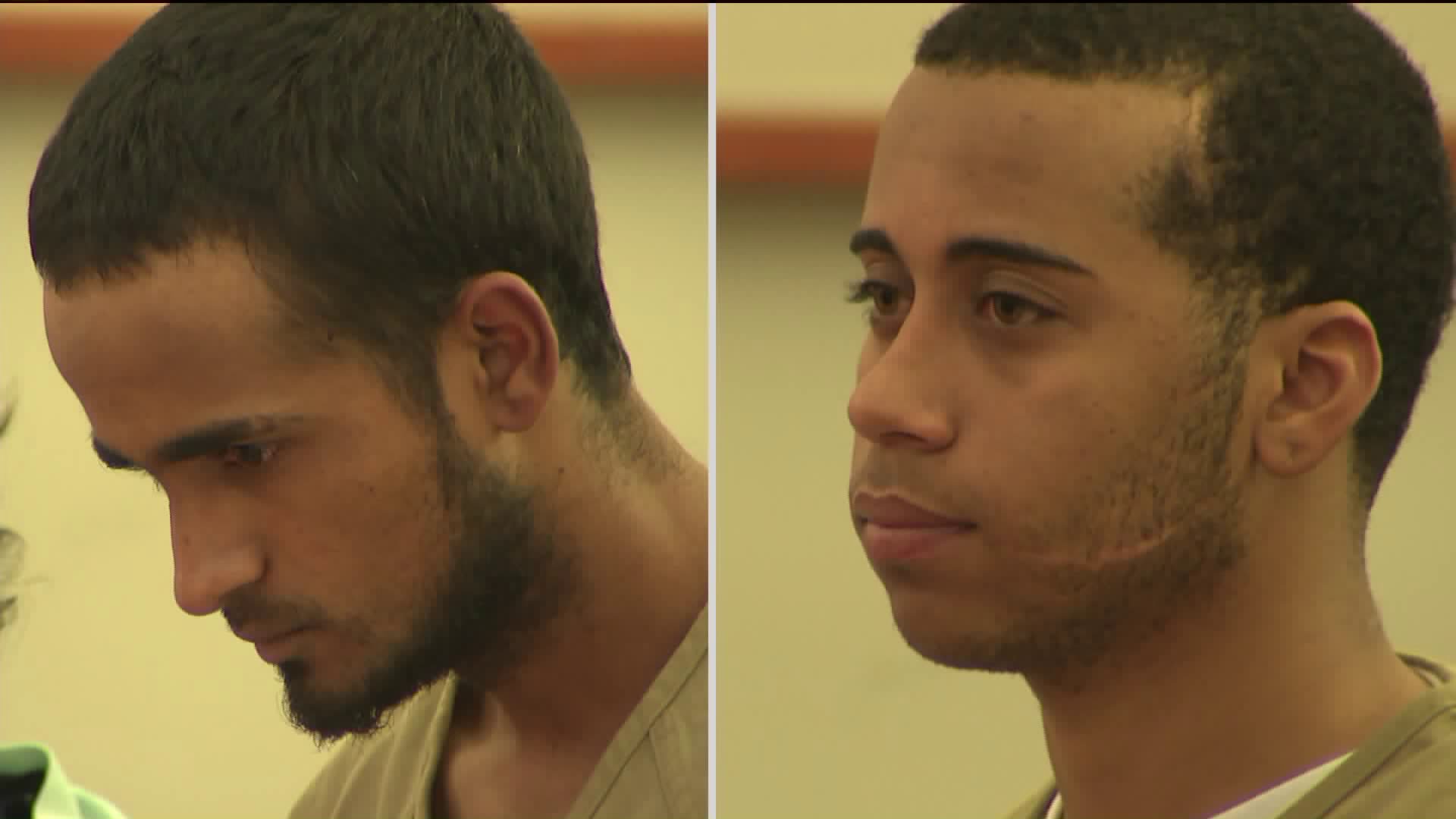 A private investigator says there`s proof the two men may be serial killers.

SOUTH BRONX — Two accused killers will remain behind bars at least until their next court hearing in the fall, due in part to reporting by PIX11 News.

In the meantime, investigations continue that may link the two men, who are charged with a murder from five years ago, to other murders in the city.

In court, in handcuffs, on Tuesday afternoon were Jose Rodriguez, 24, and Darinso Marte, 26, who is widely known as Jesus Reyes.

According to nine eyewitnesses, the two men fatally stabbed Hansel Arias in a fight in the early morning hours of August 19, 2012.

The dispute, according to prosecutors, was over whether or not Arias was involved in a gang that rivaled that in which Rodriguez and Marte are heavily involved, the Trinitarios.

Immediately after the stabbing, in a McDonald's parking lot on Webster Avenue, police arrested an innocent bystander, Enger Javier, who happened to be crossing the street two blocks away from the scene of the crime, shortly after it happened.

Javier ultimately cleared his name, but not after spending two years under arrest for the crime on Rikers Island. He recently reached an $800,000 settlement with the city for his wrongful arrest and incarceration.

What cleared him of the crime was a surveillance video that showed him talking with some female friends two blocks away from where the murder took place, at the time that it did.

The video also showed, minutes earlier, victim Hansel Arias running from a group of what appear to be gang-related attackers. Somebody in the group killed Arias. According to the man who discovered the video, it later shows who the killers are.

"New Yorkers are safer now that these serial killers are off the street," said Manuel Gomez, a private investigator who found the surveillance video. It shows two men walking away from the crime scene minutes after it takes place. Gomez said that the two men are Rodriguez and Marte, and that their arrest last weekend, after five years on the run, is a milestone in pursuing justice in the case.

"The only way this case is going to go further," Gomez said in an interview with PIX11 News, "is when I connect them to the other murders that I have in the Manhattan and the Bronx."

Gomez, a former NYPD cop and US Army intelligence officer, referred to other surveillance video he's obtained, which he says shows Rodriguez, who goes by the street name Bebo, and Marte, who's known on the street as Cibao, wielding the machetes they used in the 2010 murder of Mohamed Jalloh in Upper Manhattan.

Somebody else has been charged in relation to that crime, and the Manhattan District Attorney's Office and NYPD declined to comment about the possibility of Rodriguez and Marte being involved in that murder. However, at least one witness has connected the men to that crime.

Gomez, the private investigator, said that there were more such crimes in which "Bebo" and "Cibao" are involved.

The attorney with whom Gomez works closely on many criminal cases, John Scola, credits Gomez with finding the surveillance video that broke open the case. Scola also said that the combination of attention paid to the case by PIX11 News and scrutiny from City Hall led to the arrests.

Scola and Gomez wrote to Mayor Bill de Blasio earlier this year about the case.

"We commend the mayor," said Scola, for looking closely at the case. That, the attorney said, helped to ramp up the investigation. "They wouldn't have done it otherwise," he told PIX11 News.

Conversely, that may end up being the defense for the two men now under arrest.

"It makes me think the only reason they're [prosecuting]," said Lynn Calvacca, the lawyer for Rodriguez, "is somebody is putting fire up their kazoo. That's the only reason." Her client and Marte pleaded not guilty.

Citing the severity of the charges, however, the judge, George Villegas, denied bail to the two men.

Their next appearance in court is scheduled for September 5.